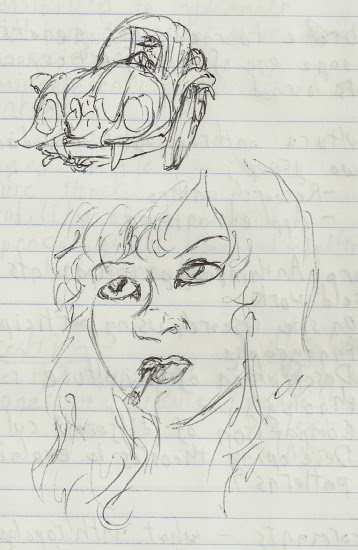 A bit groggy to-day, but I still generally feel better than I have in weeks. I had the first alcohol I'd had in over two weeks last night, just a hot toddy. I might soon try making the mulled cider from this site of Lord of the Rings recipes Virginia Corbett tweeted a link to to-day--I'm assuming the "cider" is alcoholic. 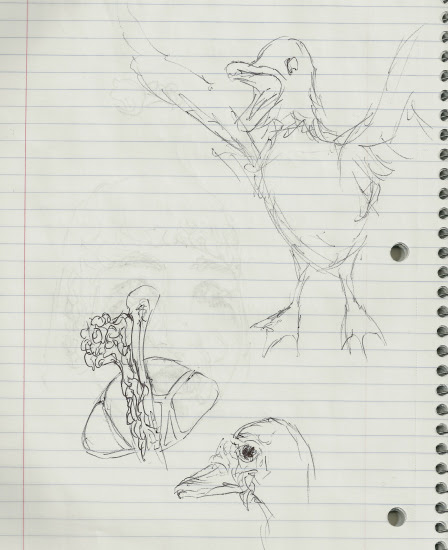 Not to-day, though--I have too much reading to do. I think I did well on yesterday's quiz, which was open note, but my notes are still mostly doodles. 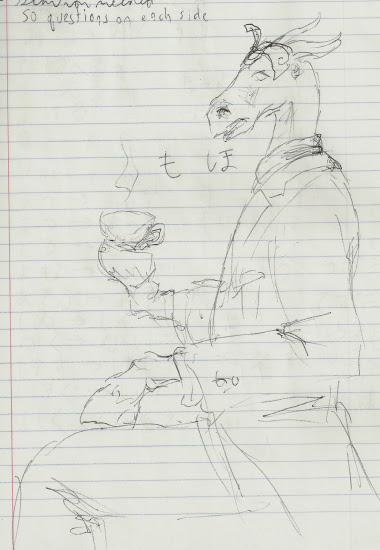 Reading about the Spanish conquest of the Americas put me in the mood for Mexican food to-day, so I walked to the Rubio's for a burrito, lingering on the way to follow the egret a bit, who I've decided to call Ixta after a character in the Doctor Who Aztecs serial. 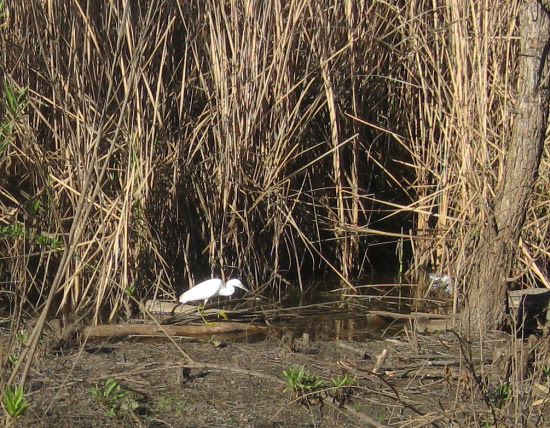 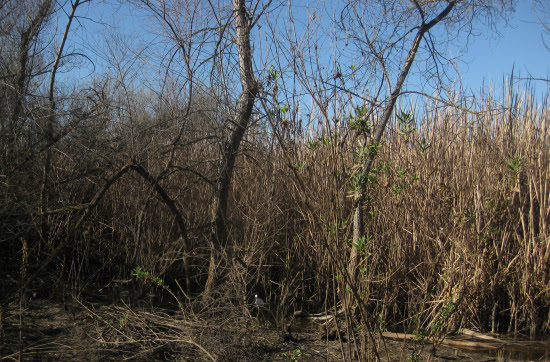 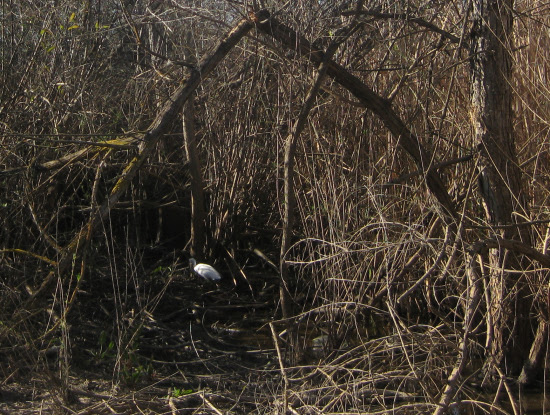 And here's one of the many lizards who were speeding across the path; 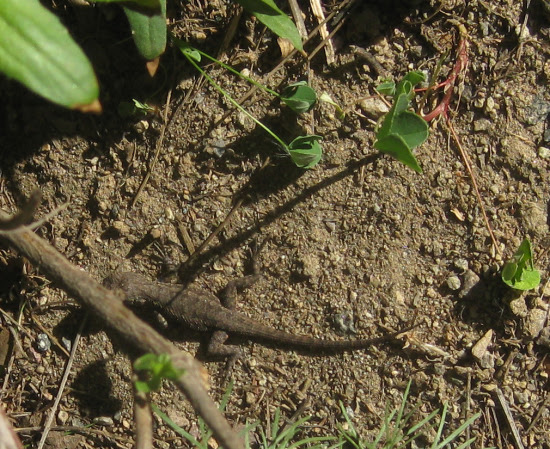 I brought the burrito home and watched the last episode of "The Armageddon Factor", one of the worst Doctor Who serials I've seen. It was written by Bob Baker and Dave Martin, who seem to alternate between writing the really bad ("The Invisible Enemy") and the pretty good ("The Underworld"). Unfortunately, "The Armageddon Factor" more closely resembled "The Invisible Enemy" with its arbitrary plot twists and characters who seem more like they're drawing on the experience and imagination of a couple television writers rather than the experience or imagination of the characters they're supposed to be. The villain, called "The Shadow" (who most assuredly did not know what evil lurks in the hearts of men) has a lie detector he uses only once, relying on vague physical torture on other occasions to extract information later parts of the serial decide he already knows. Then there's the Doctor's temporary ally, Drax, mistakenly thinking the Doctor wants Drax to use a shrink ray on him (for no apparent reason).

But the serial did feature the introduction of the beautiful Lalla Ward as Princess Astra and who I've learned takes over, for some reason, the role of Romana from Mary Tamm in the next season. It's nice to be able to expect more Lalla Ward, but I'm going to miss Mary Tamm, who looked particularly gorgeous in this serial. 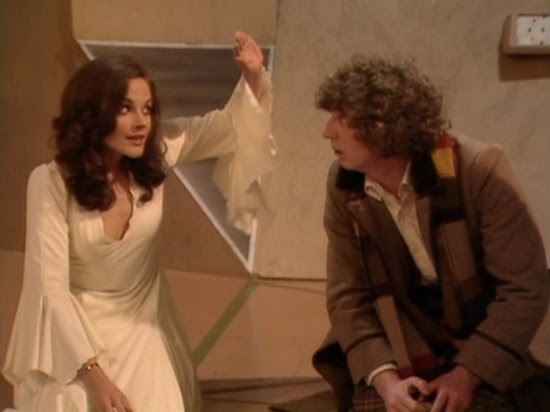 Posted by Setsuled at 5:58 PM
Email ThisBlogThis!Share to TwitterShare to FacebookShare to Pinterest