The Smile That Dripped Time 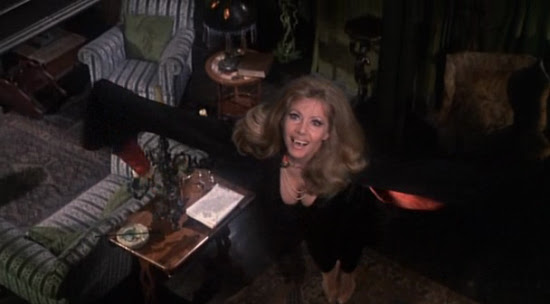 Last night I watched The House That Dripped Blood, a movie that drew me entirely by its rather impressive cast; Peter Cushing, Christopher Lee, Denholm Elliott, Jon Pertwee, and Ingrid Pitt. Pitt looked gorgeous, though not quite as good as she did when reunited with Pertwee for the Doctor Who serial "The Time Monster". 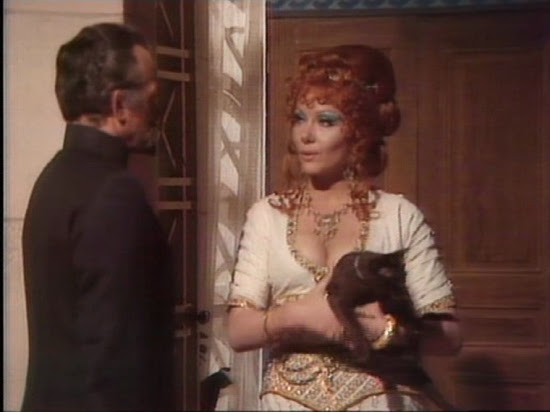 Though Pertwee, in The House That Dripped Blood, was already dressed rather as he would be as the Doctor; 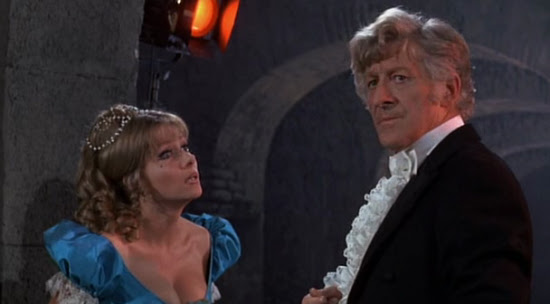 I wonder if frilly shirts were a perpetual clause in all his contracts. In this case it made sense because he was playing a movie star known for portraying vampires--and this was made back when it was generally understood vampires dressed this way. His role seemed to me like it was originally meant for Christopher Lee as it seems to be poking gentle fun at Lee's career playing Dracula, though I've learned the role was in fact originally offered to Vincent Price.

The House That Dripped Blood is an anthology film, the best segment of which was the one in which Lee does appear--as the high strung father of a strange, sheltered little girl. Though, honestly, none of the stories are particularly good. Scripted by Robert Bloch and based on original stories by him, they come off more as fun schlock. 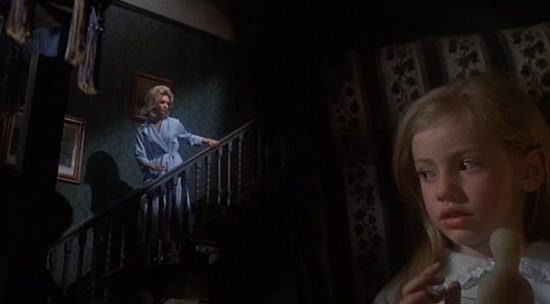 Not bad looking schlock, though. The titular house creates a nice, distinctly late 60s haunted house atmosphere. The above composite, false perspective shot reminded me of The Children's Hour.

I went from watching a film with the seeds of Doctor Who to a Doctor Who serial with the seeds of a future film--"The City of Death" featuring Julian Glover--General Veers from The Empire Strikes Back and Walter Donovan from Indiana Jones and the Last Crusade. There's even a scene where he causes a man, through special effects, to rapidly age to his death in a moment. Which I guess says something about karma in fiction.

Generally speaking, it was an exceptionally good serial, mostly written by Douglas Adams--and, I realised, the second Doctor Who serial, after the pretty good Destiny of the Daleks, to air in my lifetime. There's a lot of nice location shots in Paris and some well used humour, though the Wikipedia entry again quotes critics complaining about it at the time. Even the positive quotes seem to indicate the narrower imaginations Who's critics had at the time, like this quote from Jacqueline Rayner in reference to the unprecedented location shooting; "you're suddenly, almost violently, made aware this is happening in our world... with people just getting on with their business and two Time Lords walking through it. I don't think I've ever experienced that with Doctor Who up till now... it's the tiny touches of mundanity amid the fantastical that lift the story even higher." 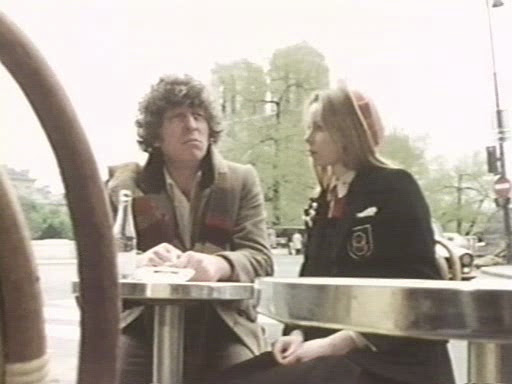 She is right, though. It's also one of the serials to benefit from creating effective supporting characters for the leads to react to, in this case a detective named Duggan, whose tendency to solve problems by punching them is continually mocked, praised, and criticised by the Doctor and Romana. One of my favourite exchanges is between Romana and Duggan, after they've broken into a cafe for no apparent reason;

ROMANA: You should go into partnership with a glazier. You'd have a truly symbiotic working relationship.

ROMANA: I'm just pointing out that you break a lot of glass.

DUGGAN: You can't make an omelette without breaking eggs.

ROMANA: If you wanted an omelette I'd expect to find a pile of broken crockery, a cooker in flames, and an unconscious chef. 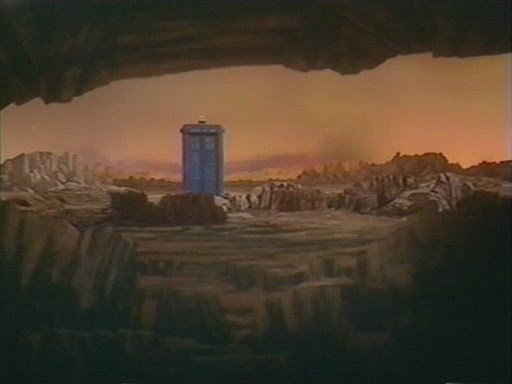