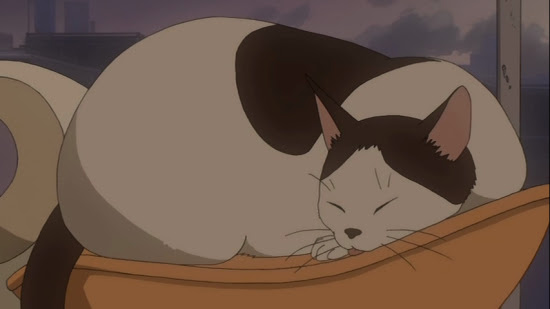 A round, smiling wolf bounced down a green hill.
German signs were read uselessly in Thai.
The ink vanished again on Acme's will.
Wedding rice grains impregnated the sky.
Na'Vi sacrificed their own to the sun.
Aztec spacemen conquered the blue assholes.
Fire snakes and birds make cg men run.
Starving survivors ate their own tadpoles.
Pirates cannot pillage purple forest.
Quartz rays reflect the man's impulse to steal.
Tentacle plants are snubbed every harvest.
An enigma to Rubik was the wheel.
Soil saturated with rum might burn.
But it's tequila dirt that gets the worm.

Last night I finally got around to watching The Adventures of Buckaroo Banzai Across the 8th Dimension. It wasn't bad. A lot of what keeps it from being empty camp is just how ice cool Peter Weller is. I read on the Wikipedia entry he partly based his performance on Adam Ant. I never realised how much he looks like Adam Ant.

The story itself moves along as a nicely unpredictable pulp adventure. Ellen Barkin's damsel in distress character was a little annoying, especially since I could see the narcissistic little boy fantasy the movie was tapping into. Which, again, is why Peter Weller manages to make the movie work. He can be a brain surgeon, race car driver, physicist, and rock star without seeming full of himself. He somehow gets across just how cool it is to be each of those things. 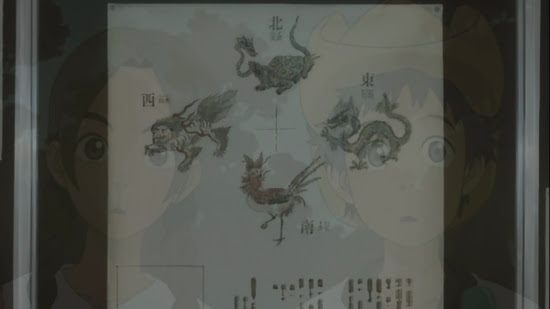 With breakfast to-day I watched the first episode of Magical Shopping Arcade Abenobashi, a Gainax series from 2002 that somehow escaped my notice up until now. The first episode, which credibly conveys the little world of the old shopping arcade from the perspective of a couple kids who grew up living in it, was tremendously refreshing for its focus on real character rather than just a handful of stock types for viewers to jerk off to. Sadly, that's become one of the things that distinguish Gainax--from Panty and Stocking to FLCL to Kare Kano--Gainax's shows feature an uncommon attention to character building. 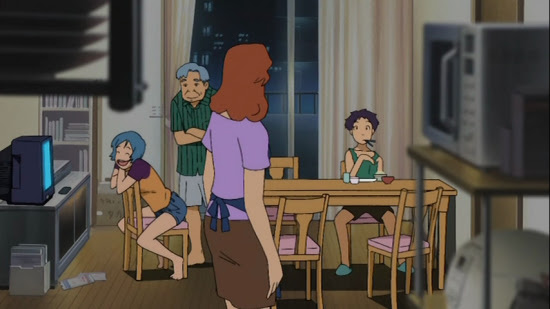 I also watched this to-day;

Draw your own conclusions.
Posted by Setsuled at 7:02 PM
Email ThisBlogThis!Share to TwitterShare to FacebookShare to Pinterest