There aren't quite so many clouds about my mind to-day. Still, I want this week to be over. I probably shouldn't be walking as much as I have been--you're not supposed to get exercise on the antibiotics--but it turned out the school parking permit was forty dollars. That's just too much to pay for a parking lot that's usually full anyway.

When I got on campus last night, I realised I'd left my bottle of water in the car, and wandered the school fruitlessly searching for a vending machine that sold real water, rather than just Dasani. I finally found some at the college book store, and I sat on a bench outside trying to read my history text book, which is this annoying, youth pandering thing. A sixty dollar magazine with a floppy, glossy cover that kept sliding off my lap whenever I reached into my backpack. I suppose it's a little better than the trio of books for my Japanese class--I need to somehow juggle all three while doing my homework. I'm not the greatest multitasker. 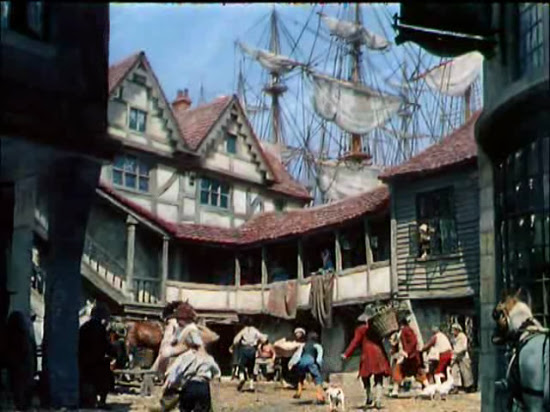 Last night I watched a really great pirate film, the 1950 version of Treasure Island. The only other version I've seen, the 1934 version, I couldn't even get through twenty minutes of, due to how incredibly put-on Jackie Cooper was in the role of Jim Hawkins. But old Hollywood didn't have a lot of good child actors--they almost always seemed just mannered than delivering a performance. 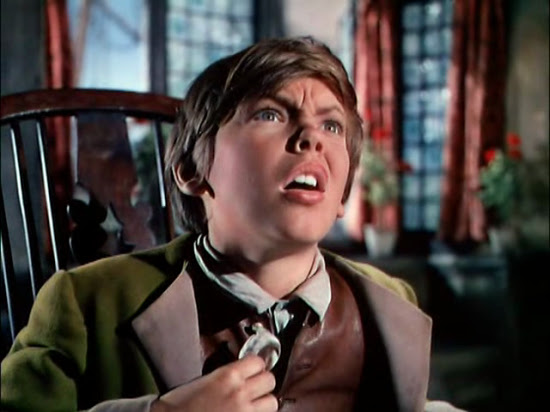 Bobby Driscoll in the 1950 version isn't much better--and was an extraordinarily ugly child on top of it--but other aspects of the production made up for it. The footage is a nice, waxy Technicolor with lots of great shadows, except the day for night shots which turn everything into silhouettes. 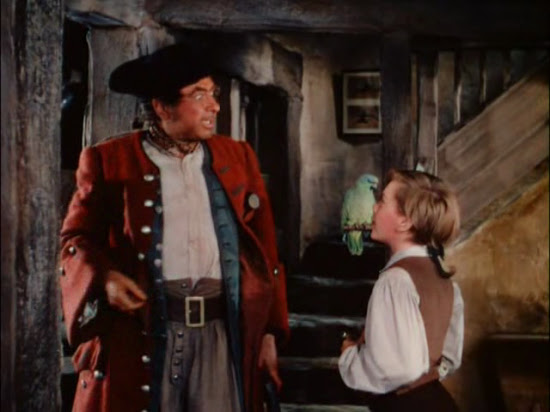 Of course the highlight is Robert Newton as Long John Silver. I could barely believe he was the same man who played the bland protagonist of Hitchcock's Jamaica Inn. In Treasure Island, he relishes in broad eye rolling and squinting while still managing to be subtle in a role that creates virtually all the tension in the movie due to Silver's duplicitous intentions and the complicated position he holds in Jim Hawkins' heart. We immediately know there's something off about him when Jim sees he's missing a leg and connects it with the warning Billy Bones issued. But the immediately following scenes have Silver as a fascinating, natural man who seems capable of telling a story one could happily listen to for hours. We're always watching him closely because the plot asks us to, and Newton makes great use of the attention.

I hadn't seen the movie since I was a kid, and the strongest memory I had of it was a real dread associated with the image of the black spot. It seemed so unclean, on the torn paper, and intrinsically tied to death. 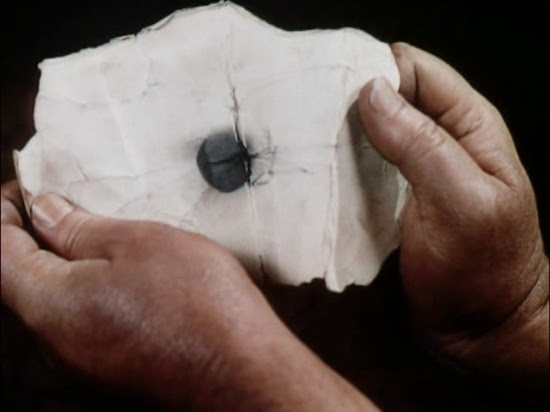