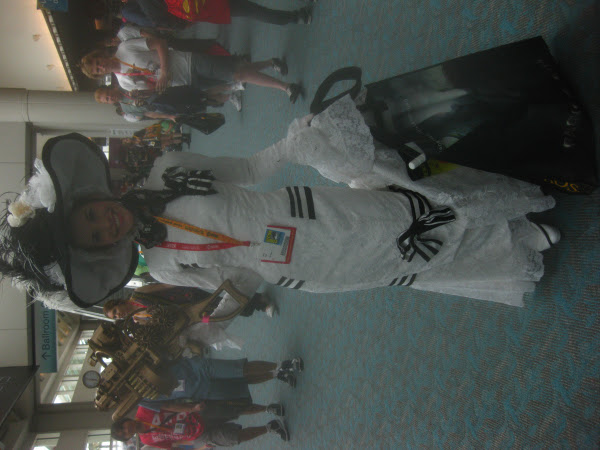 These days, even Eliza Doolittle has to carry a steampunk rifle.

Well, there's not much else I can tell you about the Con. I could mention the fact that the religious press gang was particularly obnoxious this year, one guy with a loud speaker even disrupting traffic police trying to organise the heavy car and foot traffic and persisting even after a policewoman told him stop. Particularly insensitive since there was actually a fatality this year, a 58 year old woman was hit by a car while in line for Hall H for the Twilight panel. I could tell you about that, but I'd rather show you this picture of the pope; 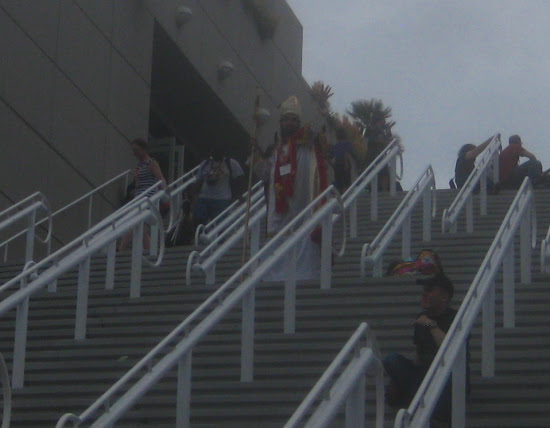 He was waving his arms grandly to all passers-by. That's how you proselytise.

Darth Helmet could be seen in the nearby elevator; 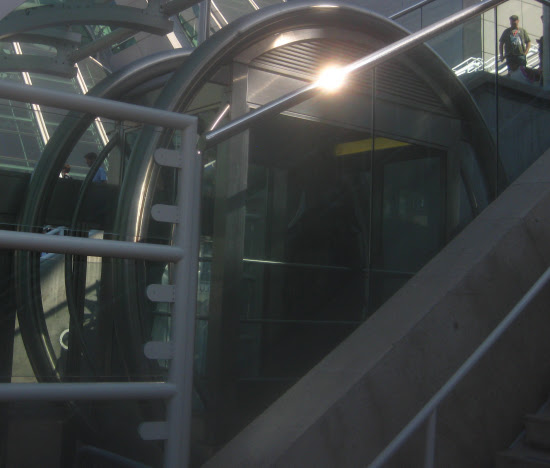 This girl seemed very happy when I told her I thought her costume was gorgeous, which it was; 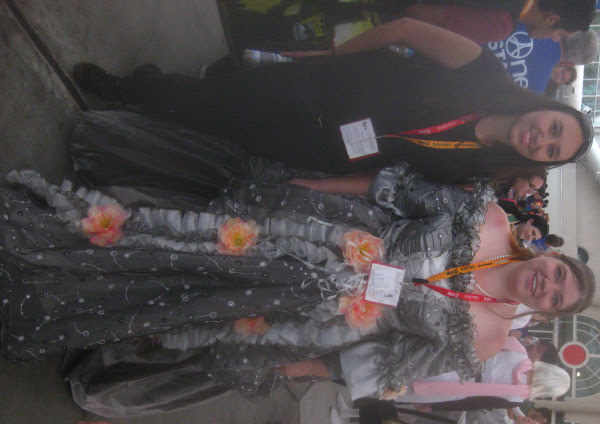 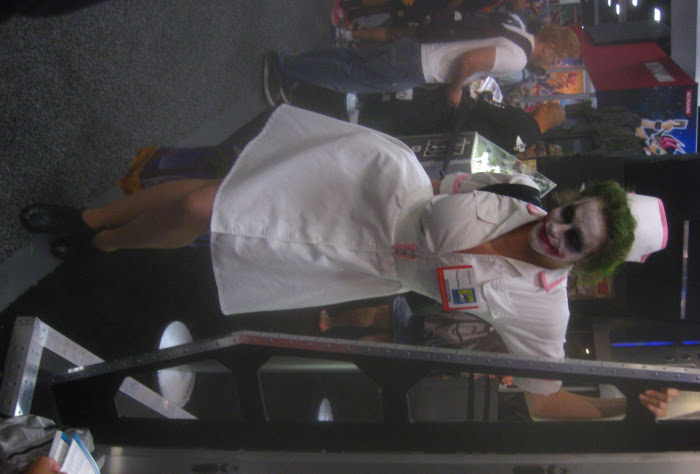 And a man dressed as a wookiee in platforms; 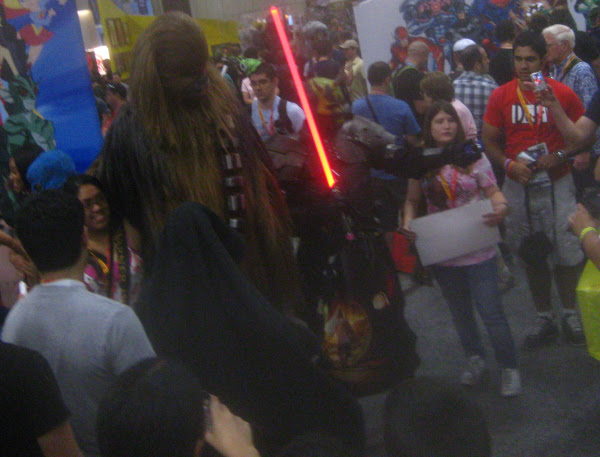 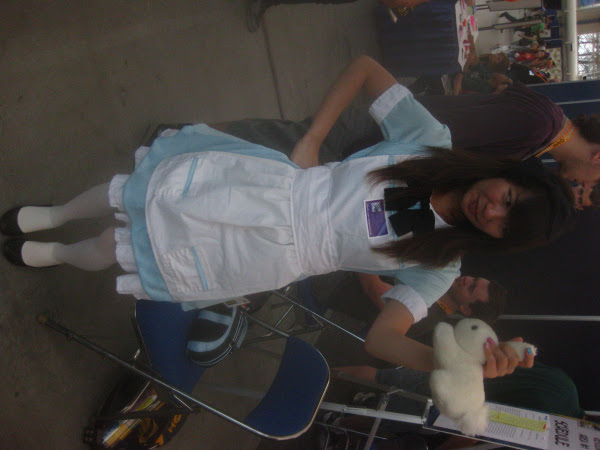 I mentioned yesterday how shamelessly I love bunny girls, so I was pleased by the inexplicable profusion of bunny girls at this year's con; 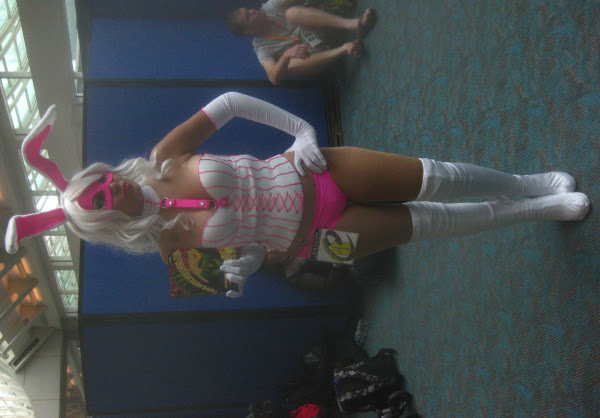 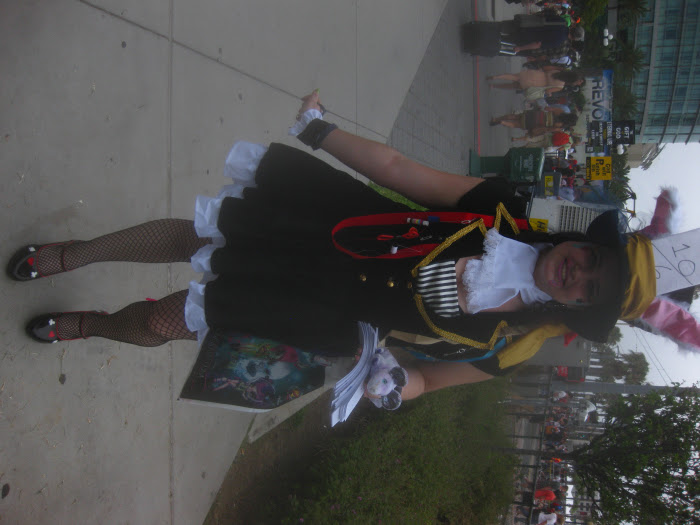 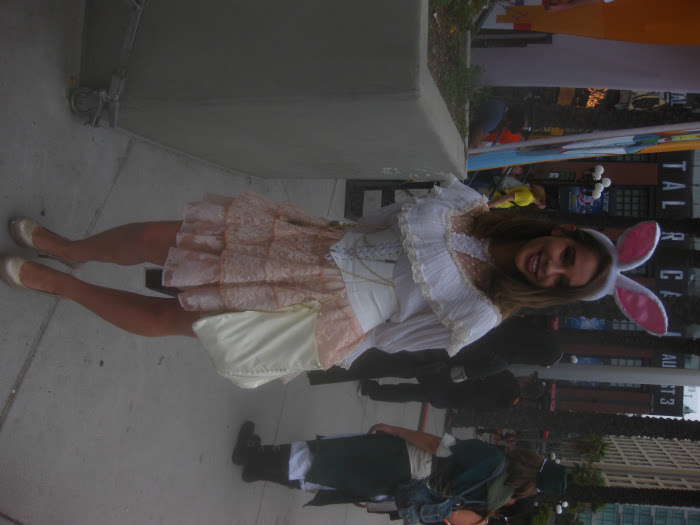 And there were a lot of Batgirls this year, but this is the only one I got a picture of; 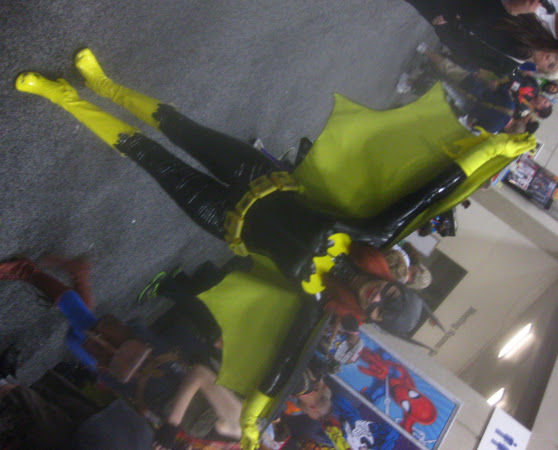 I went for the appropriate Dutch angle.

Finally, here's the last cool thing I saw as I was leaving the Con on Sunday, and I do mean "thing";

Posted by Setsuled at 2:36 PM
Email ThisBlogThis!Share to TwitterShare to FacebookShare to Pinterest