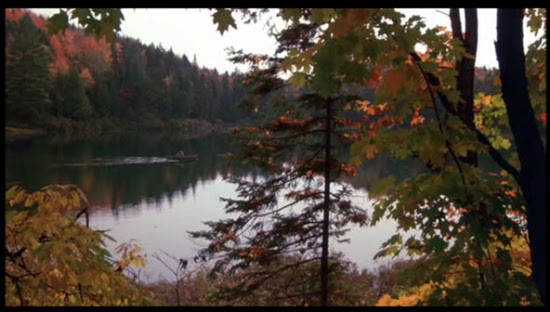 The brilliant autumn trees, hills, and farmland in the first few shots of 1983's adaptation of Something Wicked This Way Comes gave me to know they'd at least gotten one thing right. The Wikipedia entry quotes Ray Bradbury, author of the original novel, as saying of the film that it's "not a great film, no, but a decently nice one." I'd say that's about right.

Bradbury was allowed to write the screenplay, but creative conflicts with the director and the studio were behind the film's flaws--though in the end I'm surprised to see it was the studio, Disney, that played the hero and recut the end of the film to Bradbury's specifications, making it less of the "family friendly" movie director Jack Clayton wanted. The end of the movie still doesn't begin to approach the satisfyingly weird and thematically complex climax of the novel. The movie also introduces the concepts of death and aging, the gulf between childhood and adulthood, but it doesn't digest these things as interestingly as the book. 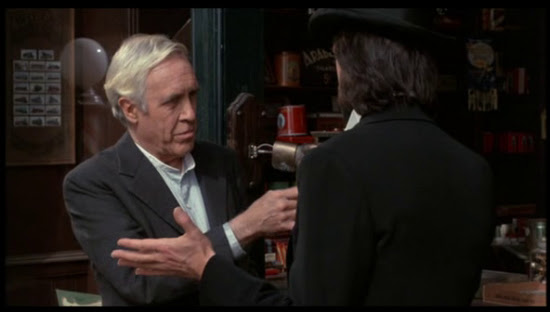 The main problem is the casting. Jason Robards and Jonathan Pryce are both good actors, but just so totally wrong for the parts they played. Robards' role of Charles Halloway was originally written by Bradbury for Gene Kelly, and one can see how essential it was to have in the part a man who may have been older and yet had a fundamental boyish quality, a sense of irrepressible mirth. You need that to make the laughing and dancing stuff at the end work. Wikipedia says Bradbury wanted Peter O'Toole or Christopher Lee for Mr. Dark--it's painful just to contemplate how perfect it would've been had Lee been in the role. With Lee in the role, it would have made the movie twenty times better. Imposing physique and voice and with his minimalist philosophy of body language, Lee would've had the perfect mix of menace and mystery. Jonathan Pryce, on the other hand, may be the least imposing and mysterious actor who's ever lived. 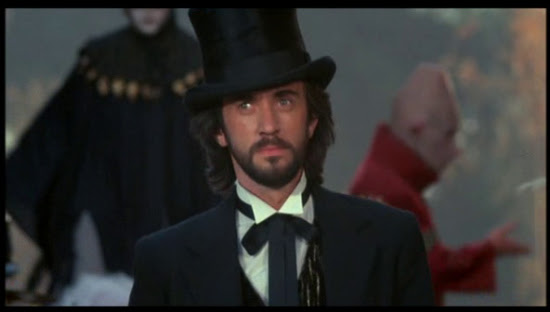 He's great as nervous and harmless Sam Lowry, but as a mastermind villain type--it's like we're being asked to feel threatened by Goofy.

Still, for the atmosphere and Bradbury's distinctive voice in the screenplay, this is a decent movie to watch in October or November. It might make a good double feature with The Trouble with Harry. 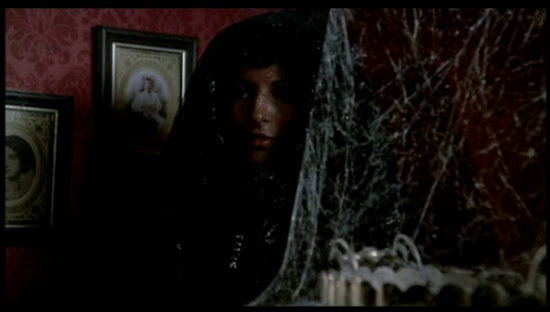 Posted by Setsuled at 2:35 PM
Email ThisBlogThis!Share to TwitterShare to FacebookShare to Pinterest