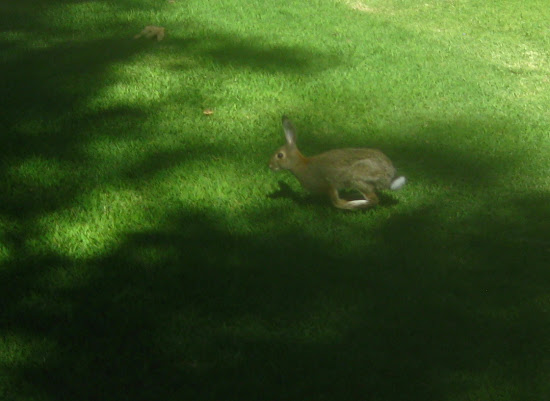 Got up too early for the second day in a row. I've been trying to get back on my pre-Comic Con schedule because I'll need it for when I start school in late August--I'm going to be taking an Astronomy lab class that goes until ten at night. I need one science class with a lab for the degree I want and this was the cheapest one. One has to have passed Astronomy 110 in order to take this class, and I took Astronomy 110 in 1999 and passed it with a C. Hopefully I can muddle through. It's only one unit, maybe we just look at stars for three hours.

I probably would've gotten a better grade in Astronomy 110 if I'd shown up for the final, but I remember I got the day and/or time wrong and when I showed up for class no-one was there.

And I'm taking Japanese III. I only just realised I got an A in Japanese II--I thought my score on the final brought me down to a B, but maybe the teacher gave me extra points for using more kanji than I needed to on the test. I do enjoy using kanji--it's daunting knowing there are so many, but it actually does often make writing easier, it's like shorthand. Why write かわ when you could write 川? Or わたし when you could write 私?

I saw to-day that people are talking about this 1979 interview with Tom Waits as Heath Ledger's possible inspiration for his take on the Joker;

The voices do sound a little similar, but I think it's more likely just coincidence. Mostly what I'm struck by in the interview is how much the interviewer and the audience seem to be against Waits. It's like a carnival sideshow. And all of the interviewer's questions are either dull or really patronising--it's like he's on the point of saying, "Does it bother you you're weird and irrelevant?" It's with some pleasure I note the video's called a "Tom Waits Interview" and nobody knows what this interviewer's name is.

I just watched a clip of Ledger in The Dark Knight and I got to thinking again how much better the music is in the second film than in the third film. All three films are scored by Hans Zimmer but the second one is Hans Zimmer with James Newton Howard. I was really into The Dark Knight's score and I remember listening to a bunch of other Zimmer soundtracks because of it and being surprised by how boring they were. He comes up with good main themes but I guess I feel he deploys them badly, you get tired of them. James Newton Howard seems to have known how to keep them vital.