The Borders of the Game

Do you like Second Life? Do you like chess? Do you like simulated sexual foreplay? Why don't you just wear a chess set then? Now you can! I made a Strip Chess Outfit and it's available here at Second Life Marketplace. 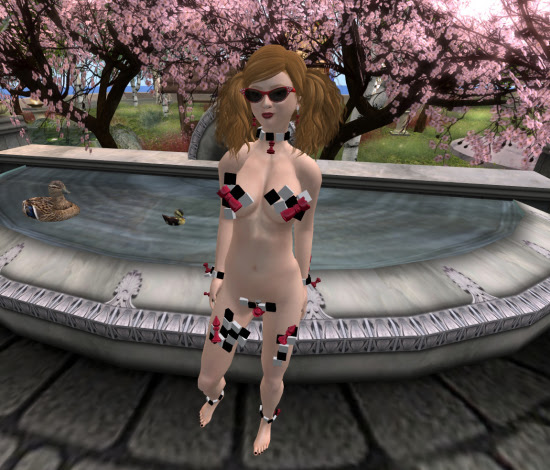 Pictures taken at Chess Garden, which my two partners, Rose and Ada, allowed me to redecorate last Saturday. I've long itched to try something like that. I went heavy for the garden theme and got some of the best trees I could find. Feel free to drop by.

Speaking of stripping, I'm amused and slightly fascinated by Madonna's current apparent mild breakdown. Flashing her breasts at the audience, using Swastikas for stage backdrops, and brandishing pistols and assault rifles at the audience in the wake of the Colorado shooting, and I found myself thinking back to her profuse public apology for MIA flashing her middle finger at a camera during their Superbowl performance--well not just apologising but saying the move was immature and "irrelevant". I don't know the context for the things Madonna's doing on stage now, but I think one would have a hard time explaining how they're in themselves more justified than MIA's middle finger. Don't get me wrong, I'm always for more naked women (see strip chess outfit above), and I don't think it necessarily needs complicated rationale.

And I'm not against an artist using shocking imagery even in the context of recent events, though I wonder what the message of those guns onstage is that Madonna feels comfortable using them. I guess she has them out during "Human Nature", which is a song I like, and maybe it's modified to be about the human propensity for violence rather than the need for sexual fulfilment, which is what I think the album version is about. It wouldn't be a particularly profound song in either case and would probably just be awkward to watch. Maybe she's really angry with herself about her reaction to MIA. Whatever the reason, even if it doesn't quite work in this case, I think the art world needs more guts and not less. 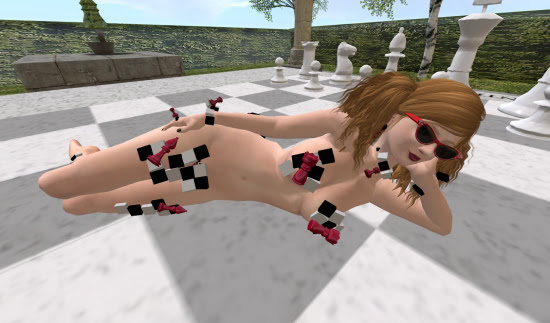