Not the Flash You were Expecting 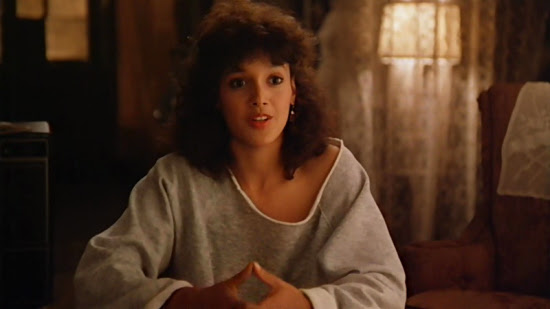 For the most part, Flashdance isn't just a bad movie, it's patronising and naive. It does have some nice musical moments, though they're less about dancing and more about improbable staging. The musical numbers and the unintentional comedy of the plot carry the film.

Jennifer Beals plays Alex Owens, a young woman who dances at a bar that is most assuredly not a strip club. Flashdance takes place in an alternate universe where most blue collar heterosexual guys scorn strip clubs and instead like to unwind after work watching elaborately produced dance routines at a nearby bar, complete with different costumes and stage dressings for each featured dancer. 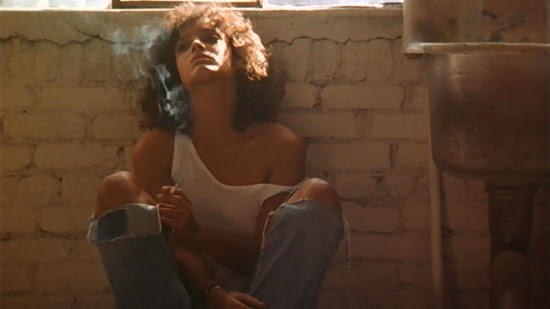 Considering the media powerhouse that is the local bar, one wonders why Alex is so intimidated by the ballet world she's trying to break into. She starts dating her boss--she's a steel worker by day. She almost loses him when he starts to leave her humble entire warehouse home because he's visibly disgusted when she talks about "seeing the music". 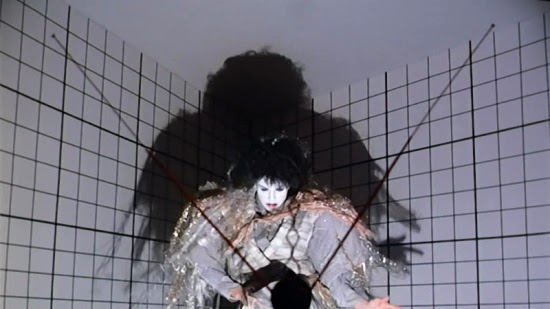 But guys in charge of steel mills aren't without connexions with the ballet world, I guess, because he uses his influence to get her an audition despite her lack of formal training. Although she would have had a one in a million chance of getting an audition without him, she's pissed off when she finds out how he helped her because I guess integrity means relying on pure, astronomically incredible luck.

The movie takes time out for Alex to storm into a strip club and force a friend out of the building who's started working there. The camera plays lingeringly over naked breasts to show us how absolutely horrible this is, underlining that women should never get naked for entertainment, unless it's for Flashdance.

But the musical numbers are nice and have a real engaging energy to them.