The Struggle for Cancan 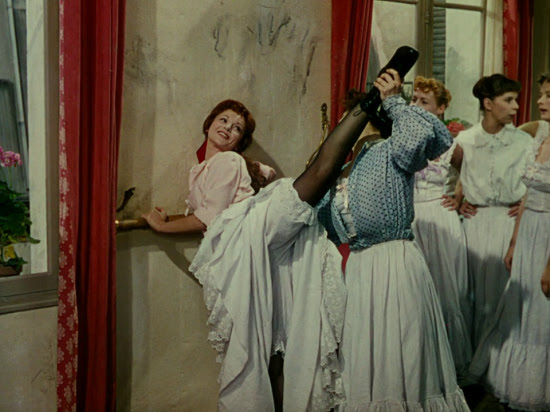 I've now seen three movies about the Moulin Rouge, and I'd have to say Jean Renoir's 1954 film French Cancan is by far the sexiest and the most fun. It's also the first one I've seen in French, and it has the sort of befuddled languor characteristic of so much French cinema--charming and lovely when done by Renoir, kind of tediously narcissistic in French films of the past twenty or so years. French Cancan concerns fictional sex dramas surrounding the construction and opening of the Moulin Rouge, a lightweight plot carried by absolutely gorgeous visuals and musical numbers. 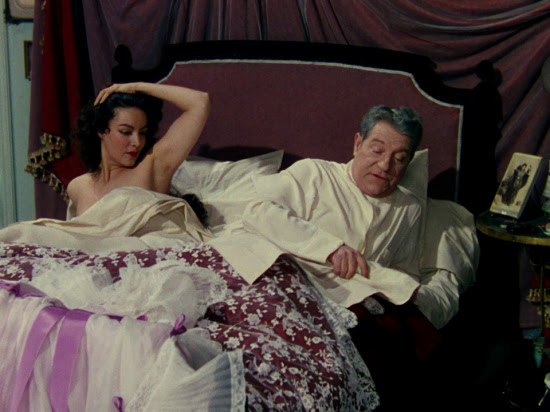 Jean Gabin plays Henri Danglard, the unflappable mastermind behind several clubs before the Moulin Rouge he never has himself the money to pay for. He seems to exist within French society of the late 1800s as a middleman between the rich and their culture, always managing to draw in funds by mysterious ways. And he's the gravitational centre of the film, his air of effortlessness and faith providing an emotional sense of scale and depth. 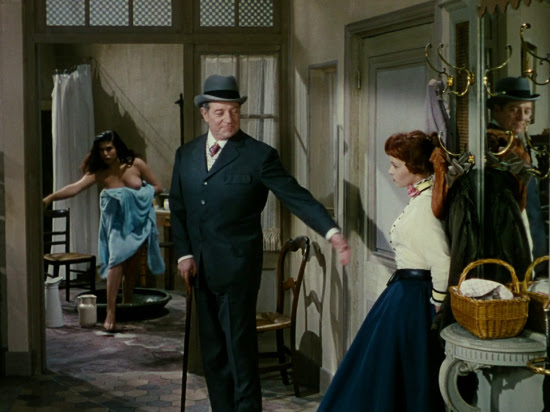 The girls are beautiful, the costumes are beautiful, the colours are beautiful. Danglard recruits Nini, and through her POV we see the process by which girls are trained in a cheap practice hall to dance in Danglard's various venues, the procedural quality distinctly reflecting the doubtless influence had on the film by The Red Shoes. There's nothing like the resonance of The Red Shoes' character drama in French Cancan's tabloid-like tale. But there is an awesome catfight. 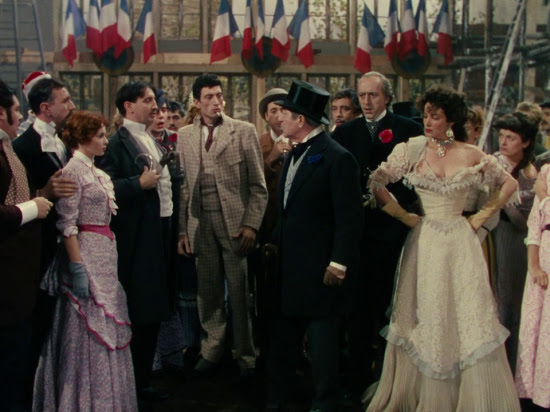 Maria Felix plays Lola, the first lover we see Danglard with, and her top is constantly threatening to come off. 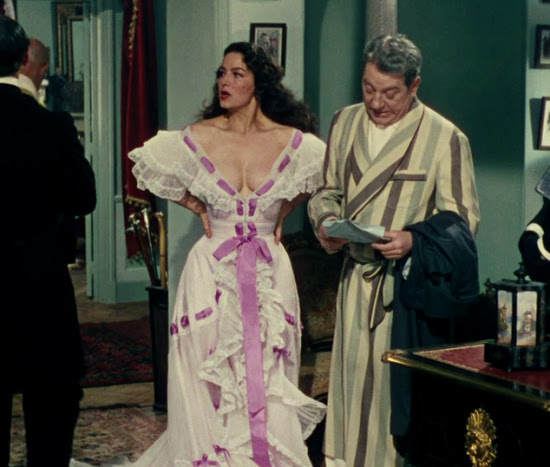 Felix sounds like a fantastic star, I wish I could track down more of her films. Even on Wikipedia, most of the links to her movie titles go to the wrong pages--like a film she did called Mare Nostrum just goes to a page about the Mediterranean Sea. 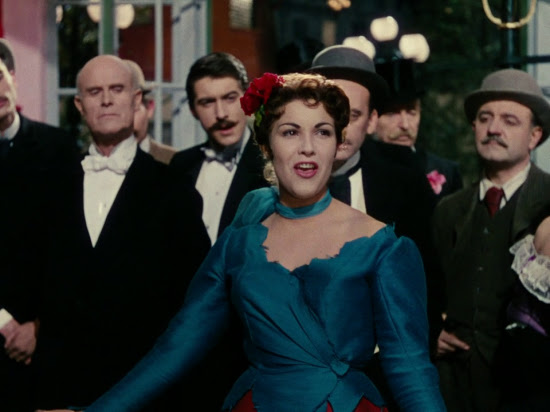 Oh, and Edith Piaf's in the film, performing. So there's a lot to take in here.