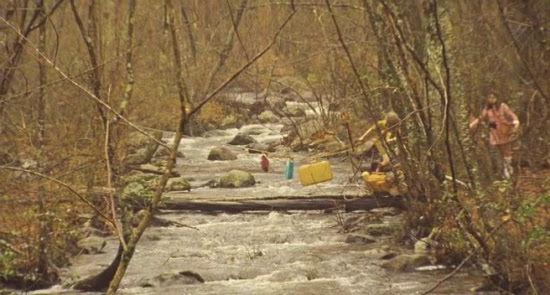 Now let us go back to that year of myth and wonder, 1965. Or so that year seems in Wes Anderson's Moonrise Kingdom, set on the beautiful, fictional New England island called New Penzance, it's a story that plays like a great fantasy adventure, following a pair of young lovers in their desperate trek through the wilderness, fleeing the grasp of adults led astray in their maturity. It's a very good movie, about the redemption innocents can inspire in adults and the pretty, constant frailty of human life. 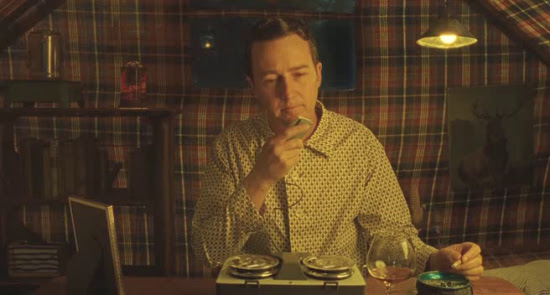 The story's set a few days before a hurricane of legendary proportions is set to hit the small island and orphan Khaki Scout (like a Boy Scout), twelve-year old Sam goes AWOL from his troop. The troop's led by a weenie named Ward--Edward Norton in a too rare bit of appropriate casting, who in a series of romantic hero lead roles (The Illusionist, Down in the Valley), seems to have striven against his "thirty year old boy" look and voice. But here at last it looks as though he's gotten something like a sense of humour about himself again. 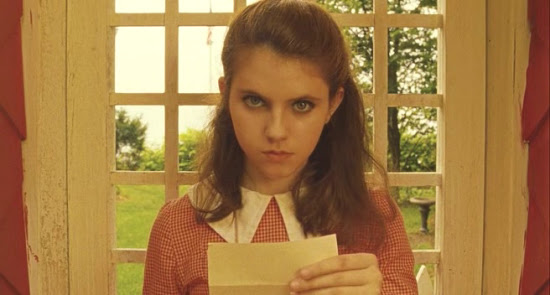 Also going AWOL is Suzy Bishop, a girl who seems a couple years older than Sam--taller in any case--who has a violent temper, a perpetually serious demeanour, and an obsession with fantasy novels. Her parents she's escaping from are a couple of anal retentive lawyers played by Bill Murray and Frances McDormand, the latter of whom is wound tight at all times, comfortable using a megaphone rather than raising her voice to call the children to dinner, and Murray's character, Mr. Bishop, is the closest thing to an actual villain in the film, but filled with too much evident self torture and human frailty to be truly hateful. He's somehow both menacing and deeply melancholy as he goes outside, shirtless, with a bottle of wine and an axe to find "a tree to chop down." 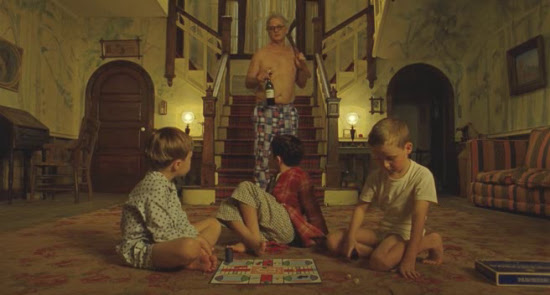 In charge of tracking down the children is a sheriff played by Bruce Willis, who proved to me once again it's impossible to respect any man wearing a short sleeved button down shirt. 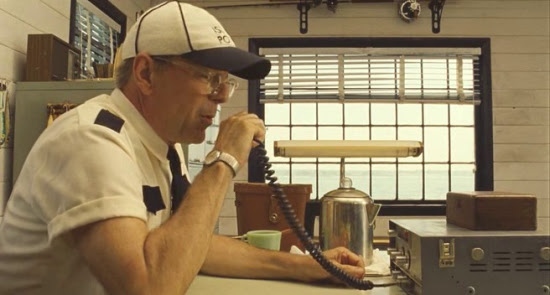 Suzy describes him as "dumb and sad", but he has a gentle wisdom about him too, as well as an admirable humility, as he's able to admit to young Sam that the boy's probably smarter than he is. 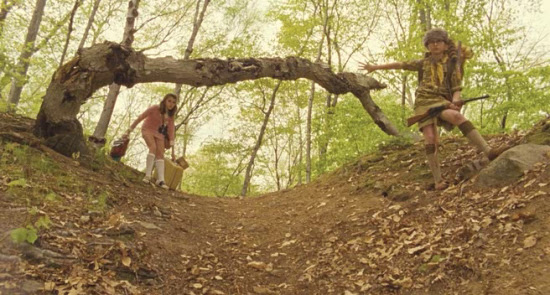 Sam and Suzy's journey through intensely beautiful shots of Rhode Island wilderness is the centrepiece of the film and around which all other things orbit. They're written with frank and effective innocence, exploring duties as a couple, their emotional boundaries, their sexuality, and the accuracy of their conceptions of reality. When Suzy tells Sam how magical and special she thinks orphans are, he replies, "I love you, but you don't know what you're talking about." Sweetly, the first part of the statement is all that seems to stick with her.

As the storm approaches, it seems to become a manifestation of the Gods' advocacy of the purity of Suzy and Sam's relationship as genuine human affection functioning without the abstract bullshit the adults have locked themselves into. 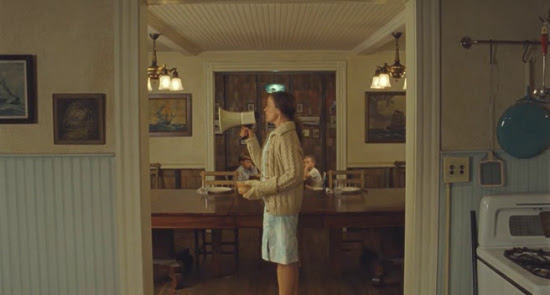 Anderson's often static and carefully arranged compositions remind me of Ozu--they almost always seem to consist of deliberate layers of frames leading the eye to a point in the image. 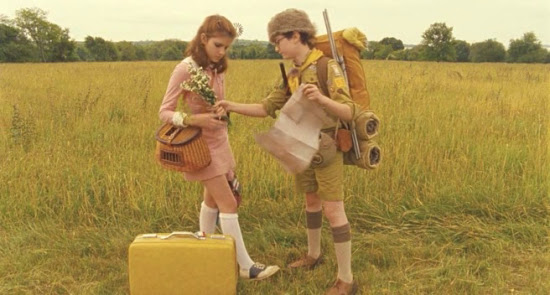 Ozu almost always shot from low angle, but though Anderson isn't dedicated to any one angle like that, he seems to generally lean more towards high angle, with the horizon being near the top, which adds to the sense of all the characters being small, fragile creatures of limited perceptions. In his review, Roger Ebert says Anderson is "the only American director I can think of whose work reflects the Japanese concept mono no aware, which describes a wistfulness about the transience of things." Which is probably another reason I was reminded of Ozu. Posted by Setsuled at 4:06 PM
Email ThisBlogThis!Share to TwitterShare to FacebookShare to Pinterest