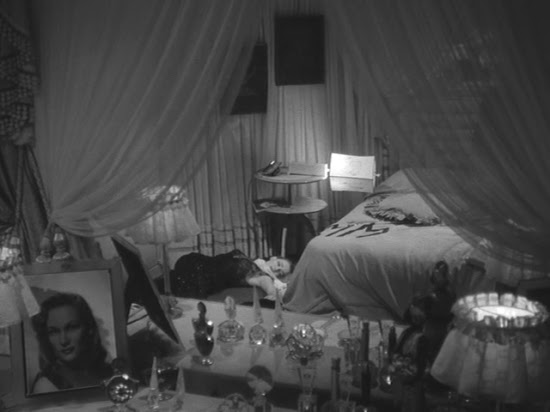 There's maybe one truly innocent person in 1946's Black Angel, but most of the characters are people who have ruthlessly, reluctantly, or in a fit of derangement irrevocably compromised themselves. It's a good film noir that twists presumptions of morality well past the breaking point.

The movie begins with a killing, a beautiful singer who seems to be blackmailing everyone in town, including Peter Lorre as a nightclub manager and the man who's arrested for her murder, Bennett, who had innocently shown up to her apartment with a gun in response to her threatening note. He insists to police he never planned on using the gun, but one wonders what would have happened if she hadn't been dead already when he got there. 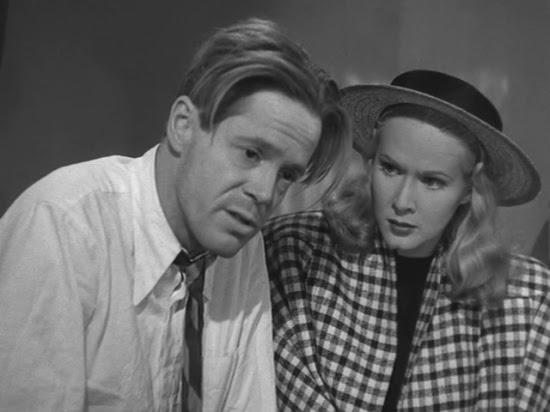 And there's Dan Duryea as alcoholic piano player Martin Blair, the singer's ex-husband and former partner in the music business. He's trying to force his way into her building as the movie begins, but a doorman turns him away even as Peter Lorre is granted admittance.

Most of the plot is set in motion by Catherine, Bennett's wife, who tracks down Blair in attempt to prove her husband is innocent. The two begin an amateur investigation that eventually involves them becoming a musical act for Peter Lorre's club, with Mrs. Bennett singing and Blair playing piano in seemingly the same setup Blair had with his deceased wife. He tells Catherine he made his wife a star, he can do the same for her. And of course he falls in love with her, too. 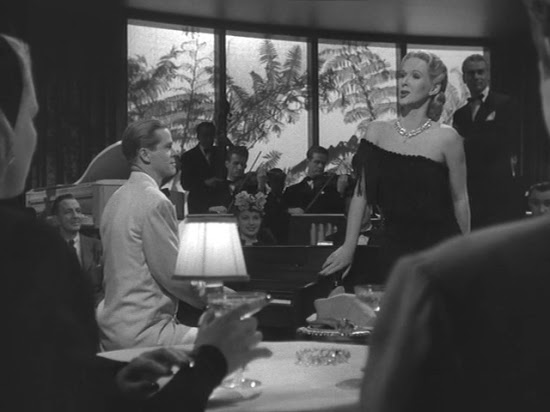 It's a film noir, so things go wrong, I won't tell you how wrong and in what way, but I will say that although Peter Lorre is great as always, this is really Duryea's movie. I guess the only other movie I've seen him in is Scarlet Street, which I saw so long ago I barely remember it, but here he's very effective as a fellow with a rough edge about him, a man who's always been a hair's breadth from getting what he wants, but who sabotages himself in small and large, incredibly tragic, ways.