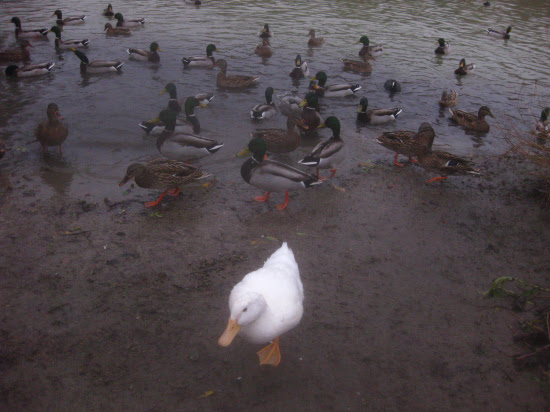 I went to feed the ducks yesterday, the first chance I'd had to in about a week, and found to my relief the white ducks seem to have been adjusting well. 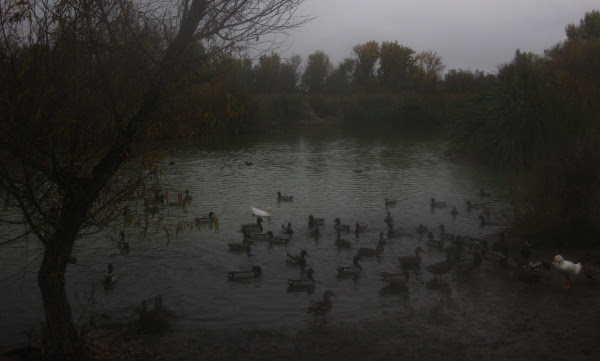 Normally when I feed the ducks, I've observed there are a few of what I think of as "guard ducks" who stay at the perimeter of the feeding frenzy and even avoid bread I throw directly to them. I noticed one of the two white ducks taking this role yesterday while the other one, though he was on the front lines of those feeding, had grown far more cautious. 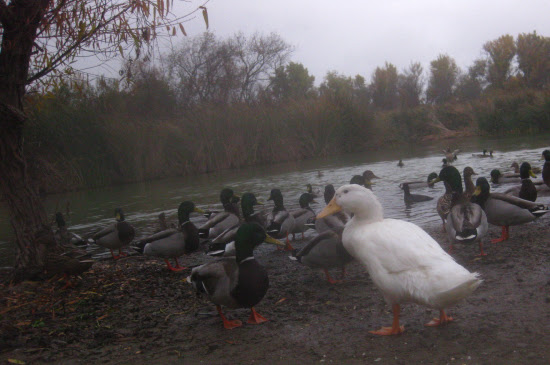 So it was good to see that they'd assimilated into society. They looked healthy too.

Last night I dreamt I saw the Doctor Who fiftieth anniversary special and that it consisted of the Tenth and Eleventh Doctors going together to visit alternate dimensions where the Doctor stopped at various regenerations, finding each one gradually more spiritually and physically worn down by the stasis. It wasn't a bad concept, I guess, but I hope the real anniversary special is better. 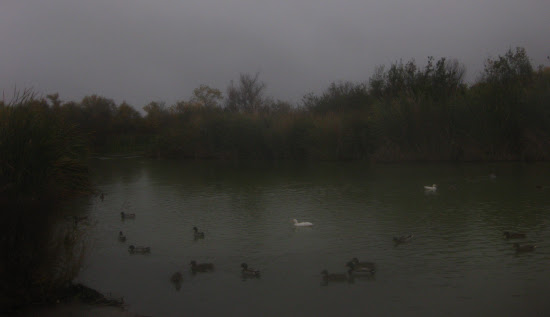