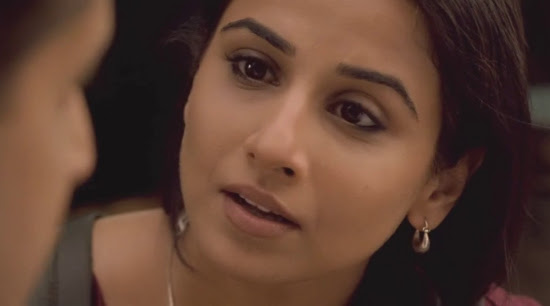 In telling an effective story, the storyteller often seems to have a certain insight into the audience, causing an impression of the storyteller as a being exercising a powerful, intimate form of control over others. Kahaani means "story" in Hindi, and it's a movie released earlier this year that is primarily a decent spy thriller but also a cunning layering of narratives. It has a twist ending, yes, as well as many satisfying twists along the way, but these thriller mechanics serve a theme that makes the movie more fundamentally pleasing than the average thriller might be, as well as delightfully, subversively feminist.

Vidya Balan, beautiful and canny, plays a woman also named Vidya, though in Kolkata, where the movie takes place, her name is constantly mispronounced as "Bidya" until she gives in and starts introducing herself that way, too. She's recently arrived from London seeking her husband who's gone missing. She meets with mostly lazy, patronising police assistance and finds herself cast in the eyes of men around her in the cynical plot of a woman whose husband has abandoned her seven months pregnant.

Despite her condition, Vidya stubbornly continues her search for her husband. A young police officer, Rana, reluctantly at first assists her. The two discover strange indications that Vidya's husband had never even been in Kolkata, making the presumption that he simply abandoned her seem all the more likely.

A woman where Vidya's husband supposedly worked denied ever hearing of him working there, but did say he resembled another employee named Milan Damji, whose files cannot be accessed.

This leads to Vidya meeting the pragmatically rude Khan, a government agent seeking the man who resembles her husband, and seems ready to sacrifice anyone to do so, even a pregnant woman. When asked what makes him different from his quarry, then, he replies without hesitation they aren't different, one of them simply happens to be on the side of the law while the other isn't.

In the movie's coda, about the goddess Durga rising periodically to vanquish a demon, the film nicely seeks to affirm nobler qualities of the human heart more fundamental than ethically mutable warfare mentality.

A low budget film, Kahaani has a lot of candid footage of Kolkata streets and people. It looks nice, and I have to say I was charmed to see a movie released this year where the heroine uses bobby pins to pick locks. 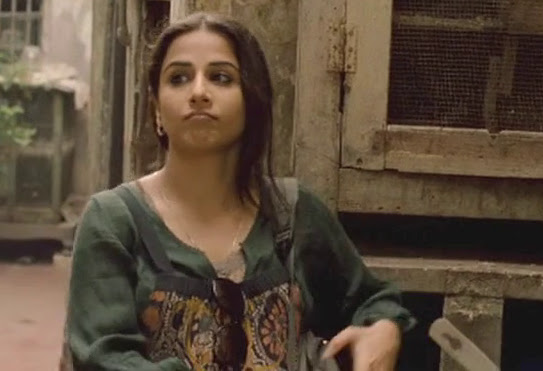 Posted by Setsuled at 6:01 PM
Email ThisBlogThis!Share to TwitterShare to FacebookShare to Pinterest