Let's Have an Ingrid Pitt Christmas

So those huge white ducks living nearby I've been talking about, apparently they're actually geese, at least according to my friend Ada, who grew up on a farm in Germany, so I guess she'd know. She also says they'd be delicious at this age, but I won't seek to confirm this. Though, since it is Christmas, I'm tempted to search them for blue carbuncles.

Speaking of Germany, I stayed up too late last night watching 1968's Where Eagles Dare, an actually pretty fun World War II movie starring Richard Burton and Clint Eastwood as soldiers on a covert mission to rescue an American general from a Nazi controlled castle. I normally avoid these naive war movies from the sixties as I find their point of view beside the contemporaneous Vietnam War a bit too painfully ironic. But taken out of context, the plot is engaging and, as I said, fun--dumb fun, to be sure, there are a lot of "Why doesn't he just shoot him?!" moments. Actually, the whole reason I watched the movie was that Ingrid Pitt has a very small role. 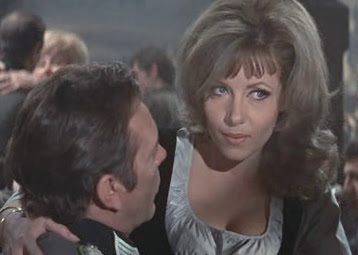 Oh, why couldn't she have had more screen time? She plays a barmaid/secret agent named Heidi who helps convey the film's female lead, the pretty but decidedly less interesting Mary Ure, into the castle. We're given but a few shots of Ingrid being playful and conniving while displaying plenty of cleavage before she disappears for most of the film, only to show up again with a bottle of wine and a bus at the end to help bust the boys out. Our time was too brief, Ingrid. 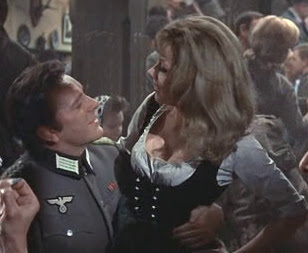