On the Nature of Love 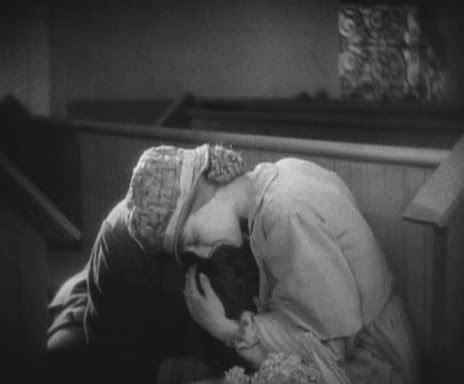 Yet each man kills the thing he loves
By each let this be heard,
Some do it with a bitter look,
Some with a flattering word,
The coward does it with a kiss,
The brave man with a sword!

Thirty years after Oscar Wilde wrote this in his Ballad of Reading Gaol, F.W. Murnau made Sunrise: A Song of Two Humans, an extremely simplistic, melodramatic tale of an archetypical husband and wife who, as one of the first title cards informs us, are meant to encompass the essential nature of relations between husbands and wives in all times and all locations. So one can suppose Murnau shares Wilde's belief in that the central issue of the film is the husband's attempt to murder his wife. It's a film of incredible visual beauty and curious philosophical perspective. 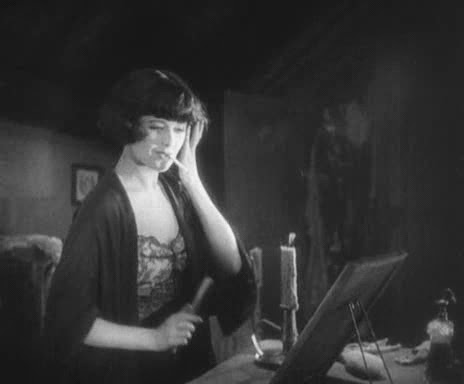 The film begins with the element that comes between the married couple--a flapper from the city who, in a scene of ghostly luminance and shadows on the reedy shore of a lake, will employ aggressive kisses to convince the husband to drown his wife. 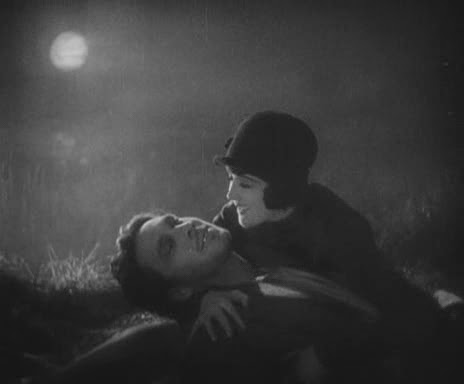 The wife, in contrast to the conniving city flapper, is an innocent, cheerful young conservative woman, mother of the husband's young child. The two run a small farm, which the flapper seeks to induce the husband to sell. 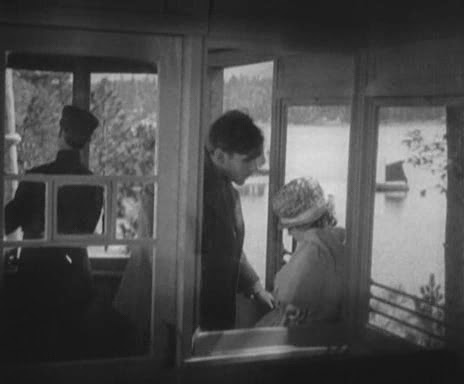 The man finds he can't go through with the murder, but in looming threateningly over his wife when they're alone on a boat, ostensibly on a trip to the city, she sees he means to kill her and becomes terrified of him and heartbroken. As soon as they reach shore, she runs from him and he pursues, desperate to find some way of relieving her fear of him. They finally reconcile when they witness a wedding and are reminded of the love behind their own matrimonial bond, and the bulk of the movie is the two of them enjoying the various things city life offers for the day--dining, grooming, carnival games, dancing.

There's no real complexity to the story, we're simply invited to view this simple portrait of people in love. The film is chiefly carried by Murnau's considerable talent for beautiful filmmaking, which compels us to analyse the fundamental truths behind the broad story. The film is called Sunrise, which obviously reflects the hope Murnau means to convey that, even as he recognises a fundamental compulsion for destruction between two people in love, the attraction between the two lovers is ultimately the stronger influence, and is always within reach. 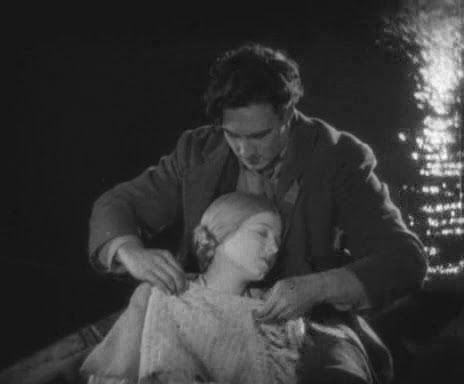