I dreamt last night I lived on a curb, halfway up a hill at the top of which was a French cafe and at the bottom of which Neil Gaiman was trying to prove H.P. Lovecraft wrote for television in the 60s. Gaiman figured into the second dream I had last night, too--he was taking a young Debbie Reynolds on a date in a museum the size of a city. It was made up of a lot of small corridors and stairs with statues and paintings displayed in thin alcoves. Gaiman was wearing an Edwardian strongman leotard and was alternating between singing "Men are beautiful" to the tune of Christina Aguilara's "Beautiful" and singing "Lili Marleen" in German. Sometimes Marlene Dietrich would appear hovering behind Gaiman to sing the song, clearly somewhat confused at what she was doing there but singing the song feelingly anyway. Sometimes Gaiman would turn into a thin, middle aged Russian woman with dark hair and a high collared blouse and she would sing the same songs but very sarcastically.

So we have a new Women's World Chess Champion, Anna Ushenina, from the Ukraine. She continues the tradition of female chess champions looking gorgeous and sleepy, paralleled by the male champion tradition of looking like cell phone salesmen; 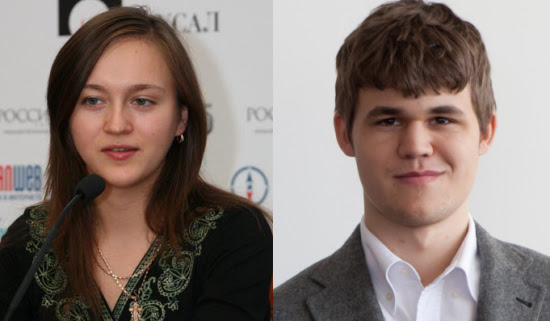 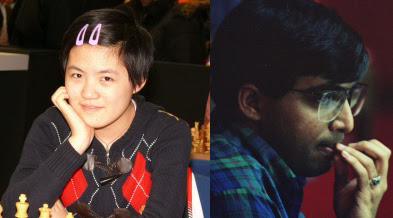 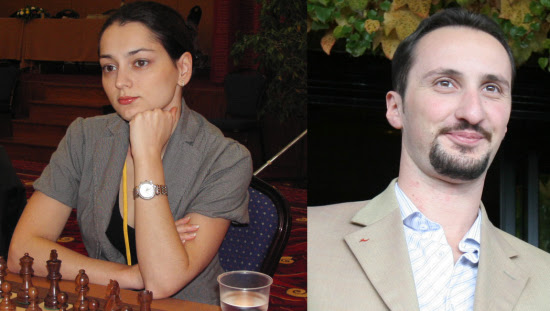 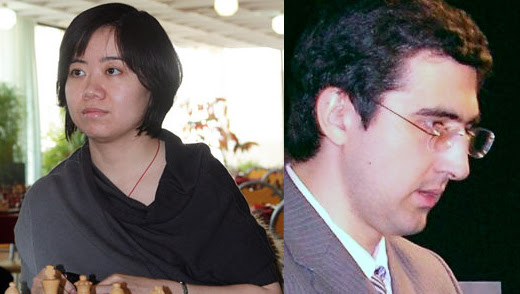 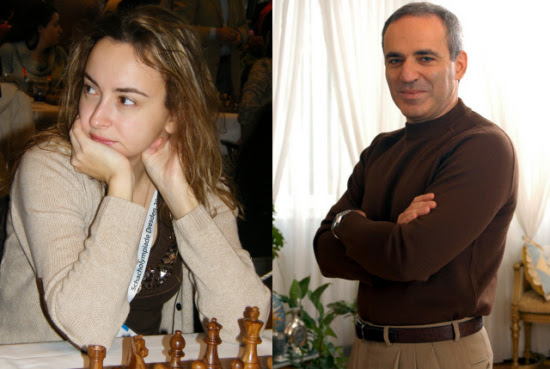 Well, I guess Kasparov doesn't look like a cell phone salesman, but otherwise I'd say the rule holds.