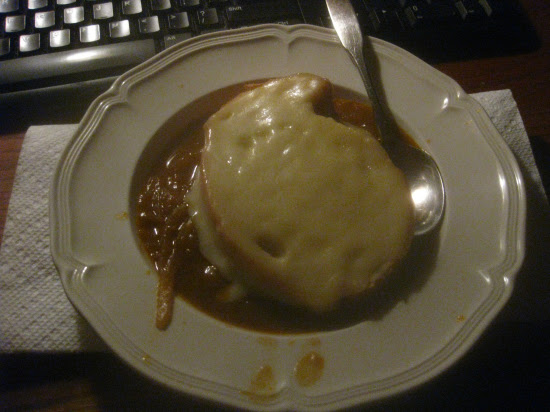 I pretty much followed this recipe to the letter. Of all the ones that came up on Googling, this one intrigued me most for using coffee and not using flour, which I'm afraid to mess with. I'm still not quite clear on what one does with flour.

I did make a few changes--I used provolone instead of mozzarella, I microwaved a bowl of the soup for a few seconds to melt the cheese instead of broiling it, and instead of white wine I used amontillado sherry. Some would say too much. You know who wouldn't? I think you know where this is going.

I was sorry to see Anthony Quayle as Falstaff is no longer on YouTube. I guess this guy's not so bad.