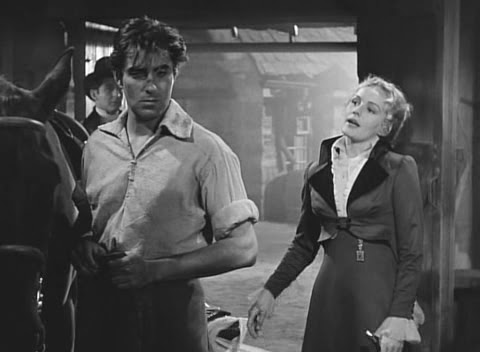 Sanders also played the villain to Power in The Black Swan--a far more satisfying swashbuckler (it had sword fights). But here he works well as an accomplished pugilist since he was a big man, with much broader shoulders than Basil Rathbone. 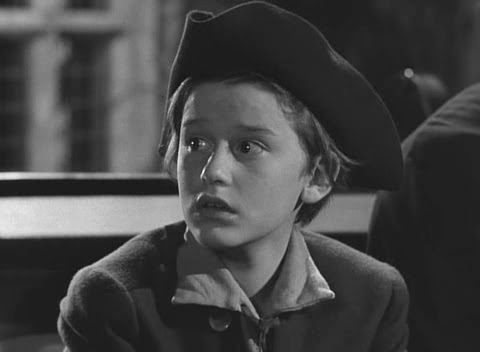 Roddy McDowell plays the young Benjamin Blake, working as an apprentice to his grandfather on his mother's side, a gunsmith, before he's plucked up by Sanders to work in the stables, where Sanders can hush up the boy's heritage and claim the baronetcy for himself. Before I realised who the young actor was, I was already thinking McDowell was giving a good performance for a child actor, sounding like he was genuinely mulling matters over when he decides to stay in the stables instead of escaping to live on the road, always hunted, with his grandfather.

For some reason, growing up in the stables of an English manor house caused McDowell to gain an American accent and turn into Tyrone Power, who plays the role with his usual very default charm and without his truly impressive fencing abilities on display. 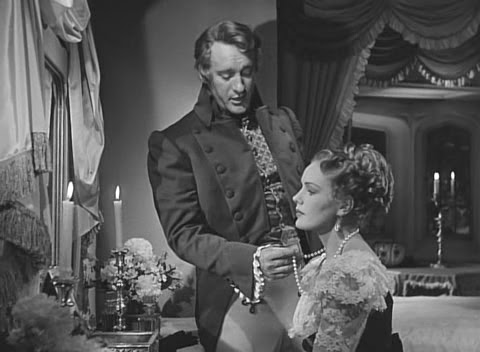 Frances Farmer plays Isabel Blake, daughter of Sanders' Arthur Blake character, making her and Benjamin first cousins, but this doesn't in any way make them hesitate in having an affair.

This is Farmer's last role before her arrest and years of brutal and dubiously motivated mental health treatment, and perhaps that she's a fairly cutthroat and villainous character here is a reflection of the fact that Hollywood considered her to be on the way down while Gene Tierney, a tadpole of a star the studio was just releasing into the stream after the usual careful grooming, plays an innocent Caribbean Island princess. 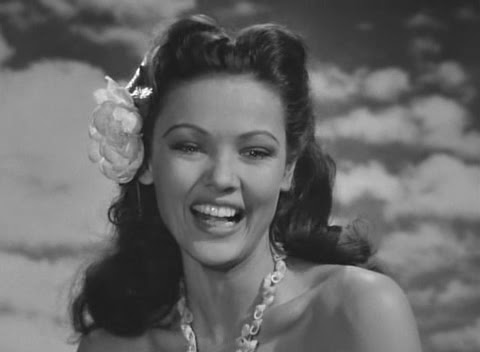 She doesn't speak English, she's just there to smile and look devastatingly cute and show Benjamin how much better life could be if he ditched all the promises of worldly riches. Though he came to the island with John Carradine who tells Benjamin of a rumour he'd heard from Spanish sailors about a fortune in pearls to be found on this island. 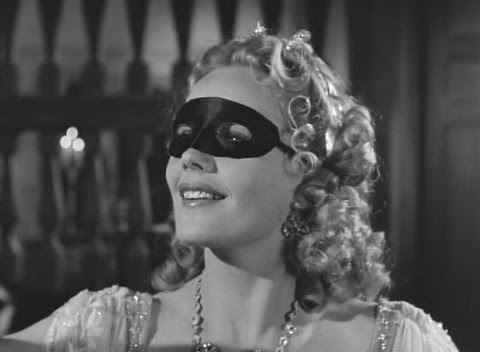 Farmer, of course, gives a much better performance than Tierney, and her scenes with Sanders have the delightful energy of two wicked people engaged in a subtle shuffling of fortune's deck.

One feels bad for Farmer that her career was so horribly and unjustly cut short here. Though in a decade's time, Tierney would be receiving dubious mental health treatment, too. I happen to have her autobiography in paperback and, opening to a random page, I see;

For months I had lived in dread of returning to a sanatorium. I had been locked in rooms no larger than a cell, with bars on the window. I had tried to escape and was chased and pounced upon like a loose dog. I had been subjected to electric shock treatments that deadened my brain, stole chunks of time from my memory, and left me feeling brutalised.

It's funny you never hear about male stars getting electric shock treatment.

Anyway, this movie has three great female stars, the third being the one I actually sought the film out for, Elsa Lanchester, who plays a prostitute who helps smuggle Benjamin out of London. 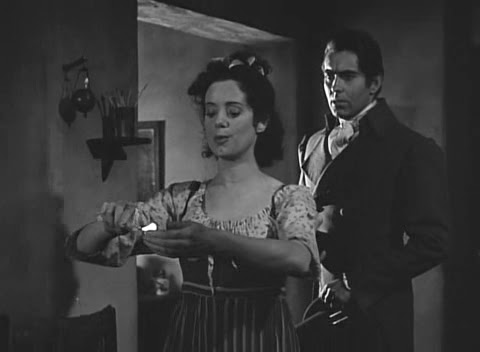 She doesn't want any money in return, she just wants the gentleman to hold her arm in his in public to make her friends jealous. She's pretty adorable as she affects a slight swoon while an indignant competitor prostitute looks on. 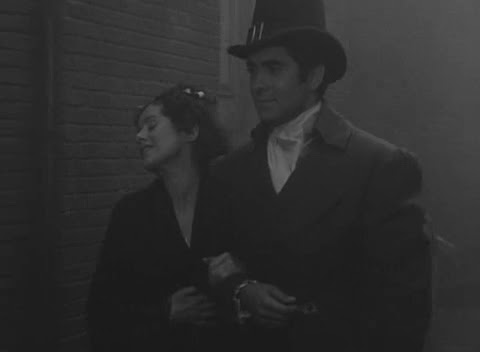 It's a small part but she invests in it a sense of even tempered street wisdom and sweet credulity.