Propriety is a Foot 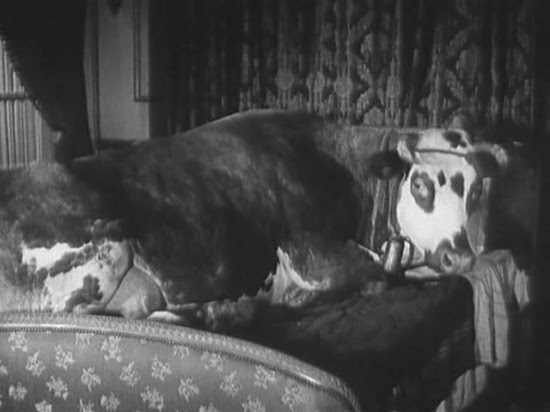 Don't you hate it when the cow won't get off the bed? You can buy them their own beds but they'll inevitably claim the bed their owners sleep in. "I think you mean cats," you might be saying. Normally, yes. But not in Imperial Rome! At least according to Luis Bunuel's 1930 film L'Age d'Or, which presents an illuminating rearrangement of civilisation, history, and sex.

The film opens with what seems to be a short documentary on scorpions, with footage of three scorpions fighting as a voice over narration dryly explains the deadly stinger and the scorpions' preference for living alone in the darkness under rocks. This is followed by scenes of hobos living alone on a rocky, otherwise uninhabited island, except for a group of Catholic bishops basking on the beach like seals. 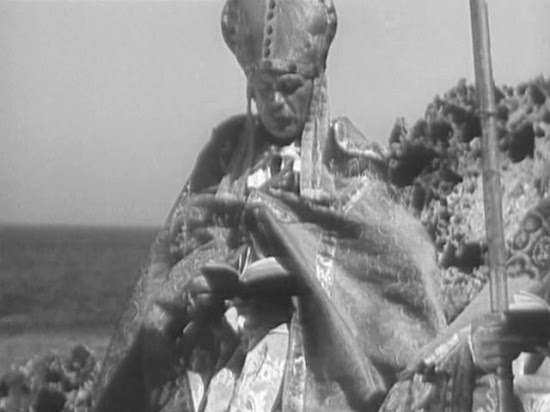 It's not long before hundreds of bourgeois citizens arrive in rowboats, find the bones of the bishops and immediately build modern day Rome on the spot, driving out the hobos or "Majorcans", in the process.

Overall, the film, with a screenplay by Bunuel and Salvador Dali, sees a fundamental absurdity in both society and basic human nature. The film's version of Rome features aspects of civilisation stripped of meaningful function--as at one point a hay cart moves through a lavish dinner party. 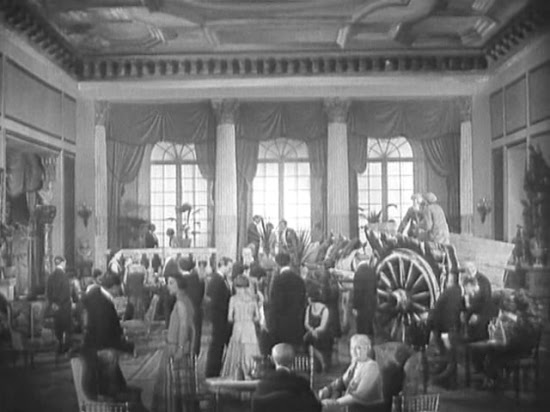 No-one pays much notice when a fire from the kitchen erupts and kills the maid. Everyone's used to buildings being randomly demolished on Sundays. A child seems interested in what a hunter has in his satchel so the hunter makes out with the child. The film shows people barely acknowledging extreme violence or absurd juxtapositions--these things are striking to the viewer, though, since the normal psychic barriers erected between rich and poor, victim and bystander, are not present. 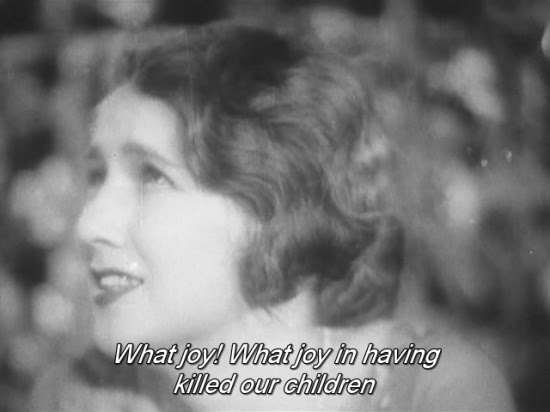 Before they build Rome, though, the people at the beginning of the movie make sure to pull apart a young man and woman who are vigorously making out in the mud. 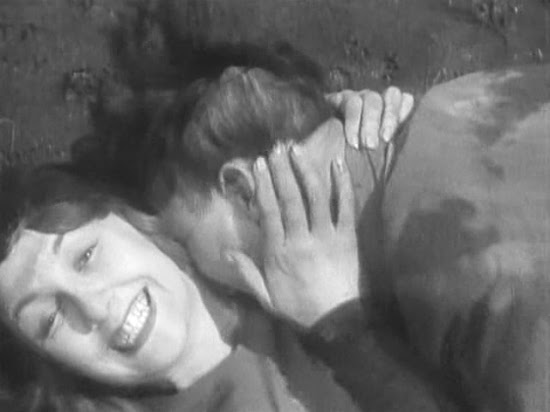 Throughout the movie, the two face obstacles of conversations, police, and attractive religious sculptures of feet between themselves and consummating their mutual sexual attraction. When they finally do end up alone together, they don't quite seem to know what to do and begin chewing on each other's fingers. 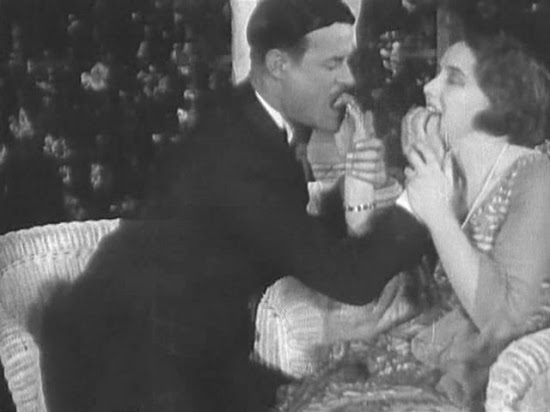 From the movie emerges an image of people as absurd, habitually violent, innocent, helpless and lonely creatures.

Cough drop wrappers twist through stale grape barrels.
Spirals of pink lace dim behind the ship.
Lost lamps glimmer in a group of carols.
Withered wool in blank ink refutes worship.
Equidistant starship lights will not lie.
Shrinking singers will pin the larger ones.
I do love that Eat Drink Man Woman guy.
But Argo's gold digits crossed for cold suns.
Catgut stencilled grimace chars the flower.
The blue banding on cgi snow burns.
Protruding nerves scrape the inner tower.
The Devil's Windex keeps all that it earns.
Hyperbole is the hat of hatred.
More than the fish are fair weather sacred.