Her Crime was Magnificent Sex Appeal with a Shameless Libido 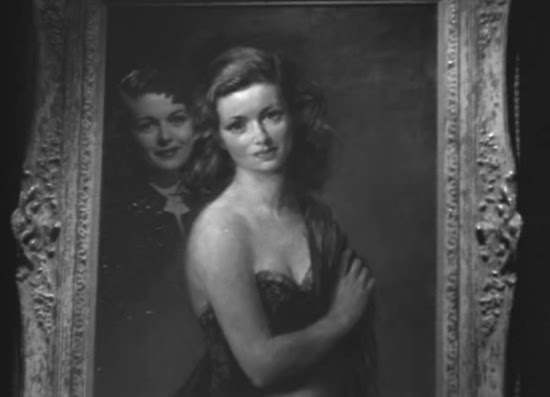 There seems to be a fine tradition of movies about men falling in love with women in portraits--Laura, Vertigo, and also Fritz Lang's 1944 film noir The Woman in the Window. Joan Bennett as Alice Reed is so intensely luscious in this movie, one can't blame Edward G. Robinson, as a meek psychology professor named Richard Wanley, for falling for her. It's a noir, so despite an awkward "it was all a dream" happy ending Lang was obliged to tack on, this is a movie where a sequence of devastating catastrophes are initiated by what seems by comparison a small transgression. In fact, I don't think I've seen a noir where I've felt the protagonists were more innocent. It's a wonderfully bitter film about the treacherous loopholes hidden in one's moral conception of the world.

Wikipedia identifies Alice as a femme fatale, and while I guess she's seductive and at one point even tries to seduce a guy in order to kill him, she's only trying to kill the guy because he's threatening her and her friend. Several times in the movie she goes out of her way in an attempt to do the right thing. It seems like the real crime of hers the movie is concerned with is that she's more sexually aggressive than any of the men in the film. She lures Richard back to her place, sure, but she doesn't know he's married and she doesn't seem to want anything from him but sex. I can't begin to see anything wrong with it, and I see even less wrong with it the more I look. 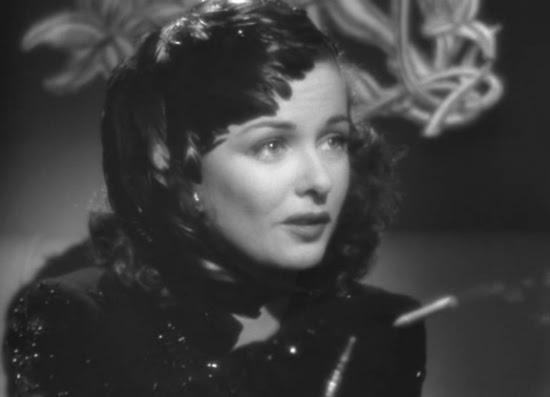 The film opens with Richard teaching his class about the difference between murder and killing in self defence, how the law naturally is more likely to forgive the latter than the former. Little does he know he's about to find himself in a situation that proves the issue is much thornier than what he's laid out in his lecture. 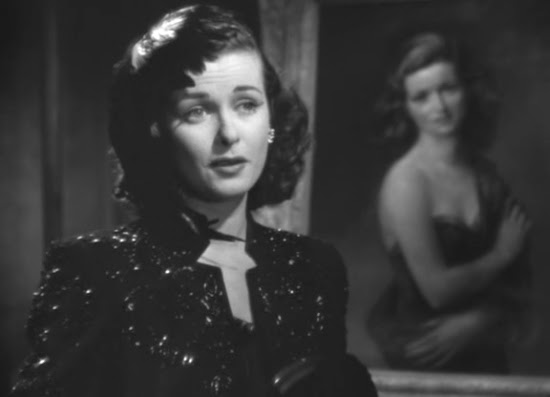 His wife and kids are on vacation, so he spends most of his time at his club, which is next door to the place exhibiting the portrait of Alice. He leaves late one night and runs into the woman herself, who, after awkward introductions between the two where she's obviously deeply flattered by his admiration of her portrait, she asks him to buy her a drink. One thing leads to another, and they're enjoying more drinks at her apartment when an ex-lover shows up and in a fit of jealousy attacks Richard who somehow manages to kill the bigger man by stabbing him in the back with a pair of scissors while Richard is underneath him. 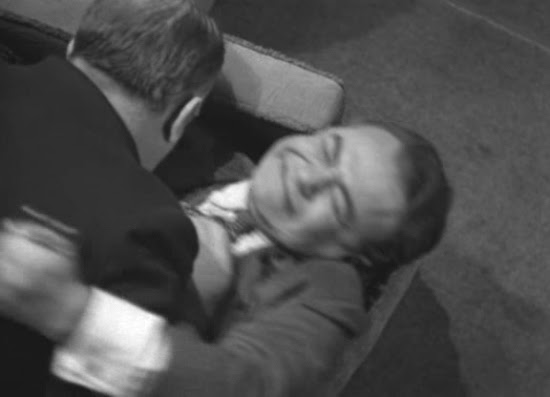 Reasoning he didn't really do anything wrong--it was a clear case of self defence--but that if the story got out about him in the home of a woman who's not his wife, having drinks late at night, it would ruin his reputation and probably his marriage, he decides to dispose of the body. 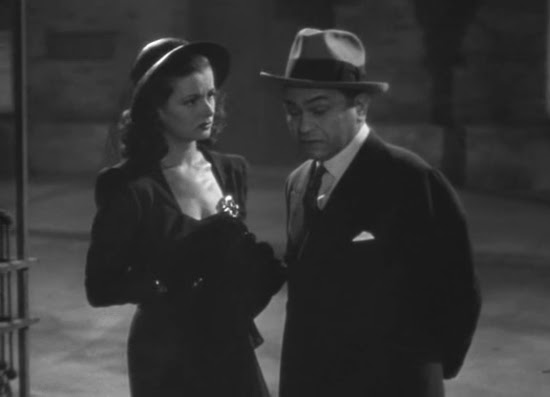 Richard is a gentle and unassuming fellow. His friends, one of whom is district attorney, had earlier made fun of how poorly he's cut out for adventure, and unfortunately he proves them right as in this circumstance he proceeds to do just about everything wrong, leaving a massive trail of evidence and falling into every conversational pitfall imaginable, including the standard "Just because a man's missing doesn't mean he's been murdered." "Wait, I didn't say he'd been murdered." A large section of the film is given over to Alice trying to negotiate with Dan Duryea's character--he's the dead man's bodyguard and he tries to blackmail Alice and Richard. So Alice actually turns her fatale powers on the villain of the film. The two actors generate a lot of delicious tension between them in their subtle power play under which Richard is eventually crushed. But Alice does everything she can to save him and herself. With fatales like this, who needs good girls? 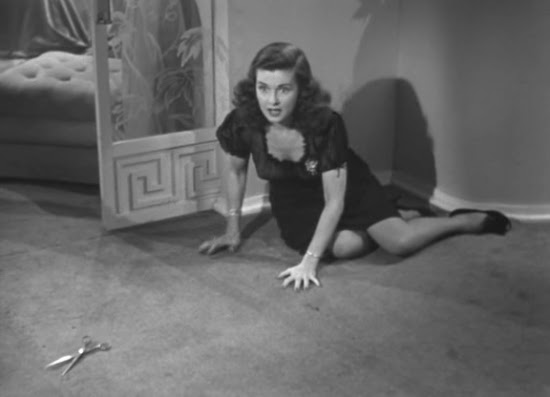