I didn't even realise before I watched it that Amour starred Jean-Louis Trintignant, the same guy who played the gunslinger Silence in The Great Silence; 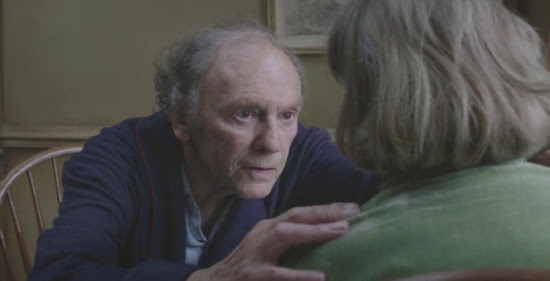 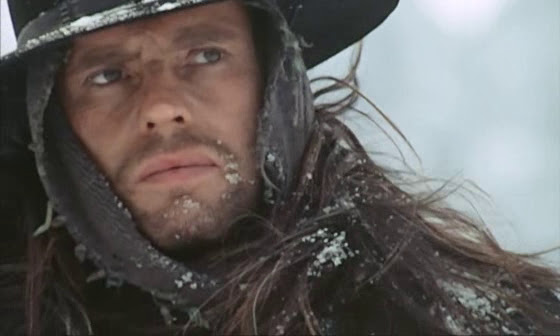 His performance and Emmanuelle Riva's are what mainly works about Amour. It's better than Argo but still not something I'd classify as a best picture.

It's the story of an elderly couple dealing with life after one of them, Riva, has a series of strokes that changes her from being an intelligent and spirited piano teacher to a half paralysed invalid who speaks only in gibberish.

I thought about how Hunter S. Thompson killed himself when it became clear he was entering into painful old age, and this movie certainly makes it seem like he had the right idea. The torment and humiliation these two go through is pretty heartbreaking. The story is apparently based on the actual experience of a couple related to the director.

The art direction follows the modern trend in what passes for high brow movies nowadays in its minimalism, something that always comes off as resembling a Sears catalogue to me; 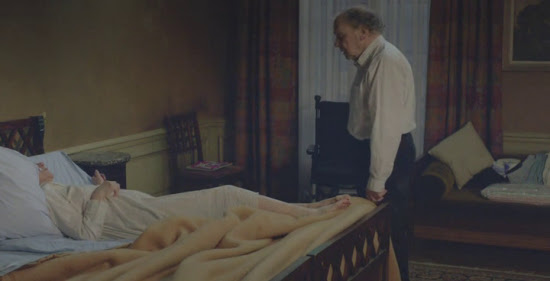 Almost the whole movie takes place in the couple's apartment and I was struck by the fact that they appear to have neither a television nor a computer. Even my grandmother has an iPad now. I wonder if their existence might have been slightly less grim if they'd had Jeopardy.

They do have some nice paintings which Haneke at one point, in a sequence I rather liked, cuts to in an out of story context lingering slideshow. 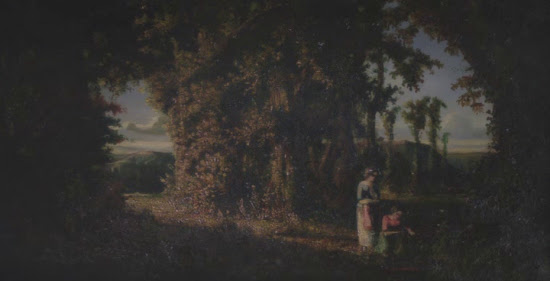 It subtly puts you in the place of the two people who have no doubt spent quite a lot of time contemplating the paintings.

Haneke uses a few little manipulations that didn't seem especially interesting to me--a dream sequence where we're surprised that it is a dream sequence by a special effect, and a moment during Riva's first stroke where Trintignant leaves a tap running. I doubt there's anyone who's seen more than ten movies in their life who didn't immediately expect her to turn the water off for him when he and our POV had left the room.

Mostly, though, Haneke does a good job of staying out of the way and letting the two actors carry things, which they do ably.