A Plant is a Plant 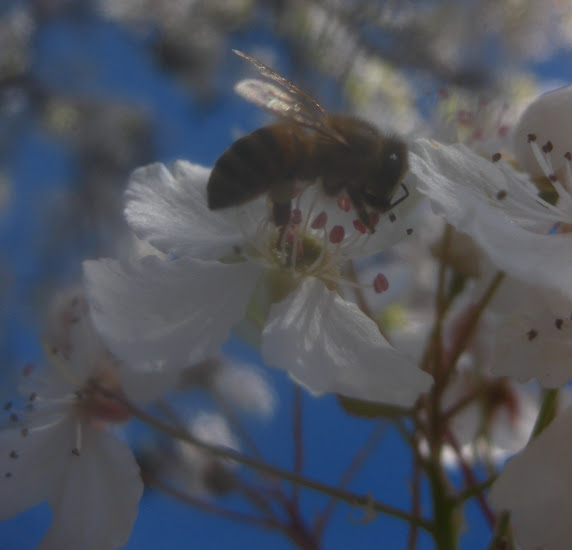 As I was cutting through the Mormon church I usually go through when walking from the neighbourhood I park my car in to school, I became aware of a general hum and thought there might be a beehive nearby. But as I looked around, I realised it was simply that the trees I'd noticed starting to bloom last week were all teeming with bees working the blossoms, all across the church grounds. 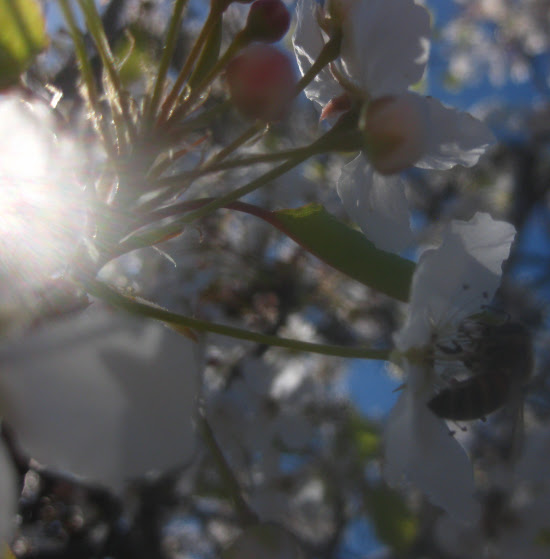 It occurs to me William Wordsworth would probably have been rather horrified by Georgia O'Keeffe. Which is not to say I was thinking about sex when I was watching the bees eagerly squirming amongst the soft pink folds of petals. Okay, I did think about sex, but not just about sex. I started thinking, as I was taking pictures, "I'm going to be posting these on my blog with the implicit statement that I feel the images are worth sharing. Who am I to criticise William Wordsworth?"

In class to-day, as the teacher asked about the quality of reflective sadness in the poems we were looking at, he asked the class to supply a term for it, clearly expecting a specific word. It turned out what he wanted was "melancholy" but I had an impulse to say "mono no aware", the Japanese aesthetic concept of the beauty and sorrowful contemplation of passing things. I realised, William Wordsworth was all about mono no aware--most of the poems I read were about him talking to some little girl or an old man who sadly relates a story of someone he or she knew who was dead and how a specific location and the alterations to the flora and fauna over time had emphasised the gulf growing between the lamenter and the dead loved one. Like "We Are Seven" and "The Ruined Cottage".

We are Seven by William Wordsworth

A simple child, dear brother Jim,
That lightly draws its breath,
And feels its life in every limb,
What should it know of death?

I met a little cottage girl,
She was eight years old, she said;
Her hair was thick with many a curl
That cluster'd round her head.

She had a rustic, woodland air,
And she was wildly clad;
Her eyes were fair, and very fair,
—Her beauty made me glad.

"Sisters and brothers, little maid,
How many may you be?"
"How many? seven in all," she said,
And wondering looked at me.

"And where are they, I pray you tell?"
She answered, "Seven are we,
And two of us at Conway dwell,
And two are gone to sea."

"You say that two at Conway dwell,
And two are gone to sea,
Yet you are seven; I pray you tell
Sweet Maid, how this may be?"

"You run about, my little maid,
Your limbs they are alive;
If two are in the church-yard laid,
Then ye are only five."

"Their graves are green, they may be seen,"
The little Maid replied,
"Twelve steps or more from my mother's door,
And they are side by side."

"My stockings there I often knit,
My 'kerchief there I hem;
And there upon the ground I sit—
I sit and sing to them."

"And often after sunset, Sir,
When it is light and fair,
I take my little porringer,
And eat my supper there."

"The first that died was little Jane;
In bed she moaning lay,
Till God released her of her pain,
And then she went away."

"So in the church-yard she was laid,
And all the summer dry,
Together round her grave we played,
My brother John and I."

"And when the ground was white with snow,
And I could run and slide,
My brother John was forced to go,
And he lies by her side."

"How many are you then," said I,
"If they two are in Heaven?"
The little Maiden did reply,
"O Master! we are seven."

"But they are dead; those two are dead!
Their spirits are in heaven!"
'Twas throwing words away; for still
The little Maid would have her will,
And said, "Nay, we are seven!"

So why can I enjoy Yasujiro Ozu and not William Wordsworth? It did kind of remind me of Kurosawa's jab at Ozu--Kurosawa being one of the few truly great Japanese filmmakers of the 1950s whose work doesn't exhibit mono no aware. I'm referring to something quoted in this essay on the Criterion web site;

“Japanese films all tend to be rather bland in flavour, like green tea over rice,” Kurosawa remarked in an interview, making a knowing dig at his staid rival, Yasujiro Ozu (one of whose films was actually called The Flavour of Green Tea Over Rice). “I think we ought to have richer foods, and richer films. So I thought I would make this kind of film entertaining enough to eat.”

I think Kurosawa later warmed up to Ozu, or so it seemed from his apparent emulation of Ozu at the end of Red Beard where he cast Chishu Ryu, an actor associated with Ozu's films, in a significant cameo.

So again, what's Ozu got that Wordsworth ain't got? I think it's mainly, for me, Wordsworth's dislike of personification and metaphor. His preface to his Lyrical Ballads collection lays out his philosophy, where he claims that such poetic devices are counterproductive because they deviate from the language of the common man, that the language of the common man was the best and truest form of poetry. I guess it's ironic, then, that the impression I have is that Wordsworth is mostly read now at school. I see with some amusement that Wordsworth only has twelve "likes" on Facebook. 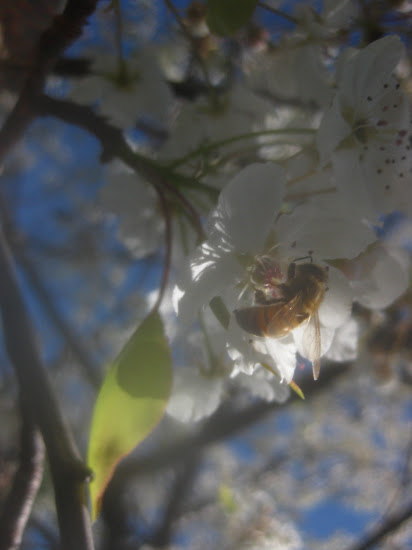 Posted by Setsuled at 6:29 PM
Email ThisBlogThis!Share to TwitterShare to FacebookShare to Pinterest