The Time that Can't be Missed 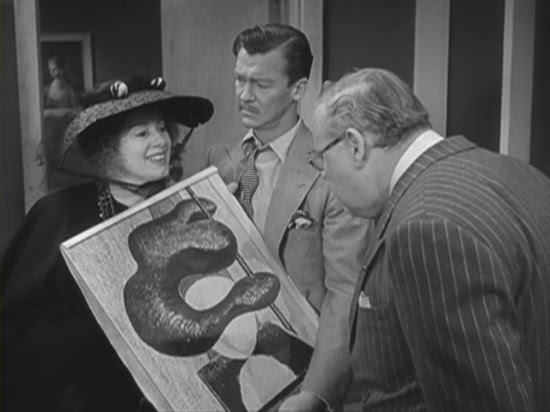 It's strange that Alfred Hitchcock appears to have had nothing to do with 1948's The Big Clock. It even has costumes by Edith Head. And, more significantly, it's a thriller built around a more or less ordinary man, played by Ray Milland (of Dial M for Murder), who spends the film narrowly evading implication in a murder he didn't commit. It's a film effective in the tension it creates and quite funny as well.

The film has Charles Laughton, star of Hitchcock's adaptation of Jamaica Inn, in charge of a large publishing company, held in a building where the crime magazine that Milland's character is editor in chief of is produced. Milland has a knack for tracking down criminals even the police have trouble with. 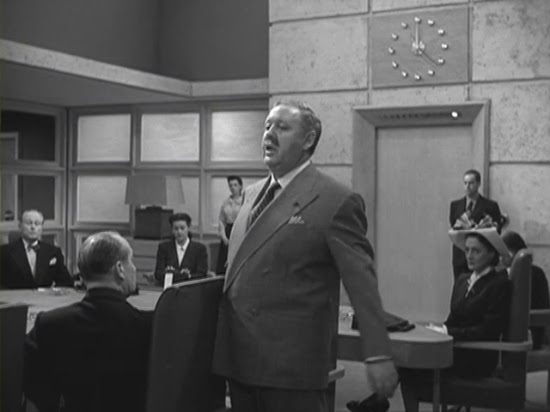 Laughton exerts his presence all over his fiefdom with his obsession with clocks all throughout the building, linked to the central "Big Clock." Milland has a five year old son with his wife, played by Maureen O'Sullivan--they had the kid after they were married but Laughton keeps his employees working so persistently that the couple have not yet had a honeymoon. Finally, Milland has had it, the last straw apparently being when Laughton demands at the last minute, before Milland's long awaited vacation, that he put off the vacation, fly personally out of state to investigate a story, oh, and, could he have the typesetter change the lettering on the cover from green to red? 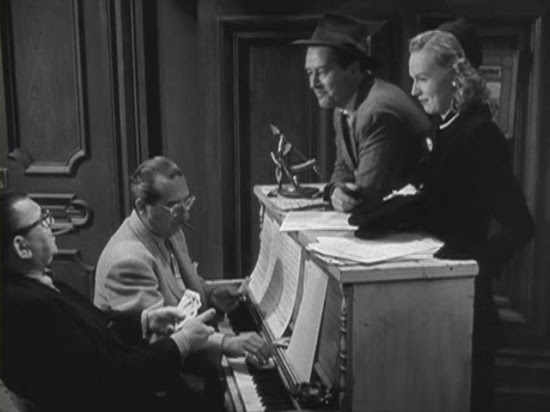 So Milland finally quits, but instead of meeting up with his wife at the train station as planned, he apparently feels so happy in his recklessness he spends the night bar hopping with Laughton's mistress, the woman who falls victim to murder. 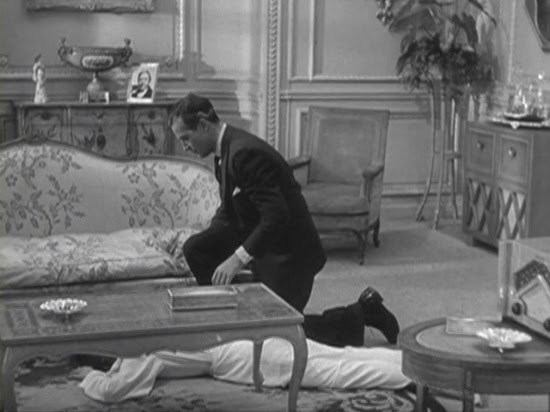 There is a sense of heaven's vengeance in Milland being implicated in a murder when all he's really guilty of is infidelity, but it's a relatively minor point, not big enough to make The Big Clock a full fledged film noir. As one review I read says, it's closer to a screwball comedy, especially when circumstances fall out to put Milland in charge of investigating the murder when for most of the film the presumed name of the culprit is a name Laughton's mistress made up to enrage his jealousy. As the investigation proceeds, there is effective suspense as steadily accumulating clues begin to point to Milland as the perpetrator.

Another thing curbing the comedic quality is Laughton, who plays his character with cold, lethargic psychosis, like a big reptile.

Of course, though, I watched the movie for his real life wife, Elsa Lanchester, who plays a painter who saw Milland with the murder victim, but who decides not to turn him in, since he's a fan of her work and she has "few enough collectors." She refrains from pressing him on the nature of his crime but notes the number of people working in the building on the case and says, with barely restrained glee, that whatever he'd done, "with all that hue and cry downstairs it must be something terribly lurid." 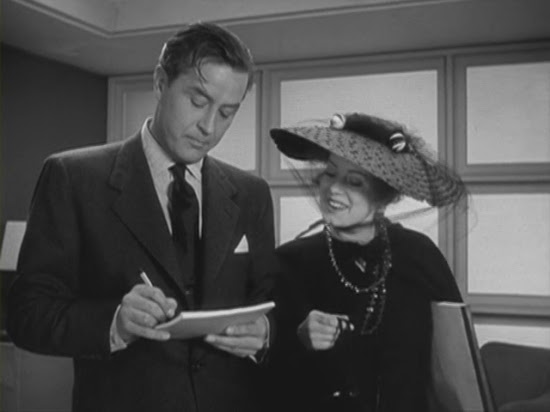 Pizza eyes knock about like dominos.
Huttesian hula devolves into slime.
Fate caught the thighs too big for your manos.
Repetition's a groundhog's song of time.
Men for animal heads beat number men.
Rubber bands break with the older light bulb.
Purple wings stretch much larger than a wren.
Destiny gives for great thighs and the bold.
Innumerable clamps hold the New Year.
Burning mice tremble before the corn flu.
Thin polygons scarcely cover an ear.
Psychic cards can see what drawings may do.
Old nations sold to new ones educate
No pockets that cannot reciprocate.

Posted by Setsuled at 6:47 PM
Email ThisBlogThis!Share to TwitterShare to FacebookShare to Pinterest