I've revamped my web site, Anelnoath, for the first time since I uploaded it in 2004. I'd been planning on doing it off and on for five or six years, ever since I started scanning my drawings at higher resolution than I used to, but it always ended up requiring more work than it seemed it ought. This redesign I started putting together in December and the almost three months it took to upload was only partially due to all the other things I've been doing--I kept changing my mind on how to colour things and how to divide up the images. I'm using pngs now for images with transparent parts, though I'm still using jpgs elsewhere. I have gotten two complaints over nine years that my images tend not to be anti-aliased, but it's the sort of thing no one actually notices unless they're looking for it (most of you probably don't know what I'm talking about). But I do like the high quality image files, the pngs, better for images with transparent parts, they seem to blend with the backgrounds better than gifs. Let me know if your viewer has trouble with the pngs.

Spring comes early in Winterfell and so it's come to my chess club, too, which has been renamed The Queen Alice Chess Club (yes, I know, "It's a 'queen's' club, all right!"). 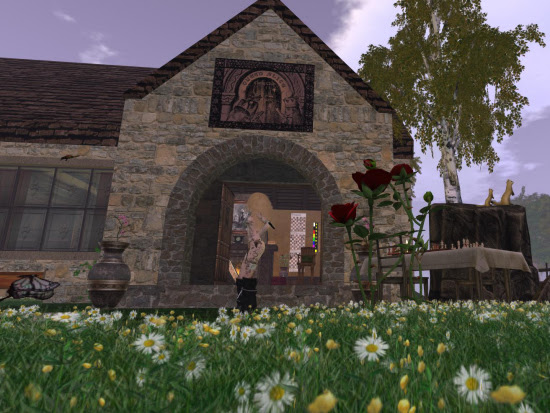 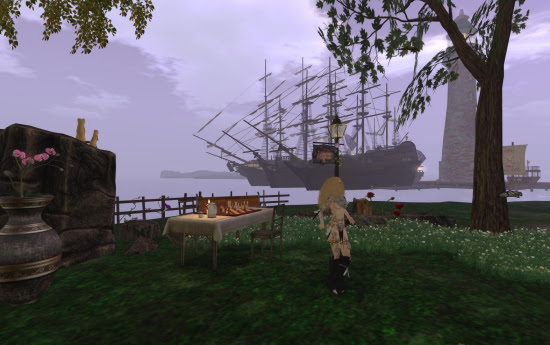 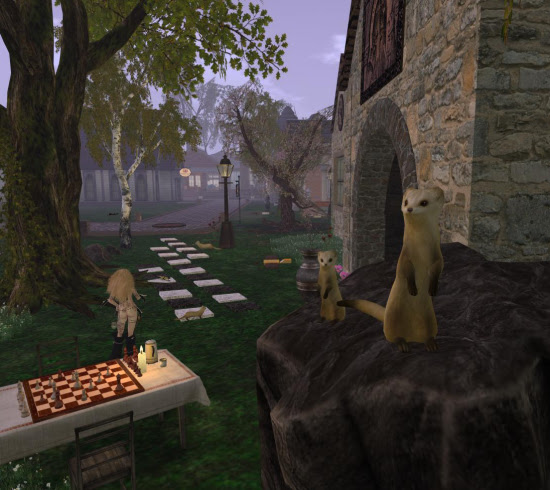 In the clubhouse, I've put William Blake's "Proverbs of Hell" on the wall; 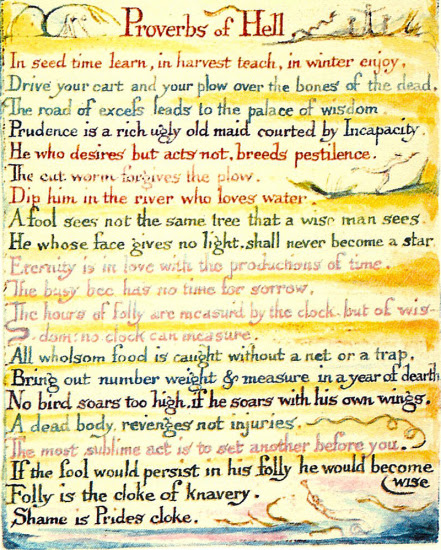 I've rigged it so it opens your browser when clicked and sends you to an online copy of The Marriage of Heaven and Hell. I've made a few other objects that send people to web pages, too, like this red king sleeping under the tree, who sends you to the appropriate chapter from Through the Looking Glass. 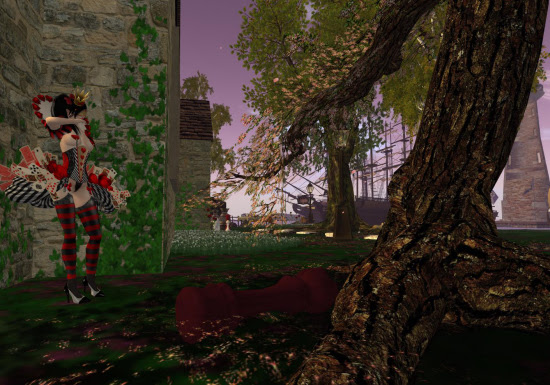