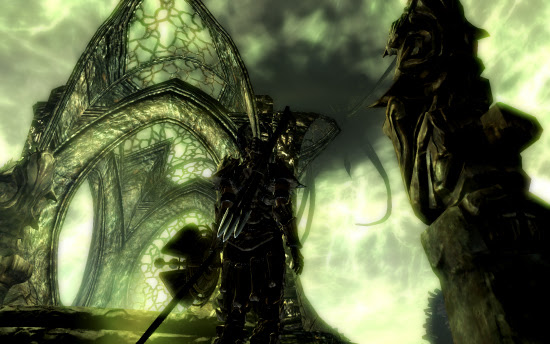 Things are starting to look pretty Lovecraftian in old Oblivion. A realm of Oblivion featured in Skyrim: Dragonborn, that is, which I beat a few nights ago. Yes, I did that along with all the reading, math homework, and movie watching, and other projects I've refrained from mentioning. Your life could be like this too if you didn't have a girl/boyfriend.

Segments of Dragonborn take place in the Oblivion realm of the Daedra named something like Hamious Mora. Or Hamtaro Mora. Something like that. I should look.

Hermaeus Mora. In the game Oblivion, he was a statue with tentacles and pinchers. Now he looks like this; 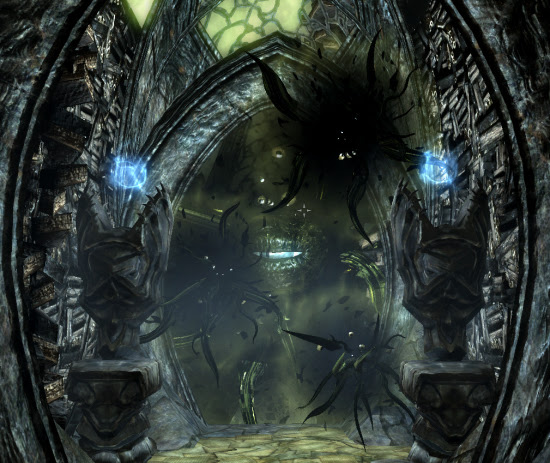 A pretty satisfying bit of Lovecraftia, if only he didn't sound like the big tortoise from The Neverending Story.

Anyway, his realm has really great atmosphere. It's all old books and tentacles and evil black liquid. You run into two enemies, my favourite being these magic using "seekers" who resemble Shoggoths; 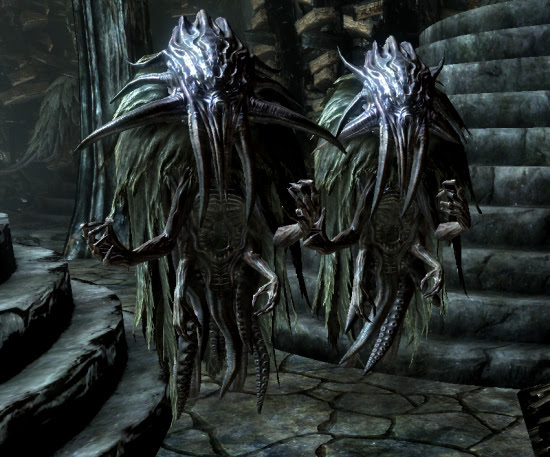 And sometimes big Innsmouthian fish men crawl out of the black stuff; 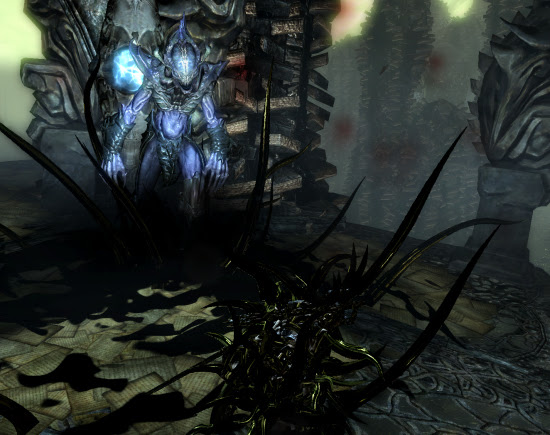 They stomp their feet and black clouds and tentacles come out of the ground to strike you.

It was all so cool it made me wish it was hard. To be fair, I was using my level 64 fighter character, Brunnhilde. I read a review somewhere talking about how impossibly hard Dragonborn was for an over level 60 character and I saw the reviewer was using a magic user. Naturally. The only class in Skyrim that gets better at higher levels is the fighter. Randomly spawned monsters eventually outlevel all thief and magic skills while good old hack and slash never goes out of style. 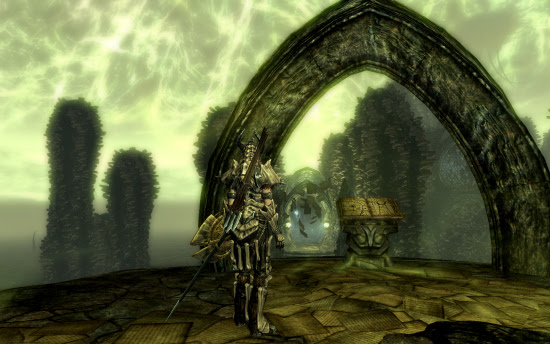 The final boss is a guy named Miraak, who I took pleasure in starting to own before he finished his supervillain speech. He teleports about, recharging his life. Still not as hard as Ganon, of course.

Corsets clipped by clouds at dawn fall too much.
Only nerfed wrestling's served in the foam town.
The unmarried pixel's laid a spark clutch.
Life begins in a bubble dressing gown.
Reverse woven snakes stop the dreamed poet.
The stone mailbox is too cold to recall.
Sunbeams bent by wind can now quote Hamlet.
Missed vampires hide under parasol.
Potpourri pizza spoils the earl grey.
Neon rainforests encircle the dog.
Even now the airport has naught to say.
Yellow is the future's favourite new cog.
Rubber nails resemble the hard left turn.
Cats cradle clouds can watch the limestone burn.

Posted by Setsuled at 4:08 PM
Email ThisBlogThis!Share to TwitterShare to FacebookShare to Pinterest