This is the best I've seen Bill Maher in a while. It was particularly satisfying after hearing Trump on The Howard Stern Show trying to massage the story into an insult by Maher against Trump's parents. Because, of course, there's nothing puerile or racist about repeatedly asking the President for his birth certificate like it's a pertinent issue.

I started playing the new Skyrim DLC yesterday, Dragonborn. So far I like it. It's set in Solsteim, the same island where Bloodmoon, the add-on for Morrowind, took place and it's interesting seeing how the hundreds of years that that have passed between the two games have altered the location. Control of the ebony mining town of Raven Rock has changed hands several times--there was a subplot in Bloodmoon where you aided in the construction of Raven Rock for the Empire, so there's a nice sense of participating in the town's history. Since then, control of the town has passed to the refugee House Redoran from Morrowind, who settled in the region after being driven from their home by an invading army. And there's been a volcanic eruption in Morrowind, which is visible from most places in Solsteim. 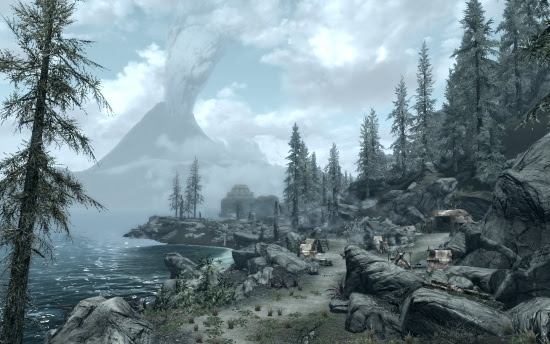 This eruption also blasted and coated with ash much of the south eastern portion of Solsteim but there are quite a few recognisable landmarks elsewhere in, of course, much better detail now. And the old Skaal village has survived in the hands of descendents of people met in Bloodmoon. 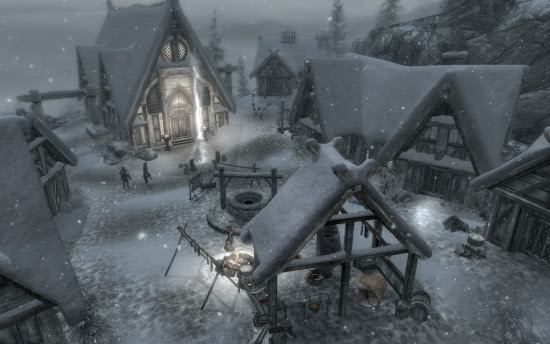 It would be a lot more fun exploring Solsteim if the game didn't crash every few minutes when one is outdoors. This is a puzzling glitch since Skyrim itself was much larger and more stable than its predecessors in the Elder Scrolls series.

The big draw for Bloodmoon, of course, was werewolves. Since Skyrim already has werewolves, I guess they figured they needed something new for Solsteim and I've already run into three werebears, who first appeared as almost naked men running at me before they transformed. It's actually a pretty good, rather literal interpretation of berserkers ("ber" is Old Norse for bear and "serkr" referred to a garment). 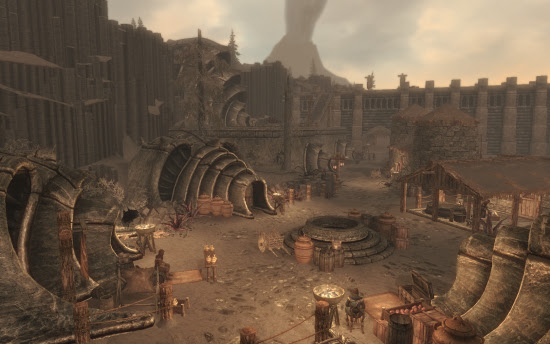 Posted by Setsuled at 2:00 PM
Email ThisBlogThis!Share to TwitterShare to FacebookShare to Pinterest