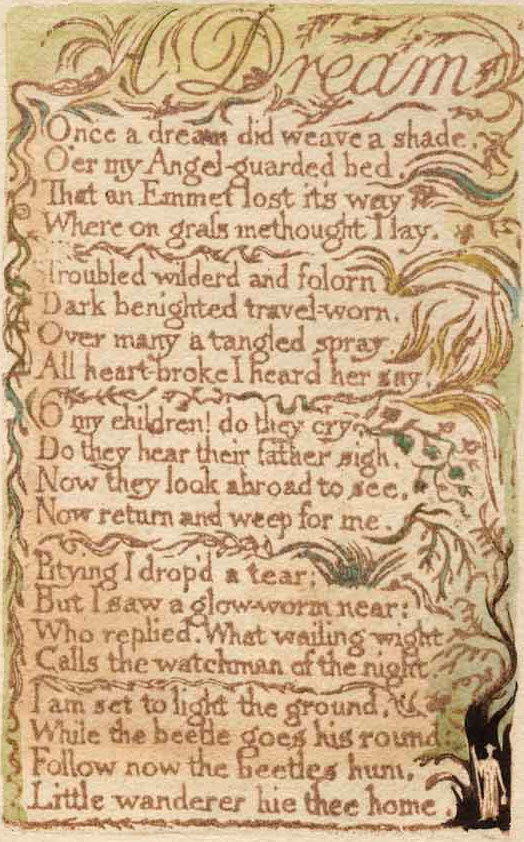 In its introduction to William Blake, my copy of the Norton Anthology says, "To read a Blake poem without the pictures is to miss something important: Blake places words and images in a relationship that is sometimes mutually enlightening and sometimes turbulent, and that relationship is an aspect of the poet's argument." The Norton Anthology then proceeds to present the poems without their pictures. This is in spite of the fact that it's quite true, often there is something crucial in the illustration, for example the fact that Blake portrayed the worm in The Book of Thel as an infant with no arms; 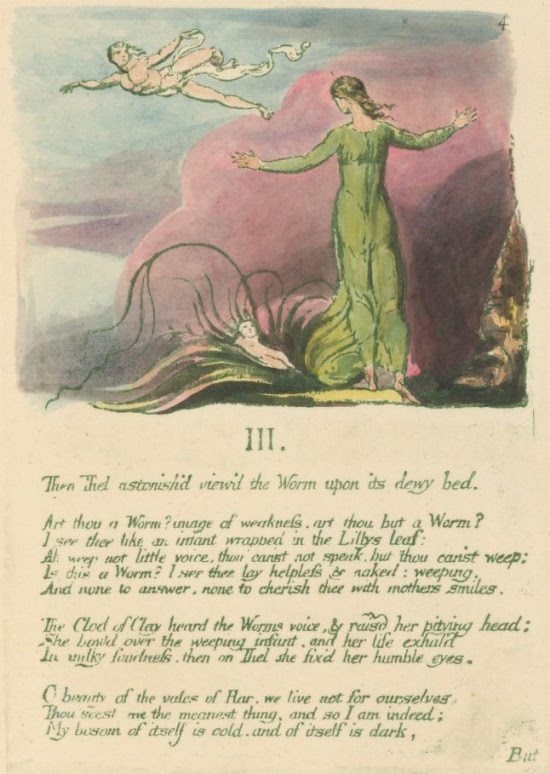 I was particularly impressed by the two chimney sweeper poems after my teacher to-day reminded us that children were employed in the occupation and suffered from sometimes fatal and often permanent afflictions from the soot. The illustration accompanying the version in the Songs of Experience section is appropriately nightmarish, looking almost like something from Goya. 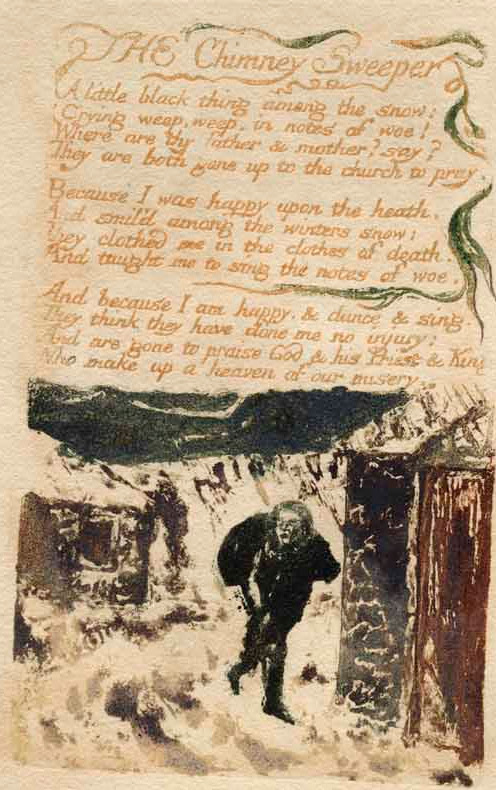 I used to have a copy of Songs of Innocence and of Experience with images of Blake's original engraved illustrations, but I couldn't find it when I turned my room upside down for it. Fortunately, Wikipedia has links to online digital facsimiles of the editions Blake crafted by hand himself. Here's Songs of Innocence and of Experience, The Book of Thel, and Visions of the Daughters of Albion. If you haven't read them, and even if you have, they're well worth your time. They're not unlike web comics.