Making a Pres Out of U and Me 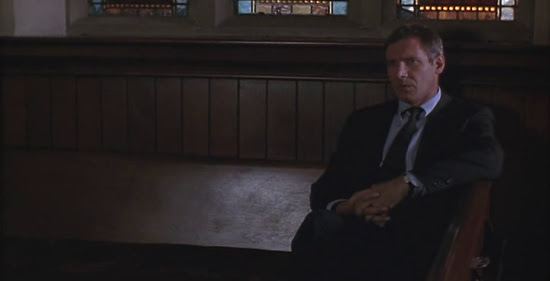 Pope Innocent III, I presume? Nope, it's Harrison Ford in 1990's Presumed Innocent, a simple hearted whodunnit about an assistant prosecutor (Ford) who's charged with murdering and faking the rape of his colleague played by an unfamiliar homogenous 80s actress who looks like a composite of Michelle Pfieffer and Virginia Madsen. 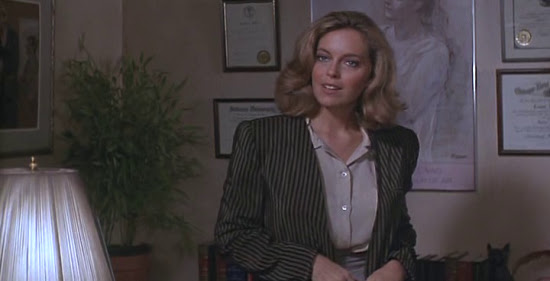 It's a decent enough little legal mystery movie. I used to love watching Ally McBeal and The Practice when they were on the air but I think I got exhausted on legal dramas watching them. They tend to be more like puzzles than character explorations or thoughtful examinations of human nature. But I don't mind a puzzle now and then. I will say I'm rather proud of being able to guess the killer's identity halfway through Presumed Innocent--I'm not usually able to do that. In this case I just thought about which aspect of the story was periodically brought up again but which was never quite brought into the foreground. Then I had it.

The solution to the mystery actually impairs the potential of interesting character development. Raul Julia as the attorney Ford hires to defend him is really cool, a smooth and smart delicious movie lawyer. Ford has a rather juicy role as a high-strung A type personality which, as his boss notes, seems to barely cover a constant anger. 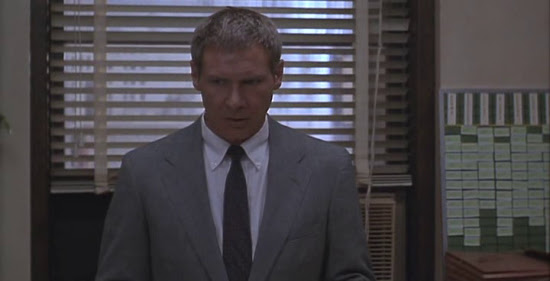 It's partly because of this and partly because he had an embarrassing breakup with the murdered woman who, it turns out, had only been sleeping with him to further her career despite the fact that he'd fallen in love with her, that he looks guilty. When he casually refused on ethical grounds to use his influence to get her a promotion, she broadsided him with the breakup. Ironically, I don't think anyone really presumes he's innocent.

One feels for him as at every turn he finds someone or something else he shouldn't have put his faith in. I won't spoil the end for you except to say this poor man's life really sucks. 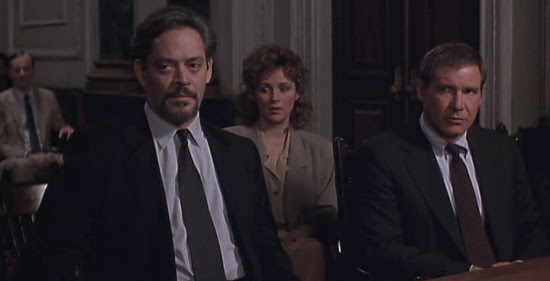