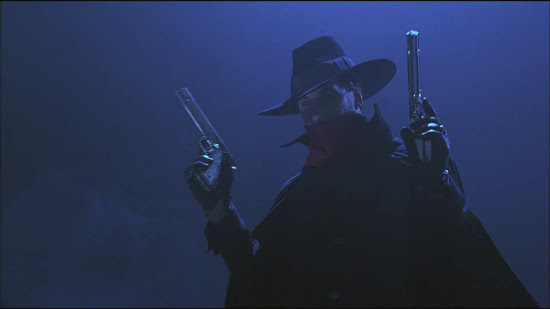 Like Brett Ratner or David Goyer, The Shadow's screenwriter David Koepp was a mediocre talent who managed to perpetuate his career in Hollywood by associating himself with successful movies which were effective primarily due to contributions of other creative talent involved. I say "was" because time has finally told on Koepp. There's no Jurassic Park or Spider-Man for him to glom onto now and someone's head had to roll for Kingdom of the Crystal Skull. So he's finally been relegated to the industry dustbin, some of his old friends seeing to it that Premium Rush and Angels & Demons receive inexplicably good reviews, but mainly Koepp's consigned to movies no-one particularly cares about and unless he's lucky he won't be coming back. Though of course the voodoo economics of the self-perpetuating Hutt movie industry will see that Koepp receives a stipend more generous than peons like you and I can ever dream of.

Though of course, the dim-witted slime ball quality of the industry wasn't so big or as obvious in 1994 and it easily could afford the failure of an intended blockbuster like The Shadow without much fuss and a hack like Koepp played for lower stakes. According to Wikipedia, he'd listened to The Shadow radio serials since a child. I'm a fan of the serials featuring Orson Welles as The Shadow/Lamont Cranston and I appreciated a few nods to them that appeared in the film.

I even kind of like Koepp's idea to include a past of terrible wrong-doing for Cranston as an explanation for how he knew so well "what evil lurks in the hearts of men." 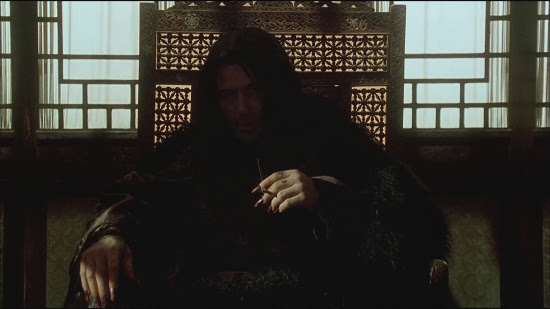 But here's a good example of going too far and not far enough at the same time. The movie introduces Cranston as a Tibetan druglord who's known for exterminating entire villages and ruthlessly killing friend and foe alike when it suits his purposes.

How does he become a force for good? A mysterious master of hypnosis abducts him and tells him he's going to. Cut to seven years later in New York and he's The Shadow. This is the first of many ways in which the film keeps us at arm's length from the characters. 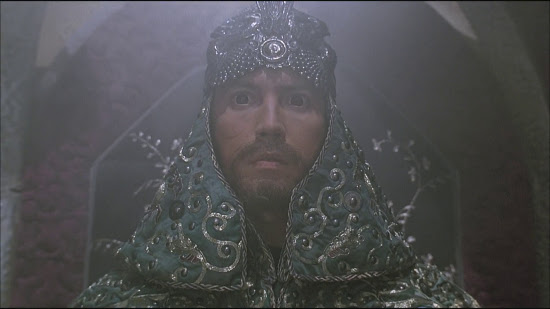 Far worse is the villain played by John Lone, a descendent of Genghis Khan whose desire to rule the world is written without even the tiniest shred of distinction or creativity. Think of the blandest default superhero villain you can think of and then make him twenty times more boring and you'll have John Lone in The Shadow. 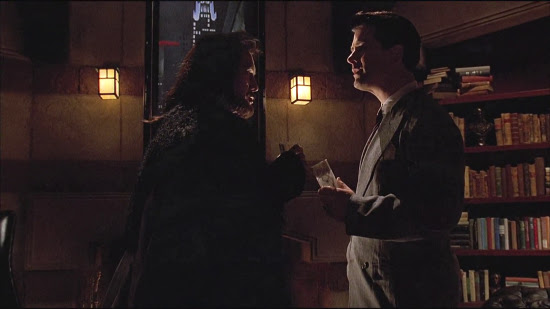 What's even more annoying about him is he almost always seems to have the upper hand on Cranston. He starts the movie off knowing the Shadow's real identity. In fact, there are only two scenes where the Shadow gets to use his power to cloud men's minds in the way he almost always used it in the radio serials--one at the beginning when he spooks a bunch of gangsters trying to throw a man off a bridge and once near the end where he manipulates Tim Curry's character into killing himself. 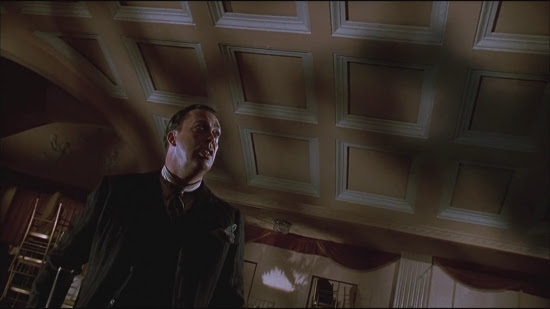 That was my favourite scene as Curry alone in a room is freaked out by shadows crawling up the walls around him and the Shadow's laughter coming from every direction. His demise isn't orchestrated as cleverly as some of the kills in "The Three Ghosts", for example, but it was a spot of devious fun.

Considering Cranston's past in the movie, you would think there was plenty of room for the sadism exhibited by the Shadow in the radio serials yet it's rarely seen, despite Alec Baldwin's nicely subtle, mysteriously amused performance. 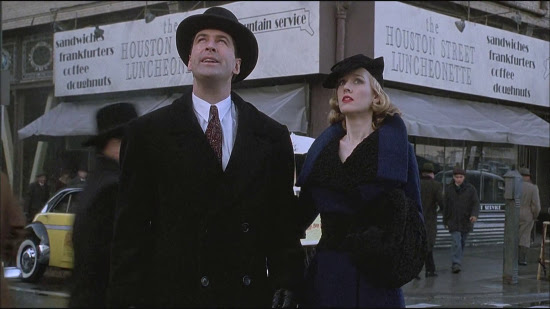 I thought he was actually quite right in the role. He had the voice and the attitude. And Penelope Ann Miller was fine as Margo Lane, though the movie wastes too much time providing an introduction between the two characters that doesn't really properly make sense of when their relationship settles into the dynamic it begins with in the radio serials. There's an attempt to update it with argumentative flirtations and Lane's given an innate mind-reading ability so she becomes yet another of the many characters and situations that diffuse Cranston's powers.

Her father's played by Ian McKellen before he was Gandalf or Magneto, though well after he'd had his amazing turn as Macbeth. Peter Boyle's similarly sidelined in a role as The Shadow's cab driver. All this talent and John Lone takes centre stage as an extraordinarily dull villain. So many wasted opportunities. 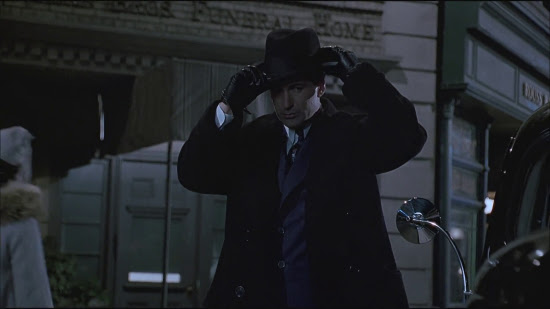 I'd like to see a Shadow movie directed by David Lynch. I'd like a movie that concentrates on the psychology of the villains and portrays the Shadow almost like Satan ready to drag them to Hell--which is what the serials were sort of like. The story tended to concentrate mainly on the villains and victims, their motivations and fears, and then The Shadow would show up with his laugh--and they'd never, ever see him. Instead of a vague villain like John Lone's, they could have someone like the bomber in "Circle of Death". I would say emphasise that character's resemblance to the Boston bombers. I suppose there's no chance it'd ever happen, but I think there'd be some real potential there. Giving the Shadow a big past is kind of interesting, but making him seem almost like a force of nature might be more interesting. Like the Joker in Nolan's The Dark Knight--he doesn't have a past and yet his motives have an evocative, self-evident depth. Add to that a filmmaking style, like Lynch's, dreamlike and particularly suited to manipulating perceptions and I think we'd see something extremely interesting.

The Shadow: Circle of Death from The Radio Ghost on Vimeo.

Posted by Setsuled at 4:04 PM
Email ThisBlogThis!Share to TwitterShare to FacebookShare to Pinterest