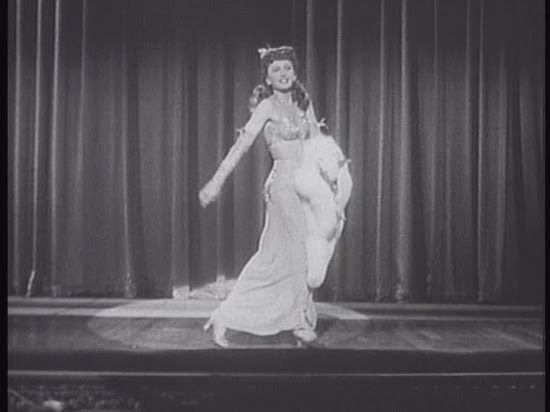 It's too bad they don't offer degrees in solving murders in movies before they're revealed because I just aced another one with 1943's Lady of Burlesque based on The G-String Murders by burlesque strip tease performer Gypsy Rose Lee. The Hays code sadly prevented the movie from containing anything but offhand references to real stripping but it's a charming film with a couple fascinating moments. Mainly it's Barbara Stanwyck as Dixie Daisy, a fictionalised very of Lee, who makes this movie work. 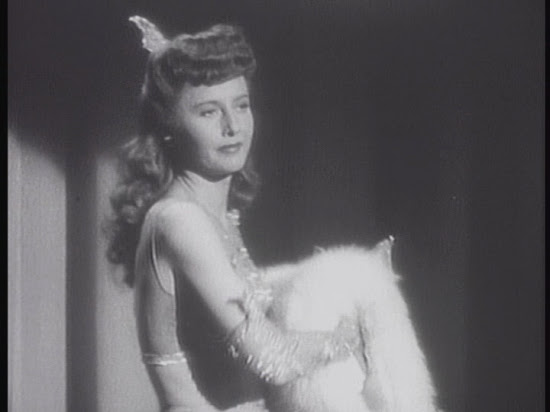 Early in the movie, she performs a routine where she strips off layers of hand muffs as sort of a metaphor for real stripping. In a comedy routine later, faithful to the slapstick bits in real burlesque shows, there's actually a bit more cheesecake, mainly focusing on Stanwyck's legs. 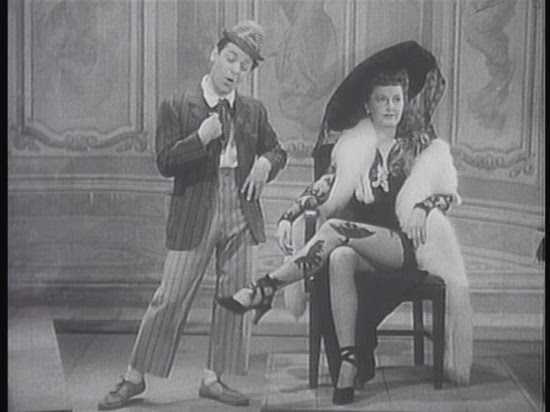 This scene is also remarkable for how the performers change to a louder routine in order to mask the sounds of a gangster beating a woman backstage. This is another way in which the film was dangerously close to violating the production code, having its protagonists complicit in such a thing. Though any sensible person would see it's because their lives and livelihoods are all dependent on the graces of the mobster.

One of the comics in this scene is Stanwyck's love interest, one of the film's weak points as his delivery is much to fast, tending to run past the punch lines. 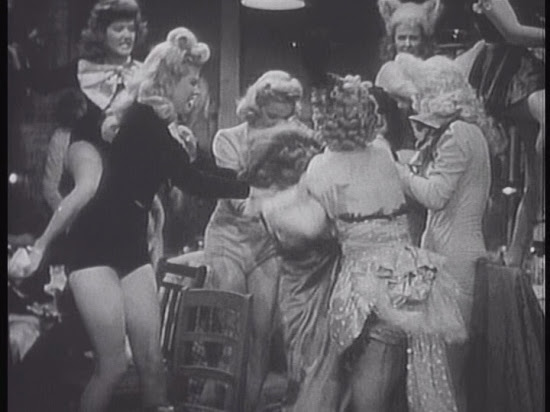 The best parts of the movie are the ladies just hanging out in the dressing room teasing one another or lightly mocking one another's ambitions to get out of burlesque. It's all a little bittersweet as it's easy to imagine how great this movie could have been without censorship. A g-string is used to commit the murders but the object referred to as such appears to be just a pile of glittery streamers. 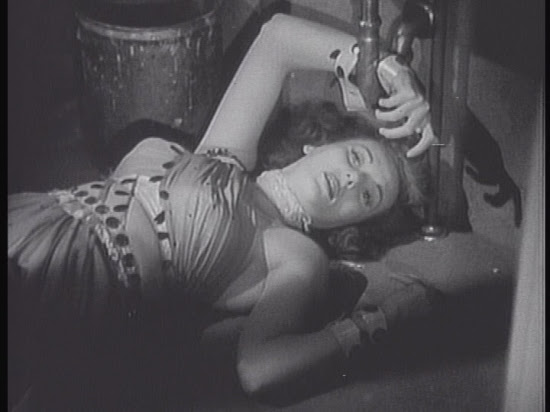