Now that I've finished season three of Game of Thrones and season four doesn't start until spring, I feel slightly like I don't have a TV show. I guess I have the rest of the final season of The Sopranos to watch but I'm finding it hard to get through even one episode. Maybe it's because there was so much pressure on the writers by that point, but all the characters feel like theoretical constructs of statistics.

So last night I tried two pilots, two shows that ended up being comedies about perpetual anger as a means of getting through life--Eastbound & Down and The Thick of It. 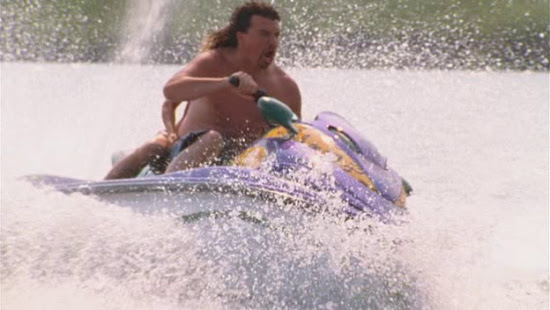 Danny McBride is so good at embodying and satirising the unquestioning, massively overreaching American sense of entitlement. For McBride's former Major League Baseball pitcher turned substitute high school P.E. teacher, Kenny Powers, everything and everyone is an obstacle to be overcome by shouting, pushing, a middle finger, or all of the above.

He has no money but plenty of merchandise with his name on it. In one of my favourite scenes, Powers sits in his truck outside the high school listening to himself reading in the audio version of his self-help, motivational book.

"I'm the man who has the ball, I'm the man who can throw it faster than fuck," his recording tells himself. "And that is why I am better than anyone in the world." 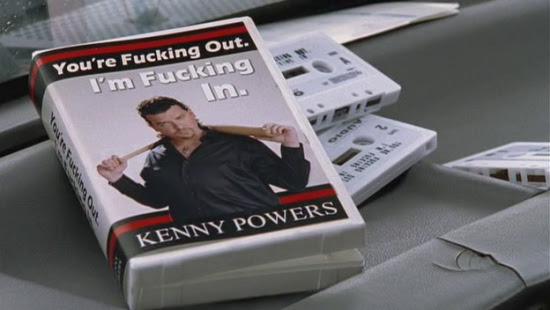 Using his anger much more effectively is Peter Capaldi as Malcolm Tucker in The Thick of It, which is a satire of the political spin machine in Britain. Tucker is the Prime Minister's "Enforcer" whose method of dealing with any conflict is to explode with anger at the implicit idiocy of any contrary idea, as though he simply can't believe the person he's talking to could have possibly missed the (his) rational point of view. 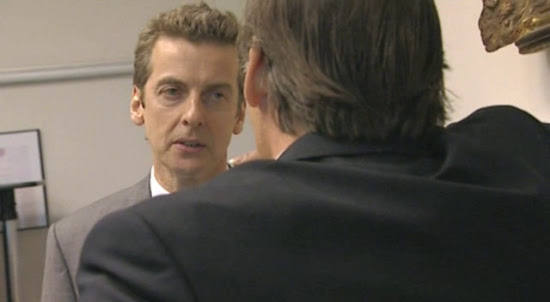 The plot of the first episode involves an MP, Hugh Abbot, Tucker's just put in place calling a large press conference to announce his first policy idea. But he has to change plans swiftly on the way to the conference because Tucker calls him and becomes apoplectic over the idea that the Prime Minister saying they "should" have policies like the one Abbot's suggesting is the same as the Prime Minister saying "Yes" to Abbot's specific policy.

The consistent idea throughout the episode is that there is no subject too complex or nuanced for Tucker not to become wrathfully indignant that no-one knows the solution to, and then to become equally wrathful when anyone suggests that events going contrary to his predictions just might be an indication that Tucker was wrong somewhere along the line. It's pretty simple, but the fear with which everyone seems to regard Tucker feels pretty credible. I suspect it's all not too far from how things actually happen in many political offices. 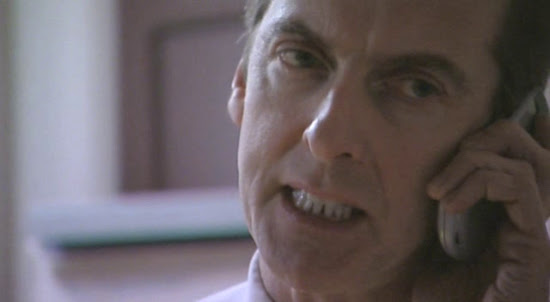