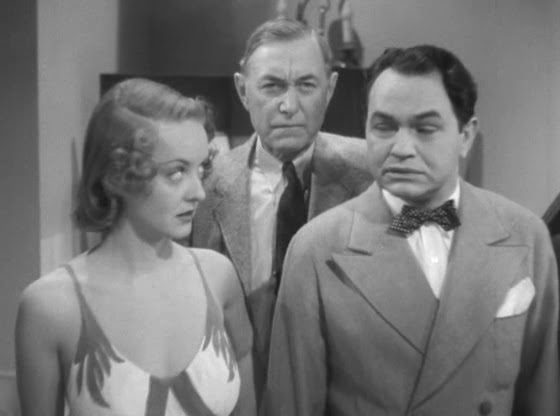 They say Jesus died for our sins but Edward G. Robinson died for our virtues in 1937's Kid Galahad, a solid Michael Curtiz gangster boxing film. Sort of forerunners to films noir, the gangster films in the 1930s tended to feature Robinson or James Cagney paying for a life of extravagant crime and we feel bad for them, too. In this case, Robinson's main crime is not being as attractive as Wayne Morris, who plays the boxer Robinson's character manages, Ward "Kid Galahad" Guissenberry. 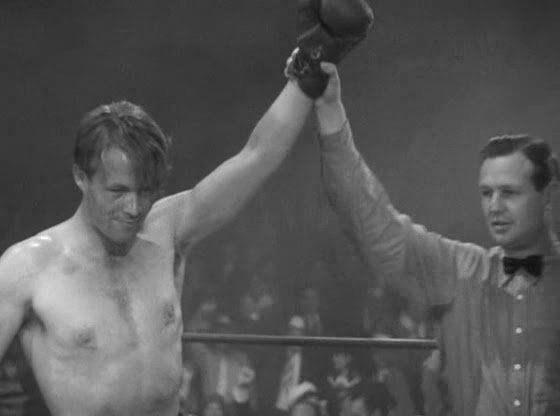 Robinson's character is Nick Donati, a boxing manager connected with the mob and the underground gambling racket. His primary competitor is Turkey Morgan, played by Humphrey Bogart and throughout the film the two compete on the field of paying off fighters.

Donati and Guissenberry meet at a party Donati's been throwing in a hotel room for several days and nights after he lost half his money on a fighter who double crossed him. Guissenberry's a bellhop who's called up to help mix and serve drinks, except he's an innocent farm kid from the midwest and Donati's girlfriend Louise, or "Fluff" as she's rather suggestively called, has to teach him how to mix drinks. 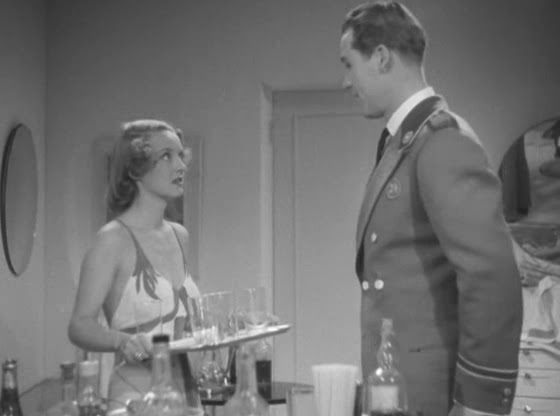 Fluff is played by Bette Davis, burning from the inside as usual like Joan Crawford with suppressed resentment and indignant ambition that comes through in her big crazy eyes. 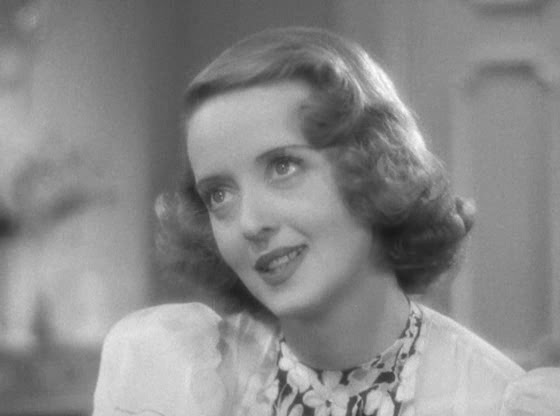 She's obviously the brains behind Donati's operation, we see her continually holding him back from some rash action, knowing not just the better move but how to explain it to him so he doesn't feel slighted. He loves her, but she soon falls for the better looking and better mannered Guissenberry. She coins his name "Galahad" after he knocks out a guy who hit her. 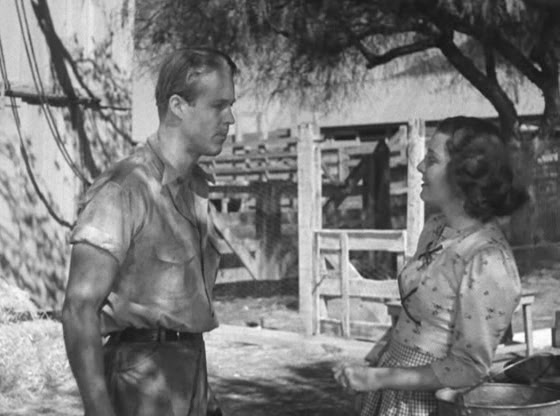 Unfortunately for her, Galahad falls in love with Donati's sister, fresh home from the convent, despite Donati's attempts to prevent her from meeting anyone in his seedy life, preferring to keep the young woman on the little farm north of the city with his mother. But Louise leaves Donati anyway, knowing her heart's for another, and along with her go his brains. 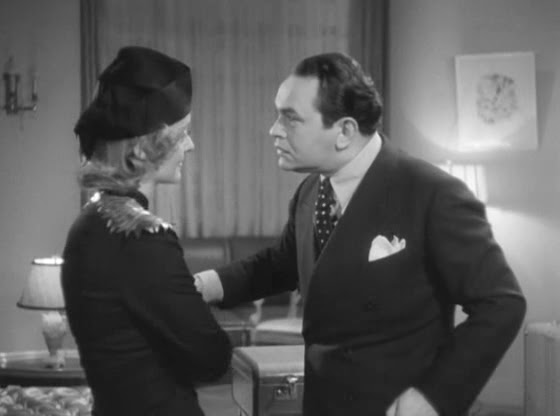 So there's this triangle between the boxer, his manager's sister, and his manager's girlfriend. Meanwhile, his manager is Donati, a gangster who manipulates men to win money in fixed bets, who acts like a tyrant with his sister. But Edward G. Robinson gets top billing and he's the one we feel for. It's true he does turn around near the end but the movie doesn't seem to suggest this makes up for all his past behaviour. Louise pities him, but at the end I sense she'd still rather be with Galahad. In this sense, the movie really is a particularly true forerunner of the noir in showing how the equations dictated by popular morality are inadequate to explain or satisfy human nature.