Dreams On the March

I doubt to-day will be as productive as yesterday, when I pencilled and inked two pages. Last night sleep was impaired by it being inexplicably hot, just in my bedroom, and the fact I'd played chess just before bed, which I ought to know better than to do by now. It always leaves me wired.

Last night's dream is hard to explain because it's based on a series of presumptions I had about reality in my dream that I don't have in waking life. I think I presumed that everyone lived out their lives on three hundred year old sailing vessels and after death, everyone went to a shadowy balcony in a cathedral around fifty times the size of Notre Dame. However, I was somehow disabused of this presumption when I realised all my experiences and knowledge of life were compassed by a group of around fifteen people, a group I was a member of, and none of us actually died. Each of us was tasked with remembering every moment of our lives in exact detail before we could end our solitary life at sea, at which point we passed this knowledge onto the next person in the group and we were reincarnated into another ship in the next slot. I think we may have all existed within the same lifetime, just always in different parts of the sea. 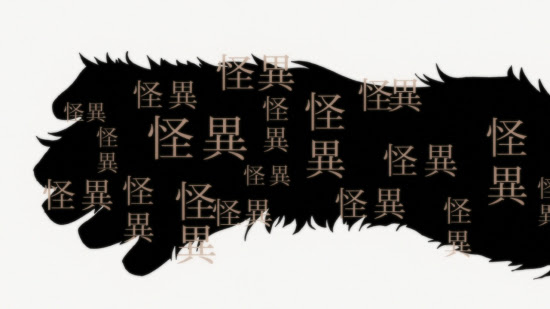 Somehow the newest Monogatari episode still hasn't been subtitled, so I've gone back to watching my favourite arc, the Suruga Monkey arc from the first season. I thought again about how strangely superior that first season was to everything that came after. I think what it boils down to is that the show was written about people in its first season and now it feels more typically fetishised. Albeit of a higher class of fetishisation than most anime.

The story in the new season of Hanekawa overcoming her repression is okay but feels sabotaged slightly by the show's fan service shots of her. Her internal monologue lacks the mile-a-minute stream of Araragi's--the original series had a lot of direct parody and criticism of otaku culture that was nice mainly in how it allowed the characters to move past these issues to the real needs of the people underneath. 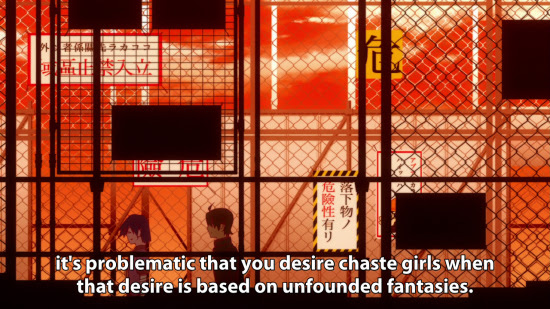 A couple days ago, I watched again this pretty good analysis of Evangelion and I thought about End of Evangelion's criticism of otaku double standards regarding women.