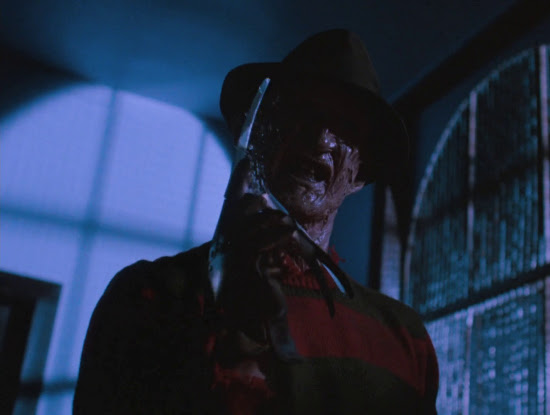 I think A Nightmare on Elm Street 3: Dream Warriors is overrated. It's lazily written with no indication anyone ever cared about the characters while making the movie and the music, by Angelo Badalamenti, proves that when separated from his usual collaborator, David Lynch, a decent musician can produce tripe.

"But wait," you may say. "Calling it overrated implies someone's gone on record as liking it."

Yes, as a matter of fact, just last year Joss Whedon listed a character from the film among his top five favourite horror characters.

She was so badass. [Dream Warriors] changed the dynamic of the horror movie in a way that I appreciate—the idea that the people facing horror could be empowered by it and confront what they were fighting. It’s very Ur-Buffy as well. Not bad enough for a real mohawk, apparently. She has perhaps one whole minute of assertiveness for the whole movie--this moment where she introduces her dream "power" and an awkward knife fight she has with Freddy that ends quickly with her being injected with Freddy's finger syringes. 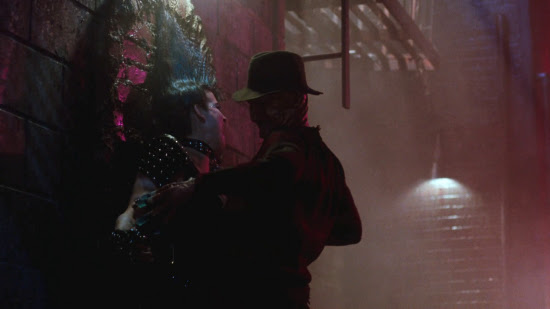 The hazy, After School Special junkie story is actually what dominates her subplot. I did kind of like the effect of little eager mouths for the needle scars on her arms. 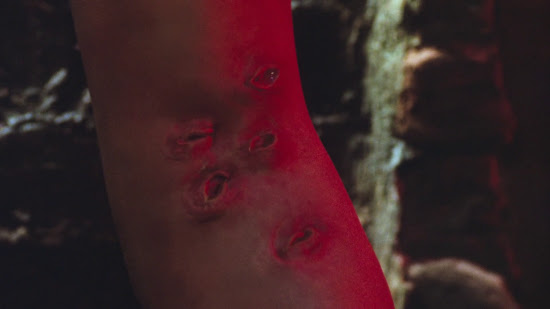 The cartoon logic of Freddy's dream tricks is the best part of the film probably because the writers didn't have to do any research for it or consciously write about things genuinely important to them. The Ray Harryhausen-ish Freddy Skeleton Warrior was kind of cool, too.

The big concept with the third Nightmare on Elm Street movie was that the kids in this one were using the fact that one can do and be whatever what one wants in a dream in order to fight Freddy, the malevolent ghost of a child molester who attacks them in dreams. I think even when I saw the movie as a kid I wondered at the surprisingly weak abilities the kids picked out for themselves, most glaringly Patricia Arquette's power to do somersaults. 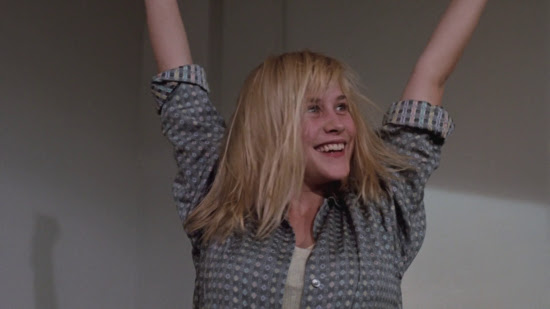 But outright insulting is the Dungeons and Dragons guy, who was written as though someone said to the writers, "You know who'd really be into dream powers is one of those role playing geeks."

And the writers grudgingly said, "Yeah . . . okay . . . but we're not going to spend any time figuring out what role playing is or how Dungeons and Dragons actually works." 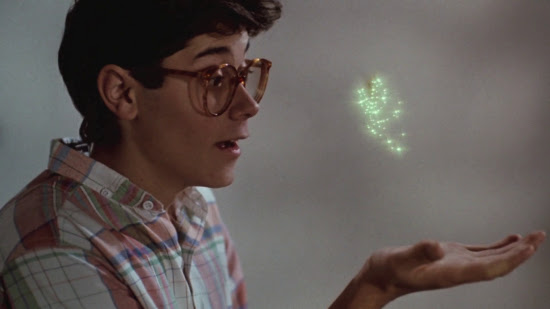 As a result, the kid's written like a sitcom nerd who feels the need to say, "In the name of Lowrek, Prince of Elves . . . demon, begone!" And Freddy beats his power just because. The nerdiness, I guess.

Actually, you never get the impression anyone's dream power means anything.

Also, Heather Lagenkamp's back in the movie as the heroine from the first film. I don't think I can describe her performance better than I did in 2009 when writing about the first film;

Heather Langenkamp delivers one of the most anesthetised performances I've ever seen. She always seems like she's had a gallon of novocaine injected into her skull a few seconds earlier, and when she speaks her head subtly sways like a wind sock, her eyes seem to be aimless blue jelly beans. There's a guy in Powell and Pressburger's A Canterbury Tale who was totally blind playing someone who had sight, and watching him, I was more convinced of his ability to focus on objects than I was of Langenkamp's.