The Yellow Sun and the Super Lizard 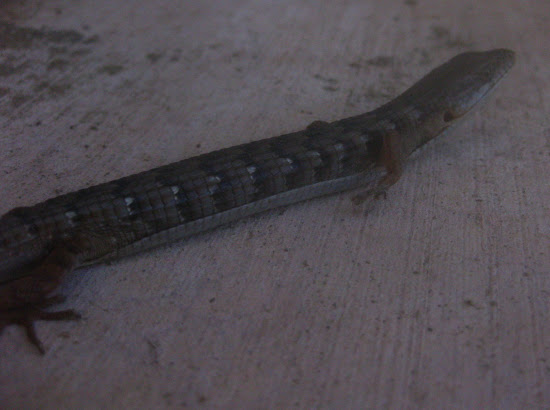 This lovely lady was waiting for me right outside the front door this morning. She suffered me to take two macroshots before wriggling off. 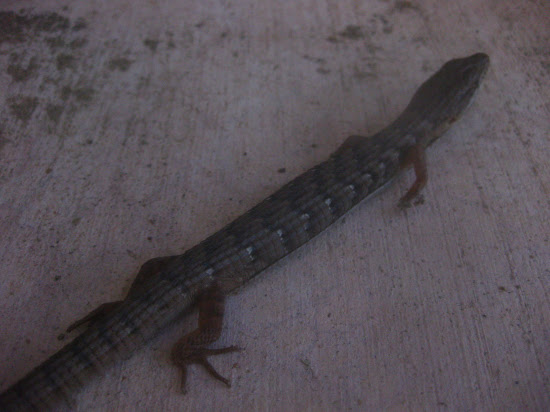 Lizards this size always seem to flee out of annoyance more than any fear of me.

A few days ago I had a longer photo session with a wasp; 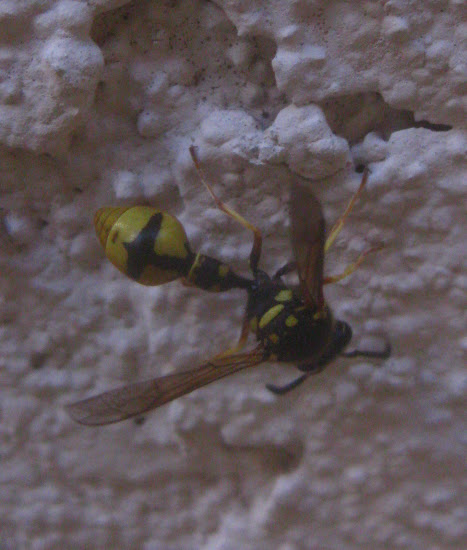 I don't think I've seen a wasp like this around here before. I love how the wildlife around here never stops surprising me. 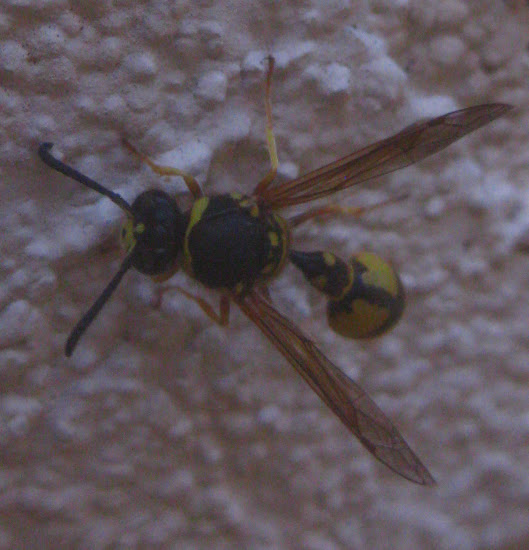 I've been colouring all week. I ought to pick up the pace, I suppose. I don't see how I can, though, now that I do so much airbrushing. It takes me twice as long now to colour a page as it took me to colour the average Venia's Travels page. I keenly feel I'm doing the work of three people.

Sometimes while colouring, I've been listening to Carl Sagan's Cosmos this past week. Still a great series but how sad it is to hear him enthusiastically talking about how 1980 was just at the beginning of the era of space travel. And it is sad to hear him talk about creationism as though it's a curiosity from a primitive part of human history. Now I have a creation museum in the town where I live which Caitlin told me is infamous.

I usually stop colouring at eight or nine o'clock feeling like I'm several days behind where I ought to be and play a couple hours of The Secret World, which I finally feel like I'm starting to make headway in again. There's an "Innsmouth Academy" in the game which has a lot of good missions and unlike in World of Warcraft you're able to repeat missions as many times as you like, which is a much nicer way of grinding than killing monsters over and over.

My brain feels a bit mushy to-day which is what usually happens on the Saturdays where I delay lunch and afternoon caffeine for a chess tournament. And, as usual, I only won two out of five games. Everyone I play against either seems insanely good or like they just started playing a few days ago. Well, my friend, and co-owner of my chess club, Celia took home the top prize, so I'm happy for that.

Posted by Setsuled at 5:58 PM
Email ThisBlogThis!Share to TwitterShare to FacebookShare to Pinterest