Oh, the Heartbreaking Days of Fruit Stands and Sequins! 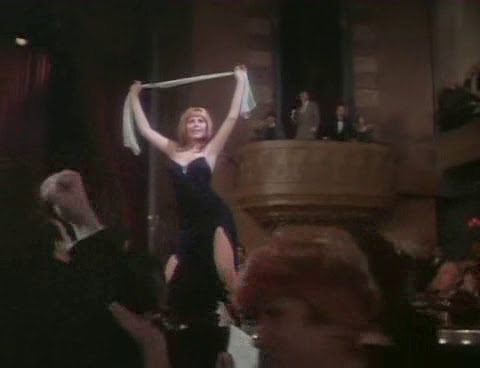 Sometimes I get a nostalgic yen for 1960s and 70s nostalgia for the 1920s and 30s. There's something gooily special about how they saw things in the second and third decades to be so gooily special. 1968's The Night They Raided Minsky's puts burlesque under the goo-scope. It's an entertaining film though, like most progressive movies of the period, it ends up actually being fundamentally more conservative than movies a decade earlier. 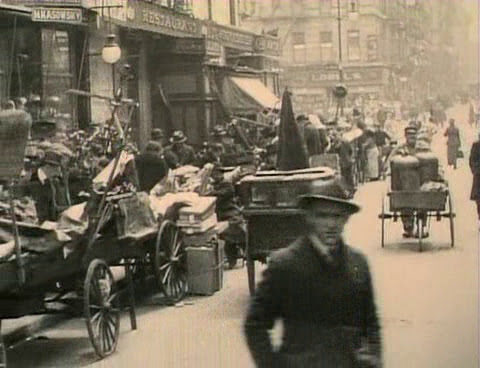 The movie begins with stock footage of 1920s New York streets juxtaposed with footage of extras on sets, shot for the film. The new shots often beginning in black and white before switching to colour, essentially saying to the audience, "Look how well we matched the stock footage!" 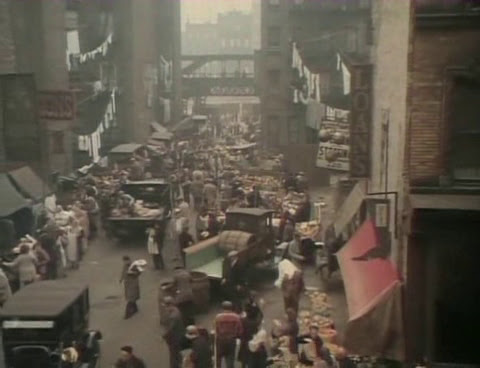 And they did do a decent job, at least until Britt Ekland gets off the train looking like a time traveller. 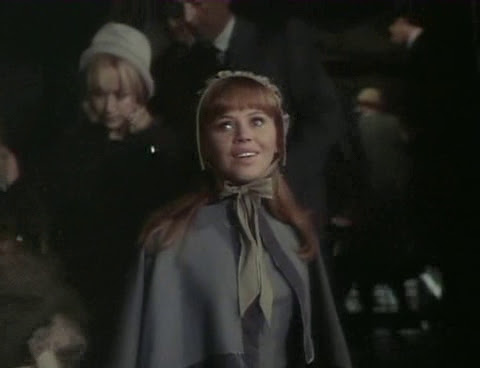 She's Rachel Schpitendavel, an Amish girl who's come to the big city to rebel against her family. Britt Ekland's beautiful but her performance does nothing to counteract the fact that the character's written like an anaesthetised six year old. She wanders the city wide eyed before stumbling into Minsky's Burlesque where she's charmed by the comedy routines onstage and doesn't see anything fishy in them hiring her to perform her religious dances. She's had professional training in dance--one wonders how, since the Amish don't dance. 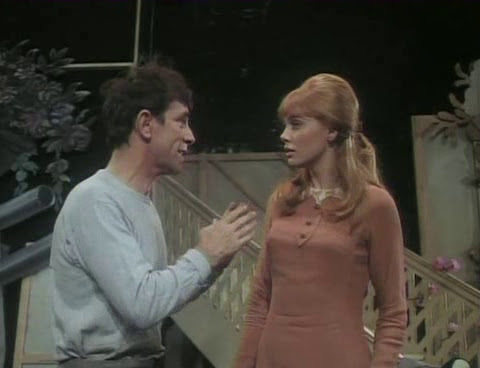 This movie is loosely based on a true story, and the fact that Rachel is written just blindly wandering into everything is a little disappointing since, according to the movie, the person she's based on invented the striptease (though that's not actually true). Unlike Lady of Burlesque, The Night They Raided Minsky's was allowed to show an explicit strip tease, yet Stanwyck's performance remains the stronger one in portraying a woman in control of her sexuality. When Rachel strips, it's basically an accident done in innocence while her lover, a burlesque comedian named Raymond played by Jason Robards, looks on disapprovingly from the wings. 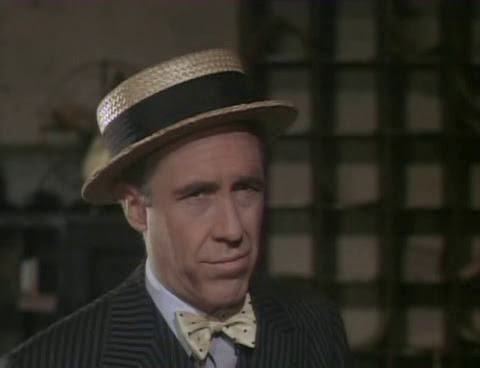 Robards has better timing than the comedian in Lady of Burlesque, though the music and comedy in this movie still feel more distinctly 60s, or 60s sentimentalised 20s. There's even a sad clown to sweep up the stage at the end. 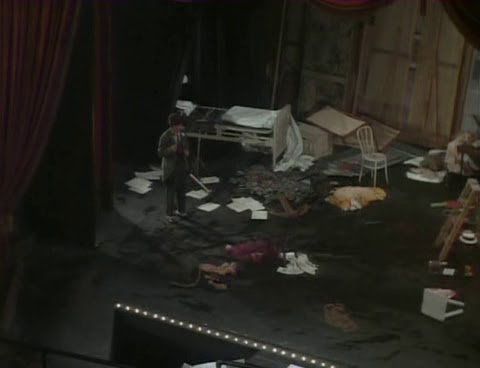 Before she goes onstage in the finale, Rachel does give a little speech to her father and Raymond about how it's her body and she can do what she likes with it but it feels as though it the screenwriter felt obligated to write it while not quite at heart sympathising with the philosophy. Most of the movie follows Raymond and his partner, Chick (Norman Wisdom), as they compete over who gets to seduce Rachel, who's generally oblivious, mirroring some of the stage routines. 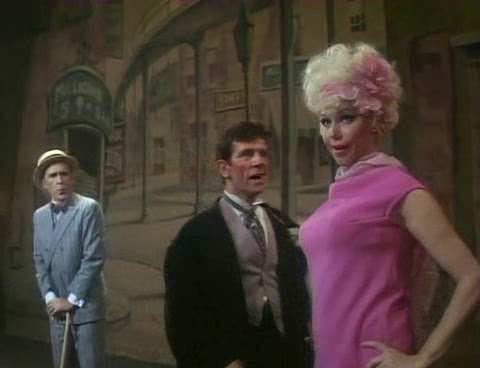 There is an interesting attempt to mirror the kind of humour onstage with the offstage action in the film, particularly in fight scenes which dissolve in to pie throwing style antics. There are several jokes in the stage acts that were also used in Lady of Burlesque, most notably a courtroom sketch.

The movie nominally argues for Rachel's freedom while repeatedly demonstrating she lacks the mental capacity for it. Partly this is a side effect of the vaudevillian humour, but mainly it's just that Rachel isn't as clever as any of the male characters who jockey for the position of honoured chaperone. So the message at the end is a little confused, perhaps arguing women ought to be left in the care of the schmaltz Force. 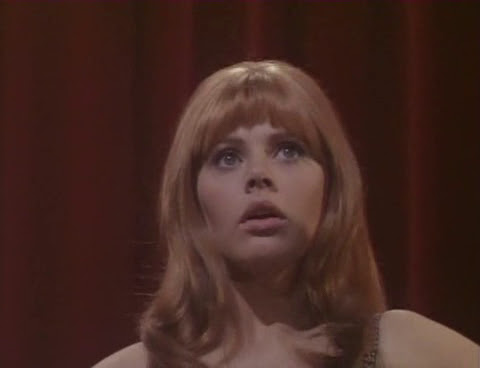 Posted by Setsuled at 2:15 PM
Email ThisBlogThis!Share to TwitterShare to FacebookShare to Pinterest