A World Too Big for Neck Ties 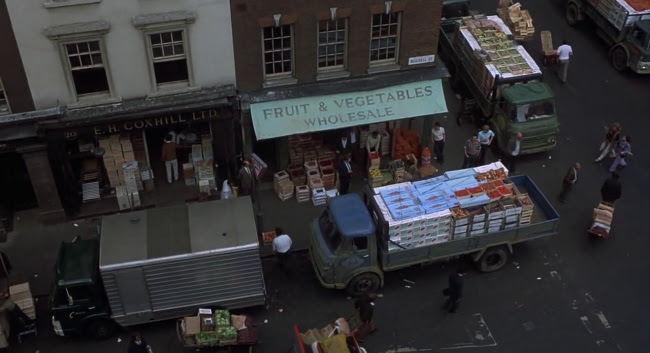 What kind of a man abuses women? That's an important question in Alfred Hitchcock's 1972 film Frenzy and, unfortunately for Jon Finch's character, the police decide he's the kind of man who abuses women and pin on him a series of murders perpetrated by the "Neck Tie Strangler", so called because the victims, invariably women, are invariably discovered with men's neck ties around their throats. It's of course an effectively suspenseful film and darkly funny, the subjects of its humour being those who would try to impose order, by murder or lazy categorisation, on a very messy world.

I sometimes wonder how Alfred Hitchcock felt about critical claims that he was a misogynist. Frenzy may be his cinematic retort and one which shows how neatly the argument fits with two of his preoccupations; his "wrong man" style film and his recurrent, domineering mother figures. 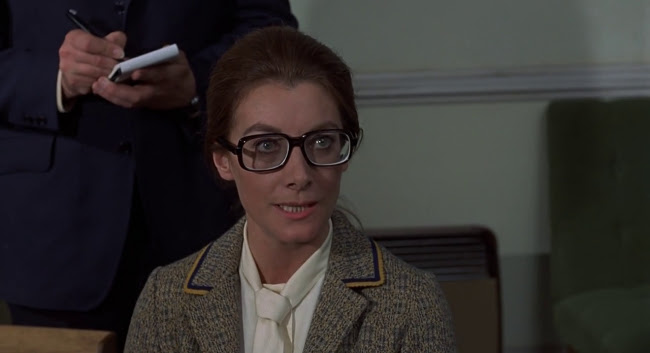 Jean Marsh here plays the secretary of Jon Finch's ex-wife, Brenda (Barbara Leigh-Hunt), who runs a dating service. She confidently implicates Finch's character to the police when Brenda's strangled body is discovered with a neck tie. Marsh seems quite certain about what sort of man Finch's character is after she's heard him raise his voice to his ex-wife in the next room--and she prides herself on being an expert when it comes to men's psychology. Even the name of Finch's character, Dick Blaney, seems to condemn him. 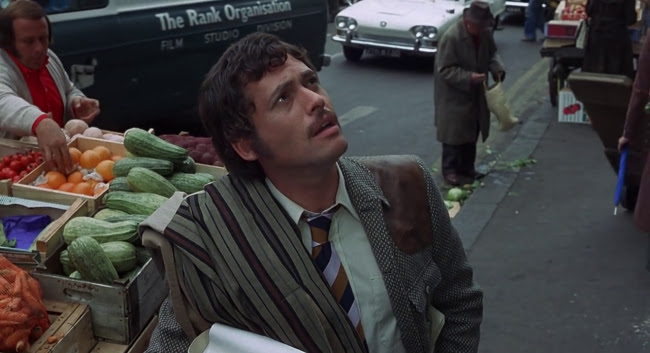 He's seen here near a vehicle belonging to the famous British film studio, Rank, which did not produce Frenzy, despite it being beautifully shot in England. Hitchcock seems to have comfortably adapted at this point to the demands in the 1970s for more location shots. There's plenty of footage of Covent Gardens' now vanished produce market and the film opens with a spectacular helicopter shot over the Thames. 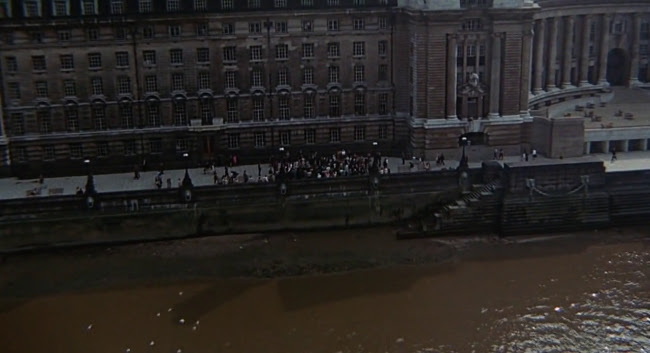 Jean Marsh isn't the only two time Doctor Who alum in the film--hiding from the cops, Dick and his girlfriend Babs (Anna Massey) run into Dick's old friend Johnny played by Clive Swift. The effusively affable fellow, the kind of character Swift excels at, convinces the two fugitives to hide in his apartment--all the while the three are shown as tiny, isolated figures from a great height, the vantage point, we soon see, belonging to the wife of Swift's character who doesn't believe in Dick's innocence one bit. 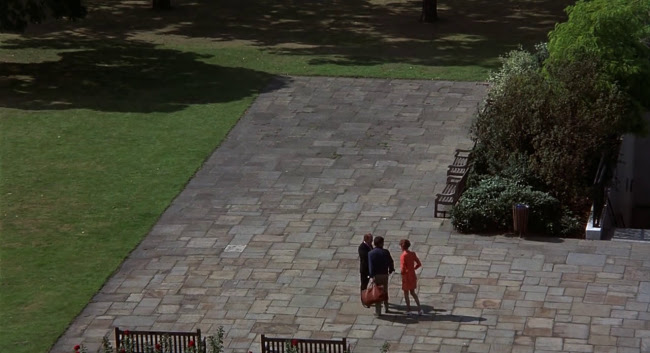 Hetty (Billie Whitelaw) isn't even convinced when another murder occurs while Dick is staying with them. But not every woman is Dick's enemy--he has an ally unknown to him in the wife of the Chief Inspector Oxford (Alec McCowen) investigating the murders. She insists to her husband that Dick couldn't possibly be guilty. And she seems to have a good intuition--she knows quite well her husband doesn't like her cooking experiments which appear to be discarded fish heads and crab claws in melted butter. 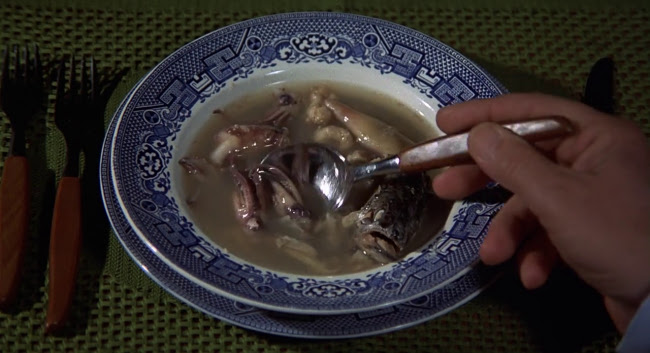 The inspector never once complains so his wife really does have to rely on her instincts to know he hates what she's feeding him for his own good. The scenes of the two, one resolutely bearing up, the other cheerfully serving bizarre dishes just as resolutely, are long and have an effectively subtle humour especially as the scenes are used to divulge a great deal of exposition. Since both characters are in some degree controlling the events of the film, one wonders if the two aren't in some way a rendering of Hitchcock's relationship with his wife and collaborator, Alma. 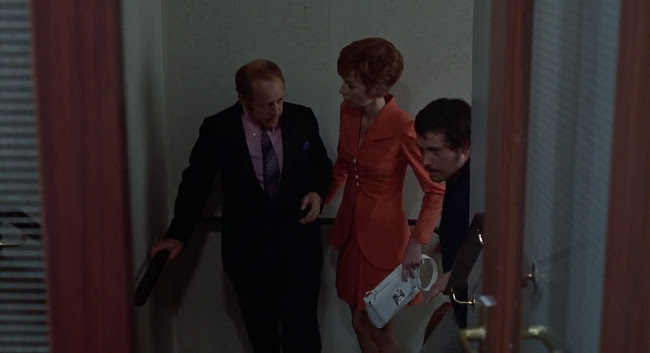 The irritable and violent Dick is contrasted with his best friend, Bob (Barry Foster), an absurdly amiable fellow seen here getting along with his mother over an absurdly cheerful window box. 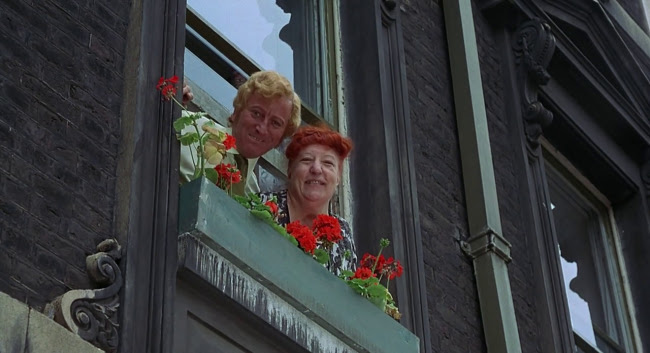 The biggest target of Hitchcock's humour is the killer. The neck ties as a phallic symbol seem to underline the killer's relationship with masculinity. Dick overhears a couple aristocratic older gentlemen in a pub teasing a woman about how the victims are raped--so there's a bit of "fun" first. The reality of the sloppily and angrily executed killings, particularly a scene where the killer is forced to hide on a potato truck and wrestle with a corpse for a lapel pin he'd accidentally left on on his victim, reveal this man motivated to dominate women as the pathetic creature he is.

Posted by Setsuled at 4:53 PM
Email ThisBlogThis!Share to TwitterShare to FacebookShare to Pinterest