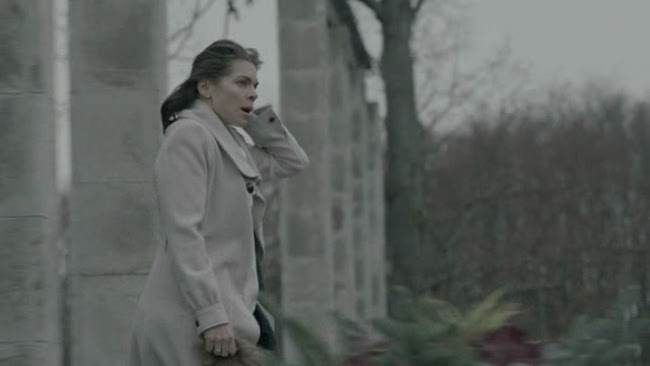 Is this the hair of a rich woman who wears a stupid wig all the time? This is the wig: 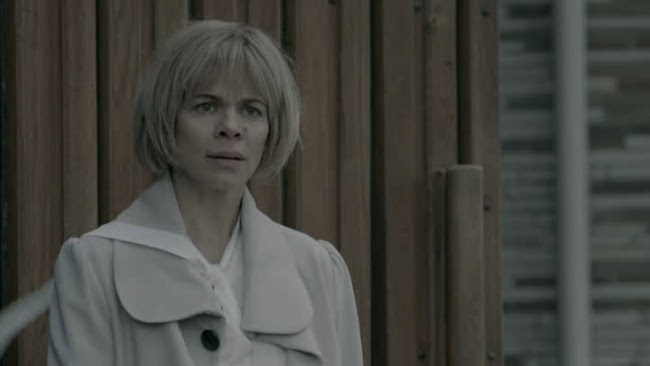 Her real hair may be a little grey but she's got volume and she's not balding. There's no reason she should look like a mannequin of a flight attendant from the 60s.

I'm talking about Ellen Hillingso as Charlotte on The Bridge (Broen/Bron), a crime drama that began airing in 2011. I'm four episodes into it. I guess it's what I'm watching now that I'm done with Breaking Bad though I've also been kind of watching through the second season of Mystery Science Theatre 3000--I don't think I've ever watched MST3k completely in sequence. It does help one appreciate the running gags, like the continual impressions of Lloyd Bridges saying, "By this time my lungs were aching for air!" But The Bridge I hadn't seen at all or its American remake--the original series is a Danish and Swedish co-production, this apparently related to the subject matter as the show begins with a corpse cut in half and left by the murderer on the bridge connecting Malmo and Coppenhagen. It turns out what appeared to be one body is halves of two bodies, the top portion belonging to a wealthy politician and the lower belonging to a vagrant. 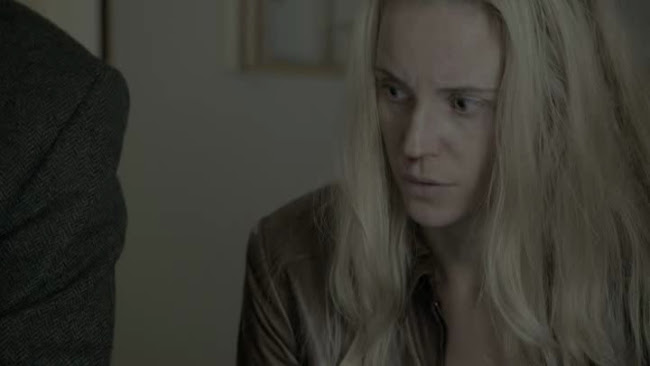 Charlotte is actually only a minor character--the show centres on Danish police detective Martin Rohde (Kim Bodnia) and Swedish police detective Saga Noren (Sofia Helin) whose curiously pragmatic behaviour seems to indicate she has Asperger's. She doesn't hold even the slightest grudge and engages in sex as casually as most people buy coffee. She actually reminds me a little of Agent Cooper on the early episodes of Twin Peaks making me wonder if he was meant to have Asperger's at first.

It's an engaging enough series. The killer, who's dubbed by the press a "Truth Terrorist", seems to be making a point about the divide between rich and poor more than about the relationship between Sweden and Denmark. But while a variety of homeless minor characters are established, the show is primarily a procedural so far focusing on the relationship between Martin and Saga as he, a cop who relies on instinct and sensitivity, learns to collaborate with the strictly rational Saga. It's an interesting version of the Mulder/Scully dynamic. Mulder and Scully are characters from a 1990s series called The X-Files about a couple FBI agents investigating paranormal phenomena. It just occurred to me I ought to explain that because in my media communications class a couple days ago the teacher asked everyone in the class to name their favourite television series and when I said, "Twin Peaks" no-one, including the teacher, had heard of it.

Two thirds of the class said Breaking Bad, by the way. There doesn't seem to be anyone who doesn't like that show. Other answers included The Kardashians, various reality shows I never heard of, and one young woman, bless her, said Doctor Who. 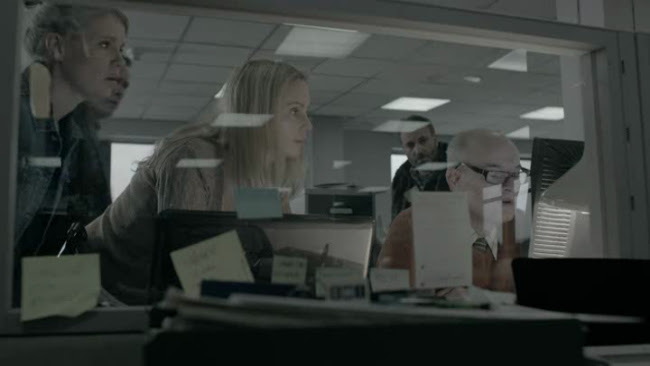 So The Bridge sets up these dualities--rich and poor, Denmark and Sweden, logic and emotion. So far none of them have connected meaningfully but maybe they don't need to.