Out of Land and Time 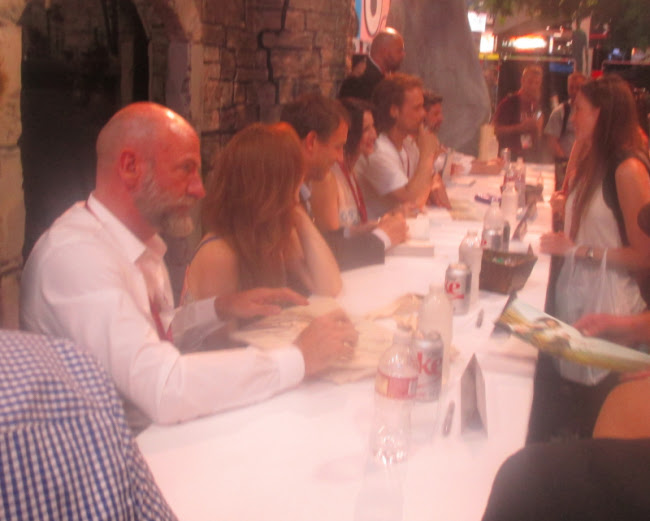 So here's one more picture from Comic Con--the whole cast of the new series Outlander, a fantasy drama based on a series of books by Diana Gabaldon and airing on HBO's competitor, Starz. In fact, it looks to be a competitor for Game of Thrones, featuring sex, nudity, and lots of blood. More importantly, it's hopefully only the first to follow the Game of Thrones model where whole seasons are made cohesive by adhering to a single book, replacing the chaotic and uneven pattern of traditional television series.

Even a decent series like Breaking Bad suffers from the old way of writing television. I'm on the last season of the show but the last episode I watched, "Rabid Dog", was so, shall we say, broken bad that I'm not sure I can finish. An accumulation of dumb ideas came together in a perfect storm to create a singularly stupid episode, irrevocably damaging character motivations and completely obliterating story integrity. Game of Thrones doesn't need to worry about this so much because the blueprints are already solidly drawn.

Outlander's showrunner is Ronald D. Moore, one of the best creative minds behind Star Trek: The Next Generation and more recently the creator of the 2003 Battlestar Galactica series, a good series that also demonstrates the problems with the old model where ideas introduced in some episodes--like the gods or certain characters' deaths or betrayals--resolved disappointingly when what looked initially like an interesting foundation for storytelling crumbled under the weight of the various tangents the show's different writers took it through. Hopefully the format of Outlander will leave only Moore's virtues as a writer. 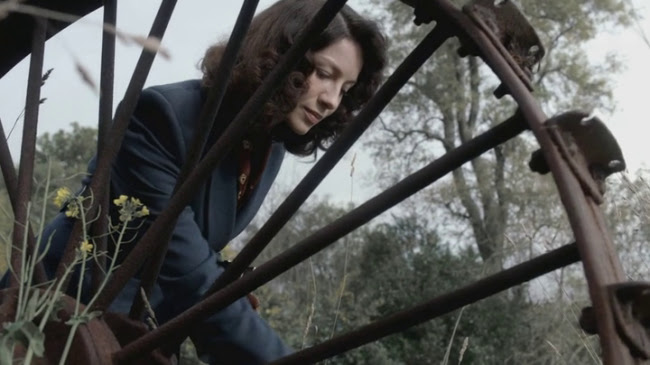 It's a time travel series anchored on a protagonist named Claire (Caitriona Balfe), who provides voice over narration. There's a cosy feeling of being in the character's reasonable and respectable head--she was a nurse in World War II and the series begins just at the end of the war with her vacationing with her MI5 husband and the two of them trying to reconnect. Which is hard, since their disparate war experiences have made them to some extent different people, or so she tells us. She also tells us they always manage to find each other again at the end of the day through sex, of which they both are inordinately fond. We don't really see the disconnect demonstrated, but at least we get to see the sex which, like everything else on the show, is attractively shot, and of course the actors are gorgeous. 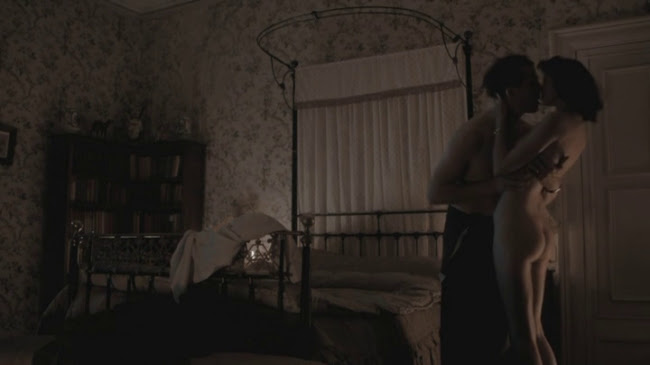 So, yes, the show falls into the classic problem of the voice over narration, in that it often tells more than shows, at least until Claire travels back in time, halfway through the first episode. The moment it happened was one I really liked where Claire compares the sensation to being like a car accident she was in where she fell asleep in the passenger seat and awoke to find the car falling off a bridge. 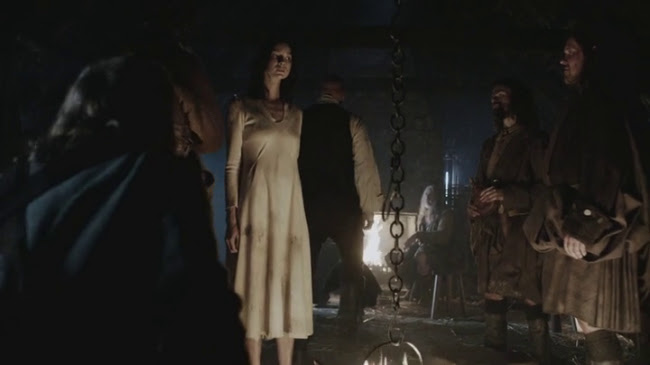 She's roughly introduced to the dirty but honourable Scottish rebels, rescued by one of them before a British officer almost rapes her. I'm wondering if this show will play a little safer than Game of Thrones, though to be honest it's nice not having the series begin with a female protagonist falling in love with a man because he raped her.

Normally I find psychologically flawless characters obnoxious and tedious but Balfe's performance is low key and although she has plenty of shojo scenes where every handsome guy she runs across immediately has cause to respect and want her, the primary impression that comes across is her adjusting to the strange, dangerous, and beautiful environment.

And beautiful is definitely the word. Like I said, the show's attractively shot and as Game of Thrones makes brilliant use of locations in Ireland, Outlander capitalises wonderfully on Scottish moorland. 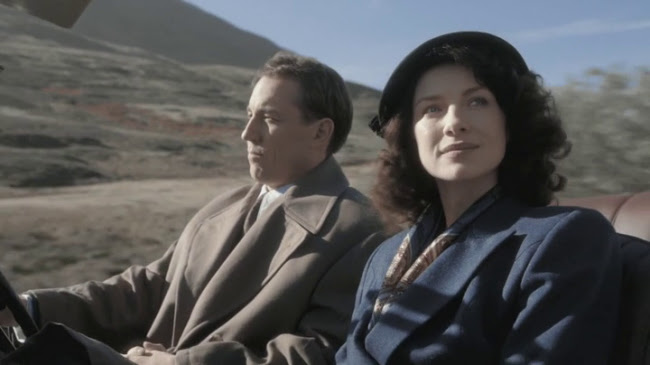