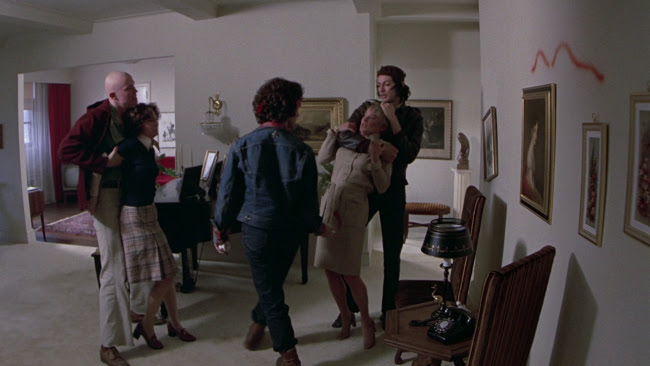 It turns out murderous street thugs are really energetic and plentiful. In 1974's Death Wish, people can't go outside without seeing skinny young men running everywhere, knocking things over, and leering like cartoon villains. We don't learn a single thing about these hyperactive evil doers but the movie seems to feel it provides a completely convincing reason as to why civilians ought to carry guns and kill muggers. This movie isn't merely a vigilante fantasy film, it's a really lousy argument. 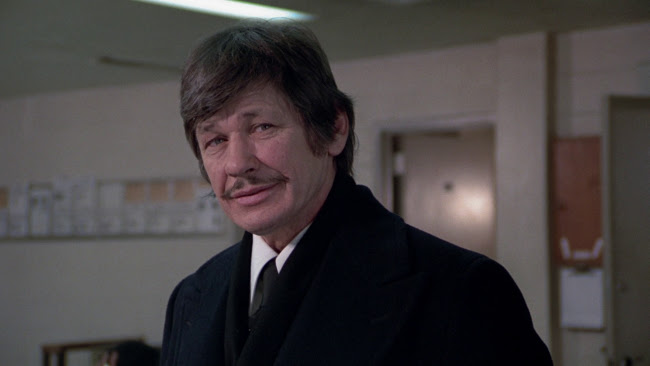 I like Charles Bronson a lot in Once Upon a Time in the West. But it's for precisely the reasons I like him in the Sergio Leone film that he becomes part of Death Wish's bad argument--he always seems cool headed, rational, and emotionally stable. Even after his wife is murdered and his daughter is raped Bronson cries and seems sad but never devastated. There's an imperturbable coolness about him. This, combined with the uniform simple viciousness of the muggers he takes to killing every night, make his vigilantism seem like a good idea. Which would be fine if this were a fantasy film--dull, in my opinion, but really only a fantasy. The problem is that this movie is clearly making the argument that this is something that can be applied to real life. 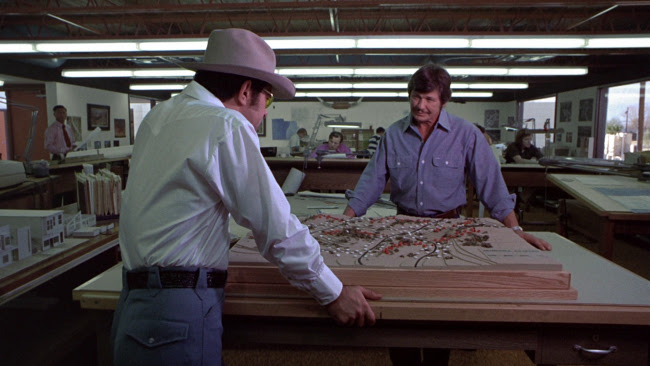 The movie takes time to bring in elements of the opposition argument--Bronson's character, Paul Kersey, is an architect who's established as "a bleeding heart liberal" and he mentions having sympathy for the poor and abhors the idea of violence. A gun nut he meets in Arizona after his wife and daughter are attacked mentions the argument that guns have a phallic status in the gunowner's subconscious. Maybe so, says the gun nut, but doesn't a fellow have a right to protect himself?

Western movies are deliberately invoked when Kersey watches a recreation of a shoot-out while in Arizona. Later, when he becomes a vigilante in New York, he makes reference to Westerns a few times, at one point even challenging a mugger to "draw." 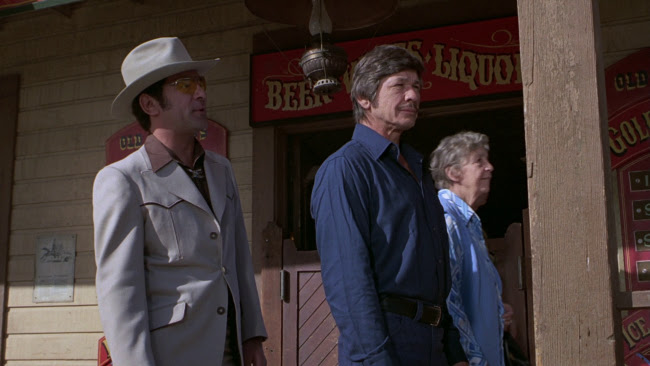 The movie has an implicit faith in the realism of Westerns. Though even in Westerns, two dimensional bad guys aren't as plentiful as they are in Death Wish. As Roger Ebert noted in his review, "If there were really that many muggers in New York, Bronson could hardly have survived long enough to father a daughter, let alone grieve her." 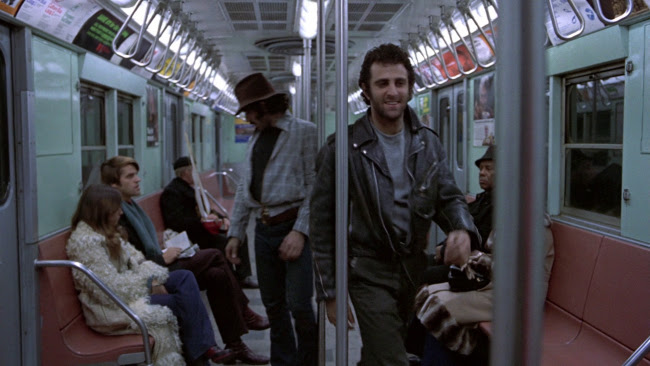 Death Wish is a forty year old film and of course I'm not the first one to point out the fallacies in its logic. But incidents like the shootings of Michael Brown and Treyvon Martin demonstrate that there are still people who think the world is crawling with bad guys who deserve to be gunned down and these bad guys are easy to spot. The movie doesn't permit complications into its argument--we never see grieving family members of the muggers Kersey shoots, we never learn any motives, these guys seem to be just mindless drones of nastiness. Not unlike Jews depicted in Nazi propaganda.

It occurs to me now that Martin Scorsese's Taxi Driver, made just two years after Death Wish, may have been in part a response to Death Wish. More even than the deficit of dimension given to the muggers, the mental state of Paul Kersey is the biggest flaw in the film. Travis Bickle, by contrast, is a far more credible depiction of a man who "would not take it anymore," his paranoid mind feverishly supplying motives to passers-by. And sometimes Travis' helps--though one wonders if stopping the liquor store robbery was really worth the life of the robber or whether everyone in the brothel deserved to die. Everyone's at the mercy of Travis' imperfect judgement. He doesn't have the luxury of living in Paul Kersey's two tone world. 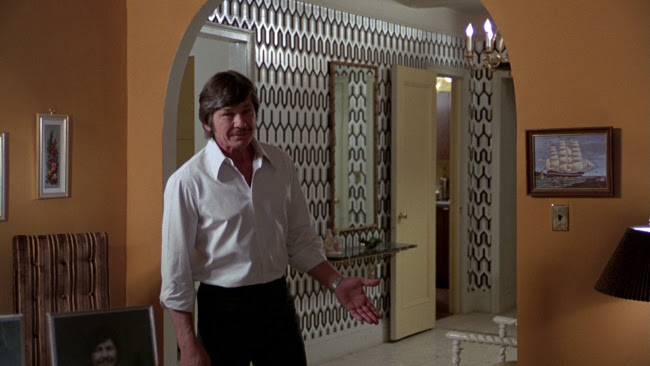 Posted by Setsuled at 5:14 PM
Email ThisBlogThis!Share to TwitterShare to FacebookShare to Pinterest