Whose Fault is the Killer Pink Slime? 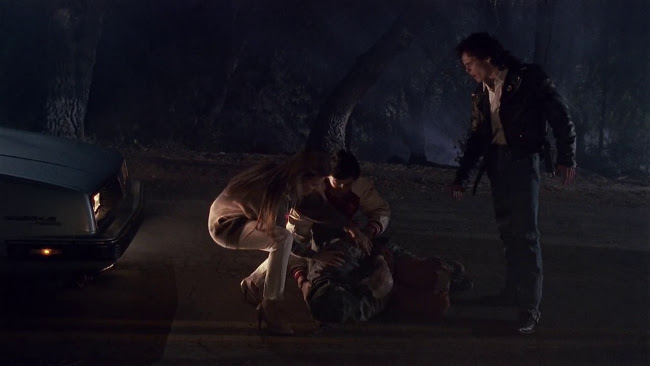 It's hard being a teenager when sometimes adults just don't understand there's a huge, acidic pink goo rampaging through town and killing people. 1988's The Blog is a remake of the 1958 film and carries over the theme of alienation between adults and teenagers and raises the stakes, not just in terms of the Blob's deadliness but also in its portrayal of adolescent maladjustment. Primarily, though, its a delightfully surprising horror film. 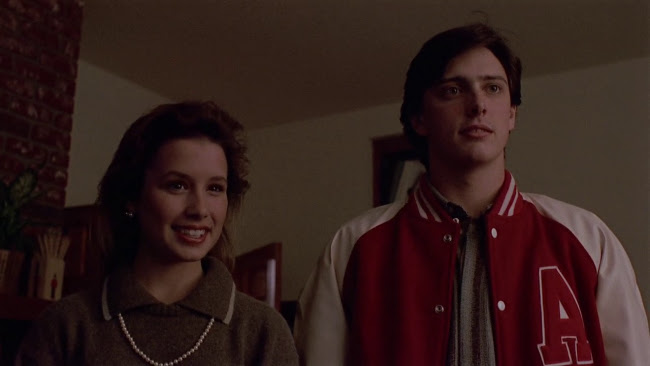 The film replaces the infamously twenty eight year old Steve McQueen playing a teenager with two guys, Kevin Dillon and Donovan Leitch, in their early twenties. But in any case, they at least look like teenagers. Shawnee Smith as the female lead was a genuine teenager at the time of filming, at least, at eighteen. 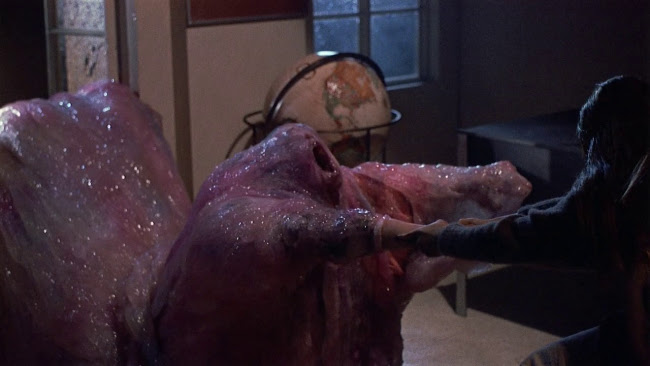 The plot only partially hews close to the original, just enough to pleasantly add to shock value, actually, as deviations from the original story often come with examples of vastly improved, and more gruesome, special effects. 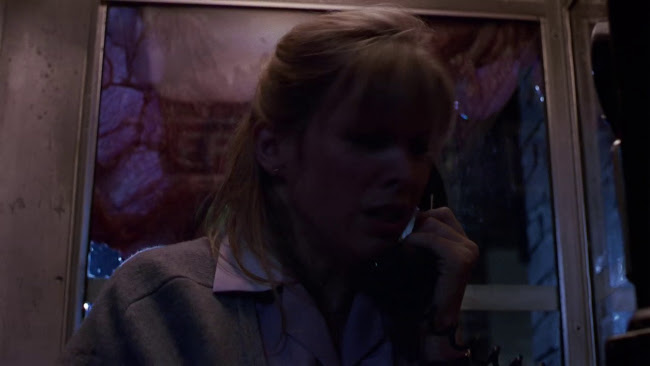 Supposedly the original Blob was meant to be a metaphor for the spread of communism, something I didn't at all pick up on while watching the film--the crawling gunk doesn't really resemble communism in theory or practice. In terms of the psychological effect on people in the U.S., it certainly wasn't teenagers trying to warn their tragically deaf elders about the threat. It's fascinating how communism manifests itself in some films of the 1950s because people who were afraid of it generally seemed willing to write about it without knowing anything specific about it. The best example in my mind being Samuel Fuller's Pick Up on South Street where Thelma Ritter gives a lovely soliloquy about how she has enough to worry about working for a living without communism getting in the way. 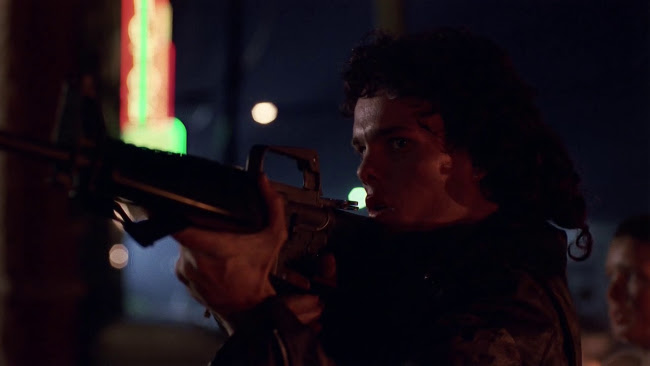 The 1988 Blob doesn't make this mistake although the political view it does espouse is hardly flawless. But I won't spoil it for you. 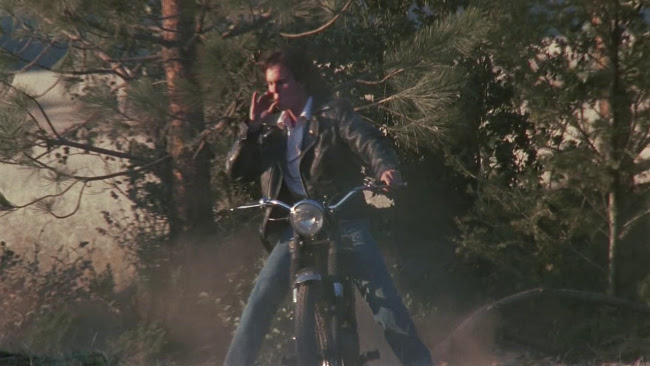 Kevin Dillon's character, a misfit biker, doesn't really have an analogue in the original film despite the fact that his biker archetype would be much more at home in the 50s. He actually works pretty well, wielding a few bitter jokes at the expense of the popular kids but not having his head up his ass as lazily written misfit characters often do, allowing him to exhibit compassion for a guy whose arm is being chewed off and even for a cheerleader.

I also should mention the film has a too brief cameo by Jack Nance playing the doctor who had a much larger role in the original film. It's a shame his character wasn't carried over more faithfully but on the whole the 1988 film is much more effective and much more fun. 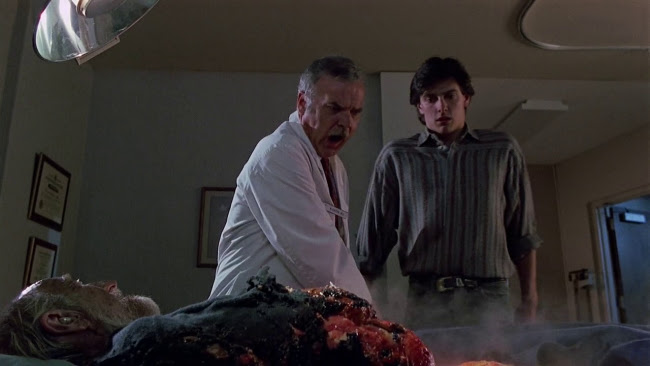 Posted by Setsuled at 12:22 PM
Email ThisBlogThis!Share to TwitterShare to FacebookShare to Pinterest