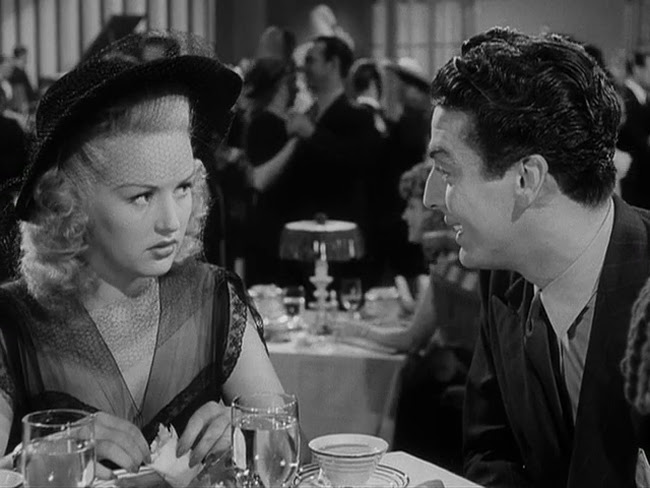 Say you're on a date with your sister's publicist shortly after your sister was murdered. And when you ask him if he loved your sister he says, "No. Do you think if I'd loved her I'd have tried to exploit her the way I did?" Would this make you fall for the guy? It sure wooed Betty Grable in 1941's I Wake Up Screaming, a film noir about men taking possession of women. Or the psychologically harmful effects of trying to see the relationship of the sexes that way. It's nicely shot and effectively sinister.

The publicist, really a boxing promoter, is Frankie (Victor Mature) who meets Jill's (Betty Grable) sister Vicky (Carole Landis) at the beginning of the film in a little diner. Vicky's a cagey and pretty young waitress who's unimpressed by sharp dressed Frankie and his two friends who try to flirt with her in a slightly condescending way. 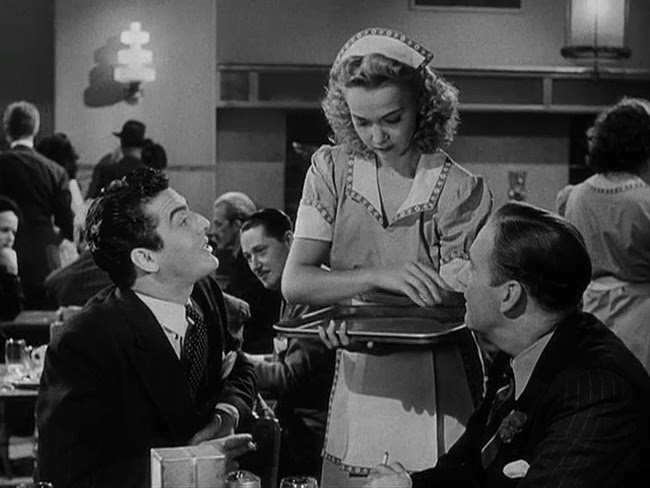 The other two guys are a newspaper columnist and a famous actor and between the three of them they decide, like Henry Higgins, to make over the working class girl and introduce her to society, eventually to make her a star. Unfortunately for the men, Vicky turns out to have enough cool ambition to abandon the three after they give her a leg up. The columnist and the actor are heartbroken, Frankie's just disappointed. Maybe he wasn't in love with her, but he's the only one of the three without an alibi when Vicky's murdered. 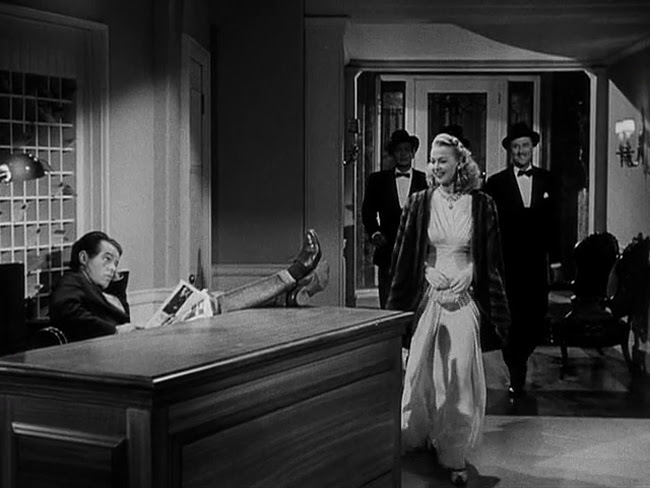 The other prime suspect is Elisha Cook Jr. as Harry, the concierge of the building where Jill and Vicky live. He resents Vicky putting on airs, when we first meet him he won't even do a simple favour for Vicky when she asks. Once again, it's a power struggle. 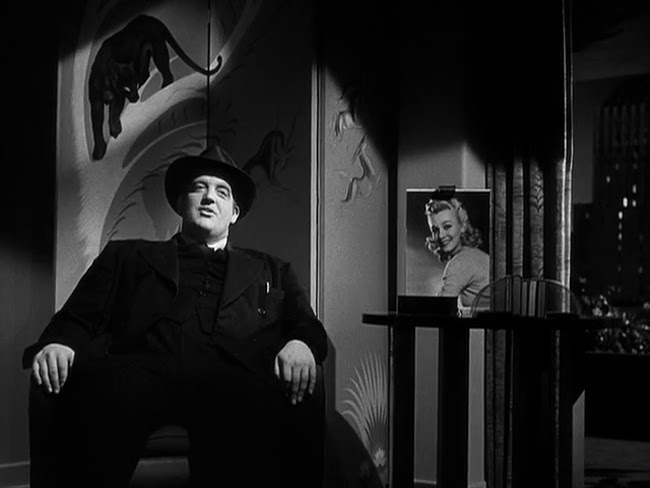 The police detective investigating the murder, played by Laird Cornell like a mix between Vincent Price and Sydney Greenstreet, seems fixated on Frankie. He breaks into Frankie's apartment to watch him sleep, he asks Frankie to give him a ride home at one point, seemingly relaxed and cool as he continually breaches normal procedure and even his legal prerogatives in leaning on Frankie. He continually reminds Frankie of his absolute certainty about Frankie's guilt. 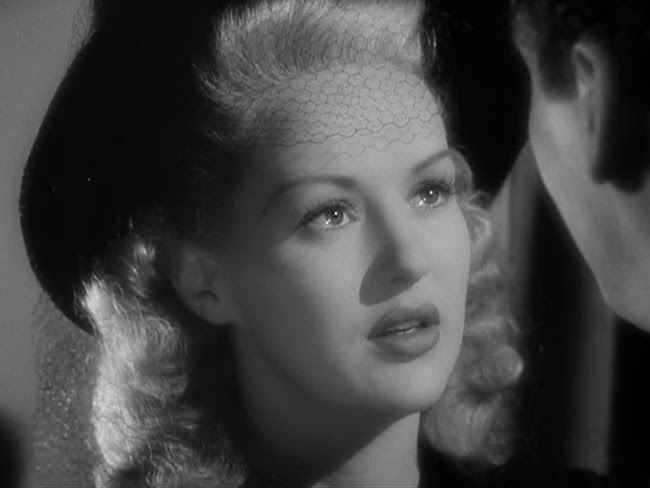 In the middle of all this is Jill, who, as the only one we're certain is innocent works as an audience avatar. Her own initiative in investigating the crime somewhat subverts the gender roles examined by the film, but ultimately she is, unfortunately, placed in second class to Mature--the odd bit of dialogue I quoted at the beginning is actually meant to be endearing. Frankie continues, "Vicky was pretty, gay, and amusing. She had lots to offer and I wanted to put her on the right place on the map. After all it's my business. But when a man really loves a woman, he doesn't want to plaster her face all over the newspapers and magazines. He wants to keep her to himself."

And yet the ending of the film casts a rather fascinatingly sinister light on those words.

There's a deleted musical number from the film that still exists. Initially I thought removing it was a good idea--until I actually watched it and realised the whole thing is about how society is encouraged to see women as children to men.