On the Tracks with Sequinned Blind Fold 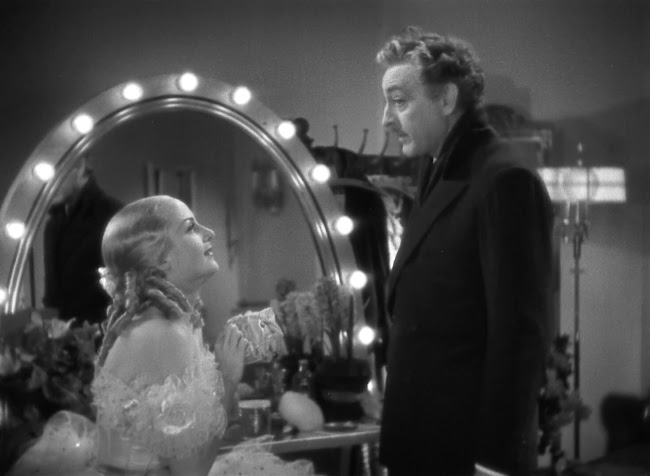 The old question about Hamlet is, "Is he mad or pretending to be mad?" Which, in a way, is a funny question to ask about the theatre. You could ask the question about the two theatre professionals portrayed in 1934's Twentieth Century and although one of them might give you a straight answer it's very likely that neither one really knows. It's what makes this early Howard Hawks screwball comedy so delightful. John Barrymore plays theatre director Oscar Jaffe with the kind of brilliance one might expect from Barrymore's familiarity with the theatre world. Jaffe seems to frame every interaction other human beings as though he's directing a performance where he's the star. The one time in the movie where he's explicitly an actor, where he disguises himself in order to sneak onto the Twentieth Century Limited, the train referred to by the film's title, he complains of being forced into being something so low as an actor. Even this is a calculation, he presence in the theatre so enormous that just as he really is an actor every second of every day there's something vulgar in confining his eminence. 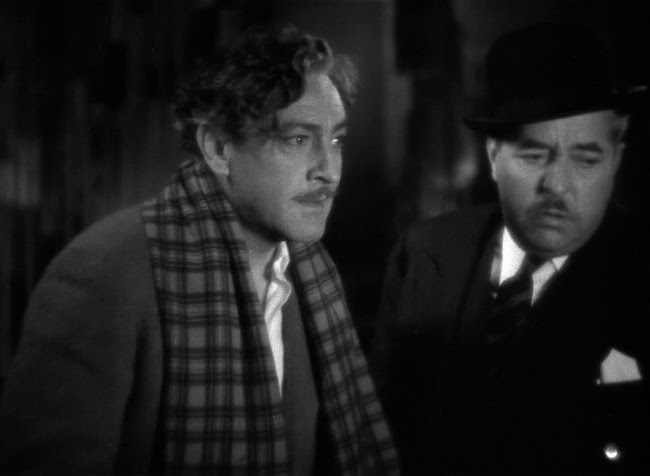 When the film begins, his assistants are searching for an actress named Lily Garland who Jaffe assures them is among the cast of their upcoming production. It's only after a lot of fuss that it's revealed that even Ms. Garland has never heard of Ms. Garland--she still thinks her name is Mildred Plotka. Jaffe has chosen to rename her and has chosen to introduce the name by assuming everyone knows it. 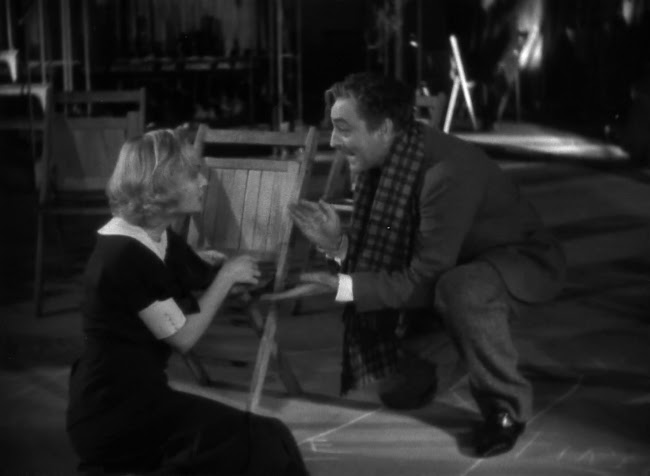 And that's the kind of madness that propels the whole movie. Barrymore is matched perfectly by Carole Lombard as Lily/Mildred who swiftly grows from a shy young woman to a massive star who can say with a straight face that Jaffe had no part in making Lily Garland and it sounds sort of true even though we know Jaffe completely made up her name. 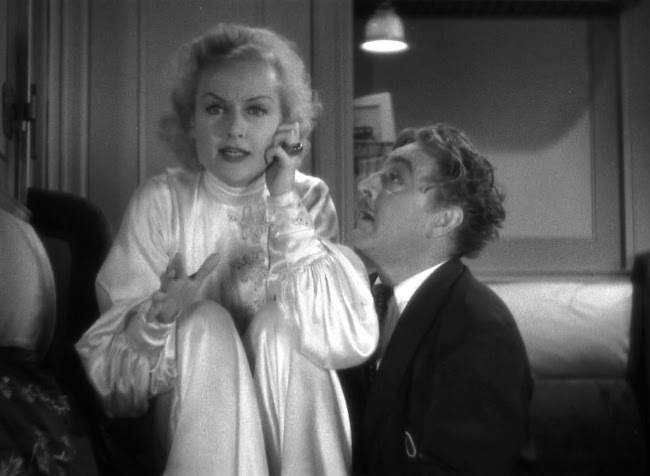 The contest between them is like two storm clouds of artifice colliding, each with its own pre-production, production, and post-production. Jaffe hurriedly puts his arm in a sling before confronting Lily with her lover in the neighbouring train car, Lily wields her movie career like a bludgeon to Jaffe's ego.

Into all this, the film introduces a wealthy religious nut wandering the train and Jaffe suddenly becomes obsessed with casting Lily as Mary Magdalene. 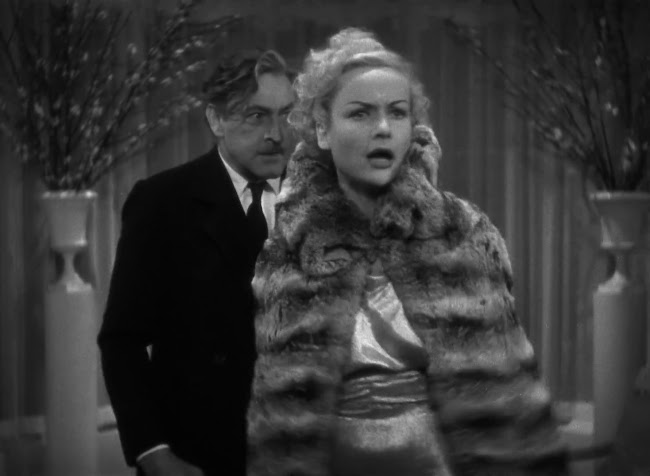 The screenplay's by Ben Hecht and Charles MacArthur and it's great but mainly this movie is carried by Lombard's tremendous energy and time and Barrymore's commitment to a man committed rapturously to his own bullshit.