Beautiful Eyes that See Through Them All 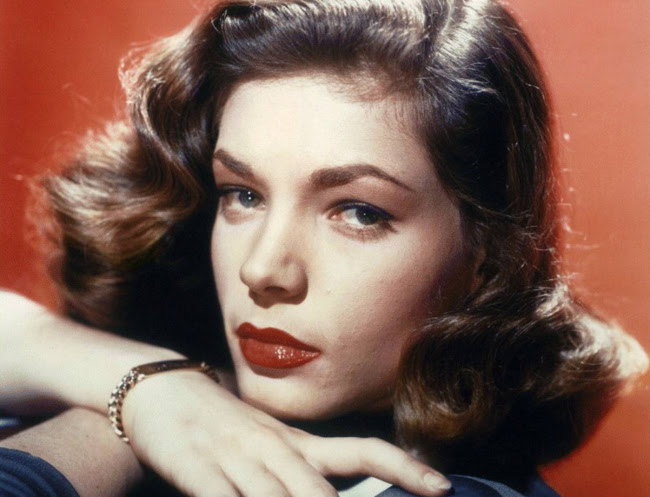 You've probably already heard Lauren Bacall died yesterday. At eighty nine years old, she had a long life and she worked all the way up to the end--imdb lists her among the cast of a movie coming out next year. This is even more remarkable when you consider she started when she was nineteen, in 1944, in To Have and to Have Not, her first of a string of collaborations with the man she married the very next year, Humphrey Bogart.

A beautiful actress finding success so young, one might assume she was cast as a kitten, a childlike mind in a sexy body for a man to dominate, but nothing could be further from the truth. The excitement in her chemistry with Bogart was all about a playful, ongoing contest between two very clever minds.

She was always sharp as a knife and she reminded us intelligence was a beautiful thing. Her along with Barbara Stanwyck or Katharine Hepburn or Joan Crawford . . . Bacall's death has made me think, where are young actresses like that to-day? One could argue for Tilda Swinton, maybe Cate Blanchett. Those two so rarely get the front and centre roles Bacall routinely got, though--or they usually play villains.

Even when Bacall was playing comedy or a character who wasn't necessarily a genius she still seemed like the smartest person in the room. Here she is telling Betty Grable and Marilyn Monroe how it's done:

In addition to starring in movies with Bogart, Bacall performed with him in an adventure radio serial, many episodes of which you can download here for free.

Posted by Setsuled at 3:29 PM
Email ThisBlogThis!Share to TwitterShare to FacebookShare to Pinterest