The Dalek In the Mirror 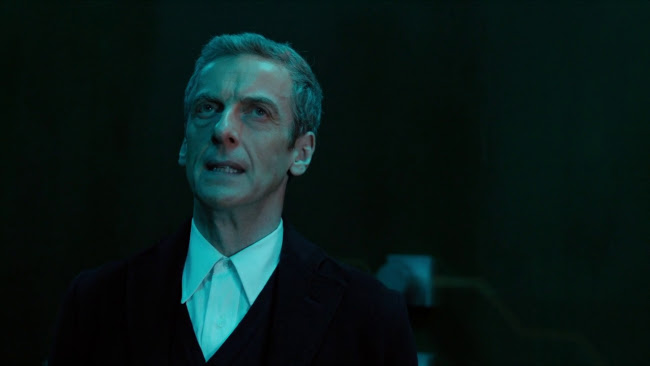 I worry what I like about the new Doctor is going to be what turns everyone else against him--I like how quiet he is. I liked Matt Smith, but I really love how Peter Capaldi doesn't spin around all the time and shout a lot. The climax of "Into the Dalek", the new episode, felt almost like it was written for Smith, though. I think if the writers succeed, it'll be when they learn to trust Capaldi more to deliver very much with very little.

He seems older than John Hurt's War Doctor which is of course appropriate. Remembering that he's undergone a regeneration past the limit normally imposed by the Time Lords gives another dimension to the impression that the Doctor seems to be doing an autopsy on himself, or better, like he's the priest at his own funeral. 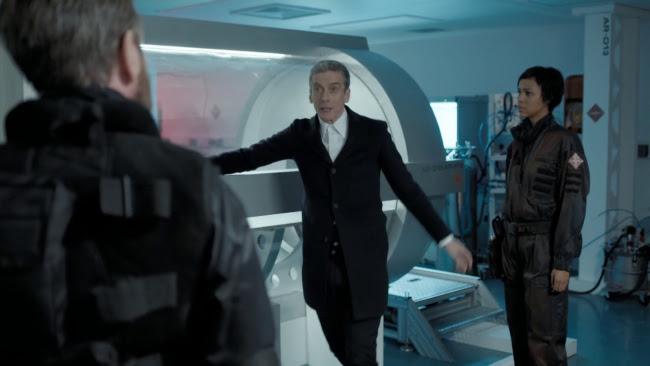 And I only just now realised that's what his costume looks like--a priest's cassock. Wrestling with the subject of morality in this episode, he almost seems like a Dostoevsky protagonist, Alexei from The Brothers Karamazov. This is what makes "Into the Dalek" more than just a retread of the Ninth Doctor episode "Dalek". Where that Doctor seemed too entrenched in his war perspective to hold a more complex view of a Dalek, the Twelfth can now really examine this part of his personality. I really loved the reference to the Doctor's more callous behaviour in An Earthly Child compared to the first episode with the Daleks. That the Doctor chose to see himself as the opposite of the Daleks, that they crystallised for him his own personality by being so simplistic themselves is a nice starting point for a rumination on what morality means if the epitome of evil isn't quite as "pure" as it would like to be. I could have done without the reference to "divinity", though. 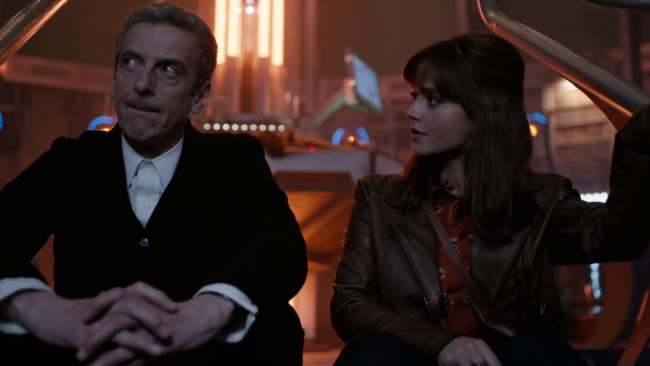 The episode features the Doctor and Clara shrinking to go inside a Dalek, echoing my very least favourite Fourth Doctor story The Invisible Enemy but fortunately not falling into any of its pitfalls. The single biggest problem with "Into the Dalek" is the introduction of a new character, apparently Clara's future boyfriend and fellow school teacher, Danny Pink. 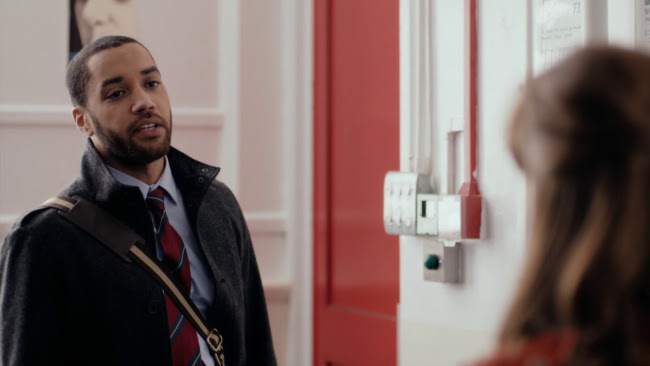 I don't mind the Doctor and Clara not having romance so much as the feeling on the part of the writers or producers that Clara must have a romance with someone. The show got along fine for decades with the Doctor and one companion and no explicit mention of romance. Why introduce a third wheel? That's all Danny's going to be, I can already see it, another Rory.