That Time of Year When Kids Just Need to Summon Satan 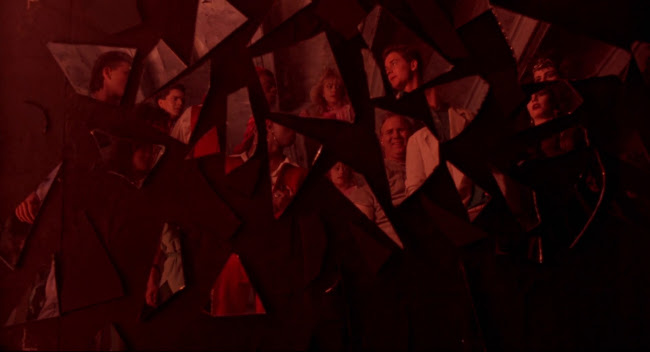 Round up a bunch of pretty young actors, throw them in a big haunted house, and you have the description of a lot of movies and television shows. It's a cliché I've always been fond of for some reason, though. So despite the cheesy acting, directing, and writing, I enjoyed 1988's Night of the Demons. 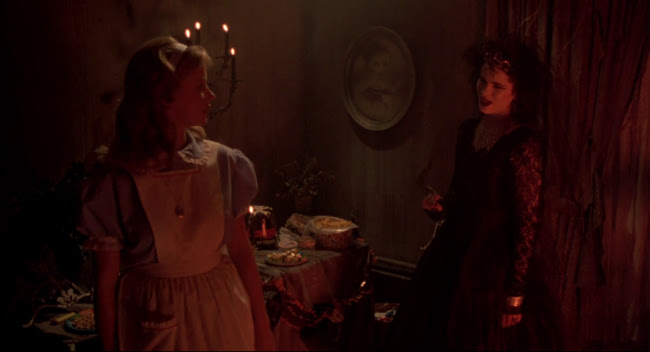 Maybe it's just that the star of the film is dressed as Alice. Cathy Podewell plays Judy about as flatly as all the other teenagers who've gathered to party in the abandoned mortuary on Halloween night. They've been invited by misfits Angela (Amelia Kinkade) and Suzanne (Linnea Quigley) and the invitations are accepted on the premise that Angela is goth and therefore is likely to throw the best Halloween party in town. 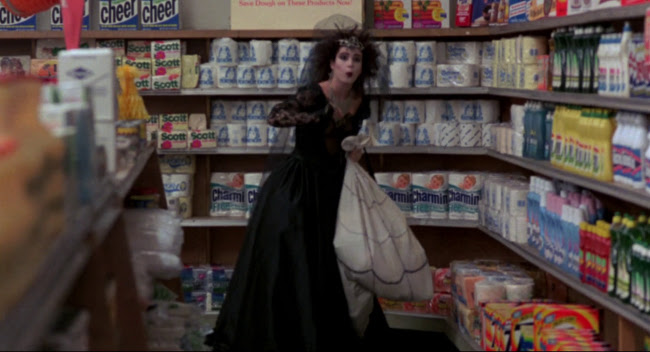 The group parties to generic fake rock written for the film until the demons lying dormant in the building wake up and one takes possession of Angela. This leads to one of the film's most memorable scenes when the radio starts playing Bauhaus and Angela performs a private dance for Sal (William Gallo). 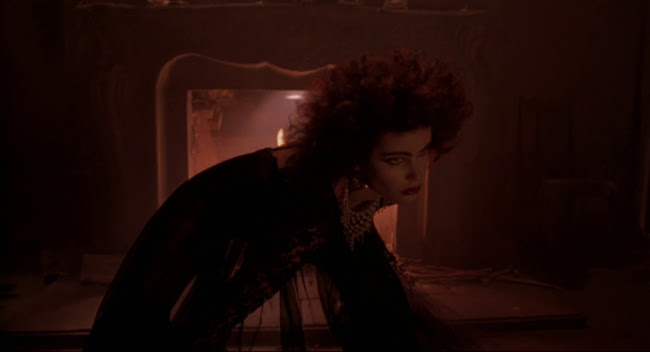 In spite of the general mediocrity, the lighting is actually pretty good--standard haunted house stuff but just the right amount of over the top. 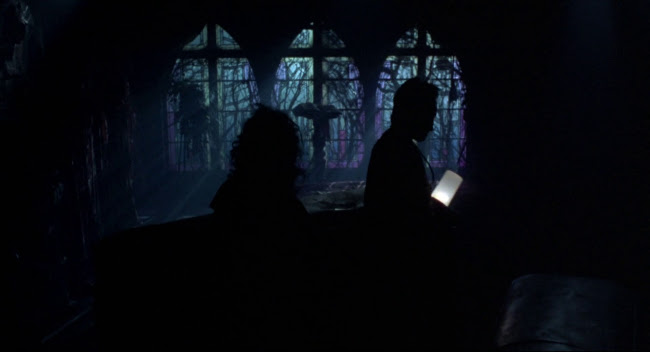 The kids are picked off one by one based on implicit moral judgements on things they've said or done in the film in the tradition of most horror movies. Nothing is really made of Judy dressing as Alice but I enjoyed shots that quietly suggested scenes from Alice in Wonderland. 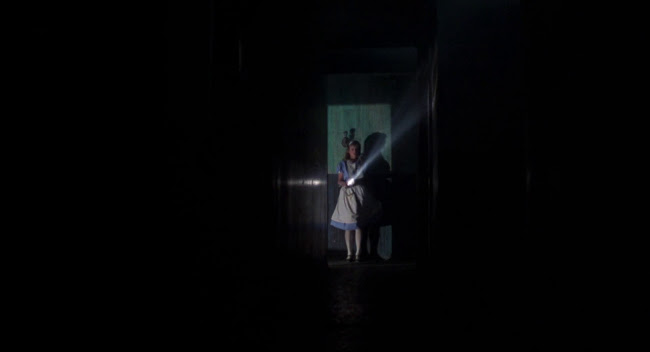 Posted by Setsuled at 1:05 PM
Email ThisBlogThis!Share to TwitterShare to FacebookShare to Pinterest