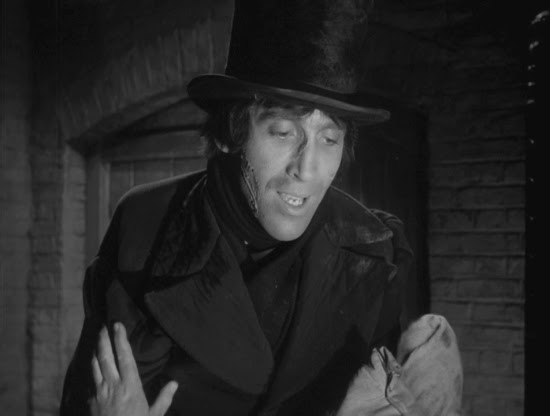 It seems very strange that Christopher Lee is dead. He's appeared in at least one new movie or television series every year since he began acting in 1948 and that doesn't even mention his extensive voice work in video games and audio plays. He said he was going to slow down a few years ago, to take only minor roles, which I guess was his idea of retiring. The idea of not working at all seems like it was unthinkable to him. He was brilliant at it.

I often think of a comment he made in an interview included with a DVD release of Hammer's Hound of the Baskervilles where he contrasted his style of performance with that of his friend and frequent costar Peter Cushing. Cushing preferred to move around a lot, to use a lot of gestures, while Lee said he liked to see how much he could get across by doing as little as possible. Such subtlety of performance is beyond the scope of many good actors and it's no surprise that Lee excelled even in roles where he had no lines at all. Often associated with his portrayal of Dracula in a series of films by Britain's legendary horror studio, Hammer, Lee's first major role with Hammer was actually as Frankenstein's monster in The Curse of Frankenstein. He makes his mark on a legendary character with no dialogue whatsoever.

It wasn't long before he was teamed with Boris Karloff, the actor who first made the creature legendary. Both men play characters quite a bit different from the iconic role their shared but Lee is still mostly silent here. Nonetheless, he uses body language to make "Resurrection Joe" quite distinct. And marvellously sinister.

I actually find Hammer's take on Dracula far less interesting, and so did Lee, who found the films among his least favourite in working at the studio despite his love for the character. The problem is, they were writing Dracula as another Frankenstein's monster or Mummy, another silent horror role Lee excelled in. It wasn't until Jesus Franco's otherwise disappointing 1970 film Count Dracula that Lee was finally able to play Dracula the way he always wanted to, delivering an adaptation of the brilliant monologue written by Stoker for the character in the original book.

All this was before Lee appeared in what is widely considered to be one of the greatest horror films of all time, 1973's The Wicker Man. An exercise in world building to create effectively threatening atmosphere, Lee plays the lord of an island off the coast of Scotland where the populace belong to a neo-pagan cult descended from nineteenth century romanticists. Lee's success here is in not merely being sinister but also quite rational. We can see why an entire community follows his way of life.

As great as he was silent, Lee was capable of delivering a brilliant performance with his voice enhanced by a baritone that only got lower and more impressive with age. A lifelong fan of J.R.R. Tolkien, Lee petitioned for the role of Gandalf for Peter Jackson's 2001 adaptation of Fellowship of the Ring. That role went to Ian McKellen but Lee was cast as the wizard Saruman, more than fifty years after breaking out as a villain Lee once again dominated in that position in a blockbuster film.

Lee appeared in so many films. Even the ones that were lousy were made a little better by his presence. He elevated good films even with brief appearances because he really was so good at doing so much with so little.

He did play somewhat of a Gandalf-ish role in the Hammer film The Devil Rides Out, which may explain why it was reportedly Lee's favourite of all the films he made with Hammer. I'll close with that entire film--it's certainly worth a viewing if you have the time.

Posted by Setsuled at 1:25 PM
Email ThisBlogThis!Share to TwitterShare to FacebookShare to Pinterest