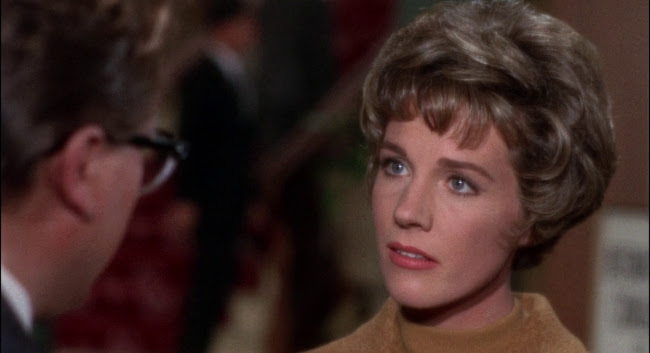 Alfred Hitchcock was often at his best when his camera inhabited the perspective of a character. In two of my favourite Hitchcock films, Suspicion and Notorious, that character is a woman for almost the entire film. So it's a little frustrating contemplating what a missed opportunity was his 1966 film Torn Curtain--according to Wikipedia, its screenwriter, Brian Moore, was hired because he was good at writing from the perspective of female characters and the novel on which Torn Curtain is based is told from the point of view of a female character. The film starts off well enough with Julie Andrews as that character but profound changes to the story a third of the way through and an over-reliance on studio shooting drain the life from this film almost completely. 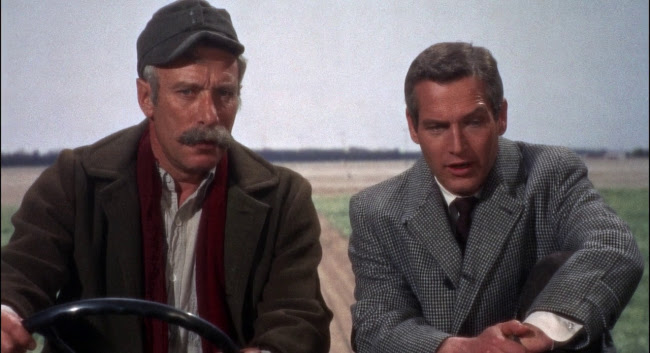 Hitchcock preferred to work in the studio because he liked to have complete control over the environment but I suspect he relied more on rear projection here than even he would have liked due to the rushed production. Then again, a particularly egregious use of rear projected background, when Andrews and costar Paul Newman are at lunch, isn't so different from a rear projected background cafe scene from Notorious that worked perfectly fine.

Of course, it helped that Notorious was in black and white. I would have thought Hitchcock would know better than to do something like this with a colour film--you don't see shots like this in North by Northwest or Vertigo or To Catch a Thief. Those movies all have a much greater feeling of scope and place while Torn Curtain barely feels larger than a television production. 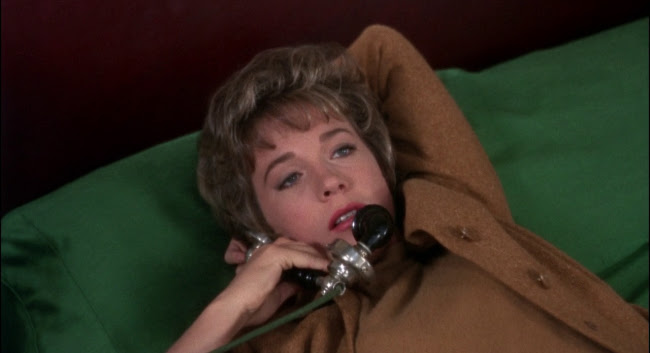 Andrews is very good as the worried wife who's trying to read her husband, played by Paul Newman, who does an excellent job at playing a good hearted but inept spy. He's a mathematician who's motivated by principle. I think Hitchcock in a better frame of mind could've gotten a lot more traction out of Andrews trying to figure out whether or not her husband had really defected to East Germany but the movie lets the cat out of the bag early on in order to switch to Newman's point of view, after which Andrews feels pretty superfluous. 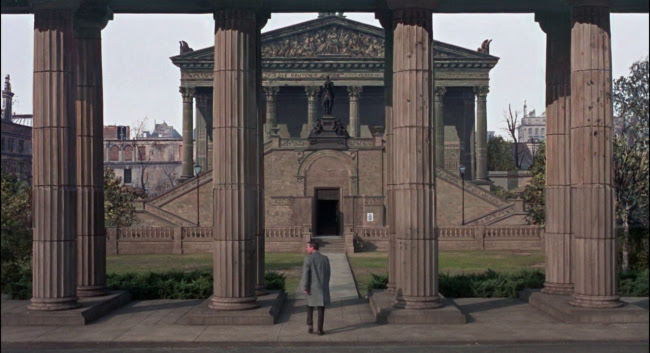 East Germany certainly doesn't seem remotely accurately rendered, either, when I compare it to German films I've seen made in and about it--the East German film Spur der Steine also made in 1966 shows the far more Spartan reality in contrast to the portrayal in Torn Curtain that doesn't look particularly different from wealthy capitalist European countries of the time. 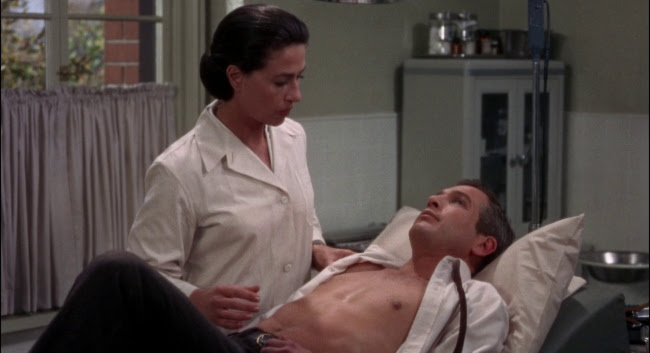 This was the first movie Hitchcock released without a Bernard Herrmann score, he and the composer acrimoniously parting ways during production. The finished score by John Addison, despite Hitchcock's supposed dissatisfaction with Herrmann, comes off as a Herrmann imitation and a very weak one at that, combining with the cheap quality of the studio footage to give the film an overwhelmingly third rate feel. 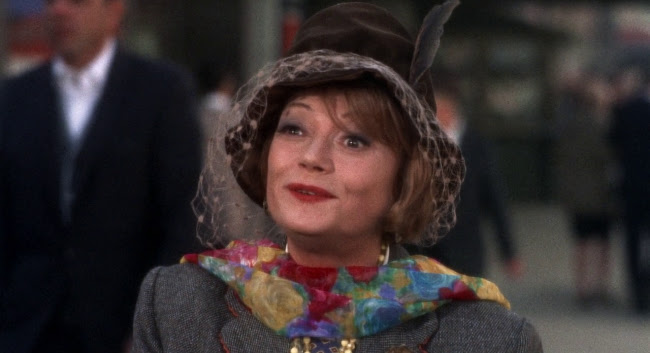 There's an amusing and eccentric appearance by Lila Kedrova late in the film but in the context of everything else there's a too flattering quality about it; the focus on the woman's plight, caught in East Germany, comes off more as a vanity clip for Kedrova than an effective portrayal of a character.

About the only truly effective scene in the film is Newman struggling with an officer who'd been shadowing him. The messy and awkward business of Newman and a farm woman (Carolyn Conwell) trying to kill a man has the sort of genuine contemplation of murder about it that so often gives Hitchcock's films a wicked appeal. 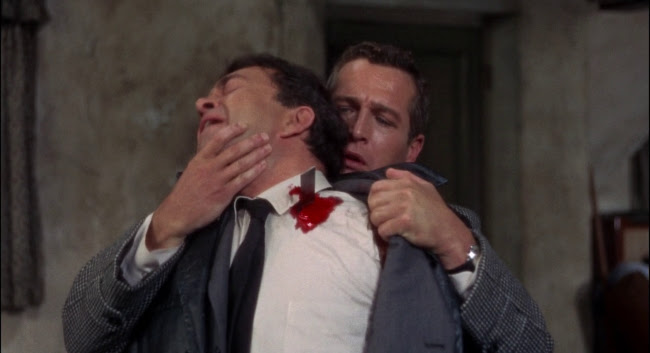 Posted by Setsuled at 1:17 PM
Email ThisBlogThis!Share to TwitterShare to FacebookShare to Pinterest