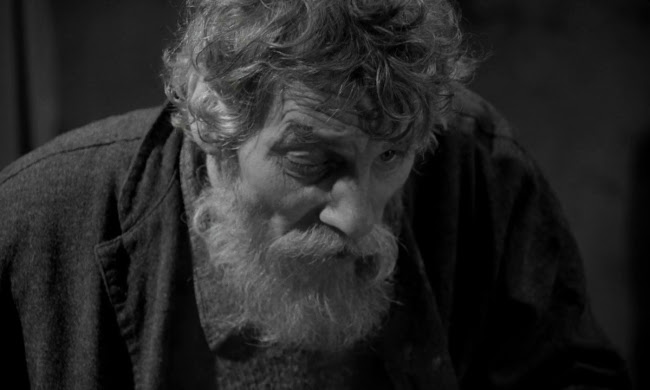 I wouldn't normally recommend what amounts to surveillance footage of the dullest people who ever lived and it's not whole-heartedly that I recommend 2011's The Turin Horse. Intended by its director, Bela Tarr, to be about the "heaviness of human existence" it really doesn't come across that way. The film's three characters are too peculiar for their experiences to be a universal statement but their soul crushing lack of imagination is certainly a trap into which any human beings might, and often do, fall prey.

The film essentially consists entirely of a series of long takes--I've spoken to a few people who believe that the recent Oscar winner Bird Man was the first to do this but I can point as far back at least as Alfred Hitchcock's Rope. Since here everything we see consists of the remarkably unremarkable daily lives of a cart driver (Janos Derzsi) and his daughter (Erika Bok) it gives the film the surveillance video quality I mentioned except for the fact that the shots are carefully, fluidly, and beautifully composed. 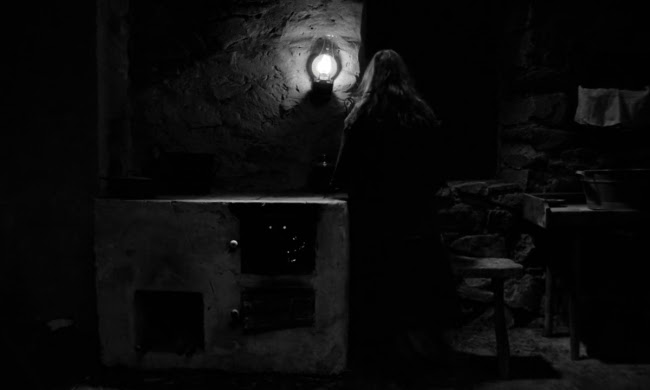 Which ironically makes their boredom seem all the stranger--how can they be so bored when everything's so beautiful? The film really has three characters, the third, the horse of the title, is introduced in the film's gorgeous opening crane shot as the beast trudges home through fierce winds pulling its daily burden, man and his cart. 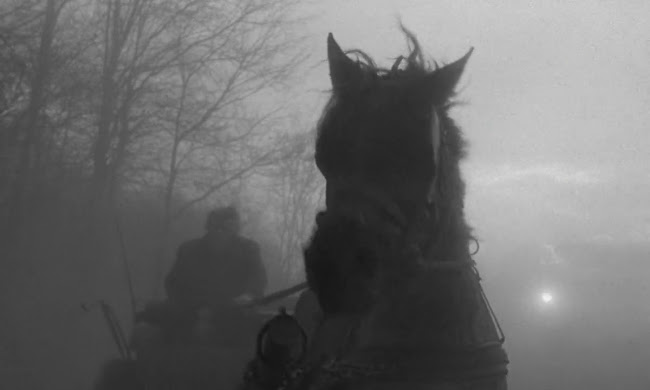 The idea for the film was prompted by Friedrich Nietzsche's mental breakdown at which time it's said that Nietzsche spontaneously embraced and wept for an uncooperative cart horse being whipped in the street. The horse depicted in the film is apparently meant to be this same horse and the filmmakers do a pretty credible job of rendering the sort of existence led by the horse to evoke Nietzsche's horrified and affectionate empathy for it (Nietzsche wouldn't have liked me to use the word "pity"). 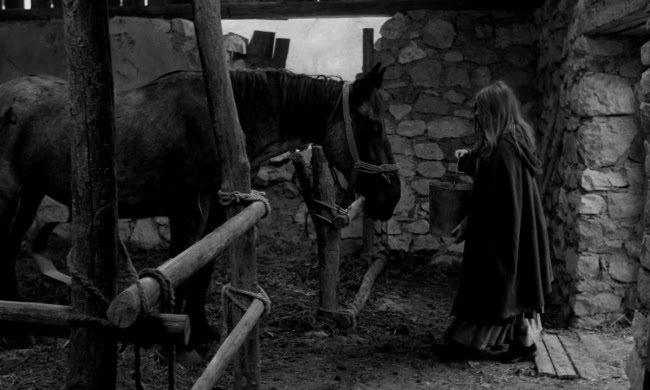 Animals do get depressed. I've personally witnessed my aunt's cat stop eating when apparently suffering distress at the death of another of my aunt's cats so the horse's grim existence causing it to stop eating is entirely plausible to me. The man and his daughter's inability to diagnose the horse's refusal to eat is an interesting mirror of their own lack of self awareness. They keep going through their daily routine, rarely speaking--only to give basic instructions and once the man remarks on a slight difference in the sounds he hears at night while lying in bed. Entertainment for them seems to consist entirely of now and then stopping, sitting in a chair, and staring motionless out the window. 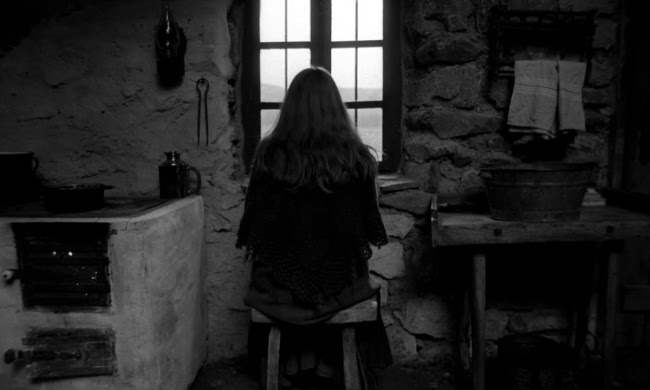 They themselves seem to lose interest in food, every day the daughter boils potatoes for the two of them which for some reason they never wait for to cool and never manage to finish eating. Everything's done in single long takes, as I said, so we actually watch the actors make the potatoes, peel them, and eat them in real time. All this would probably be unendurable if it weren't for the compositions Tarr and his cinematographer Fred Kelemen come up with. I'm almost hesitant to call it a movie. It's relaxing, sort of hypnotic. It's like the most sophisticated screen saver ever made.

Posted by Setsuled at 1:55 PM
Email ThisBlogThis!Share to TwitterShare to FacebookShare to Pinterest